The new Anglican Bishop of Wellington has been announced - and he may be the least likely-looking bishop ever elected in New Zealand.

• Not your ordinary bishop - the Campbell Live report

• The DomPost piece on Justin 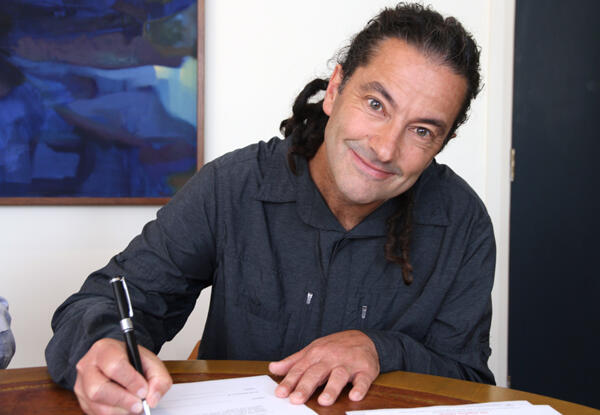 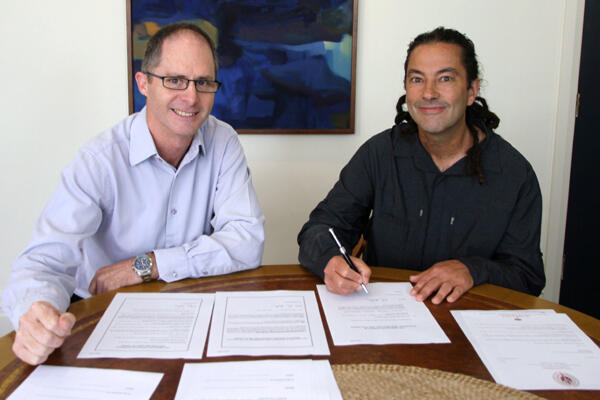 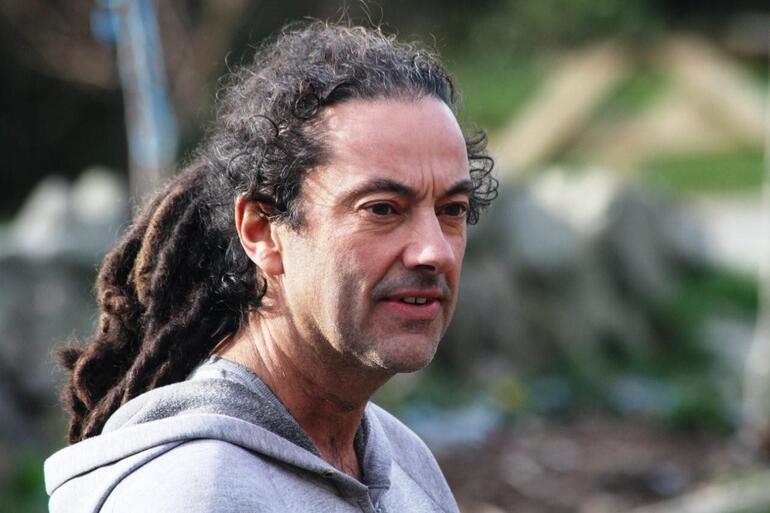 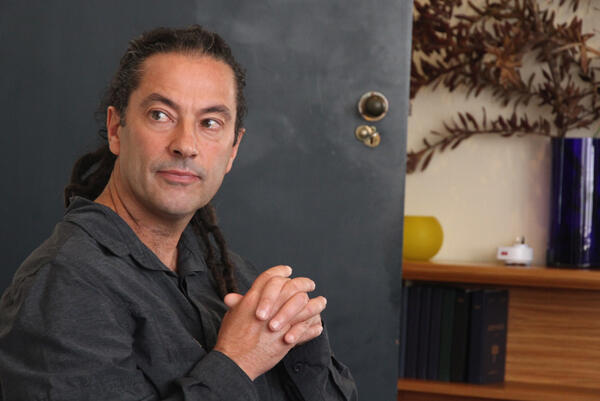 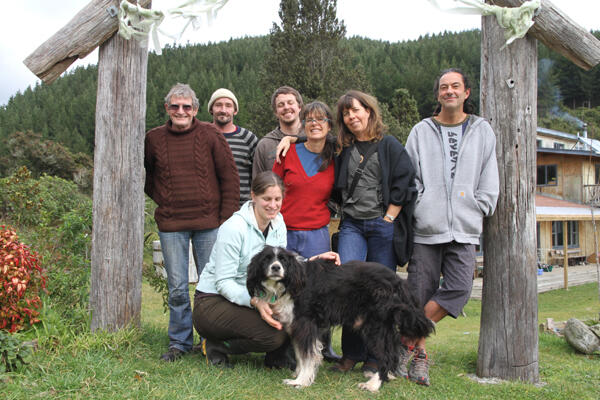 Justin Duckworth has been announced as the next Anglican Bishop of Wellington.

And he may just be the least likely-looking bishop ever elected in New Zealand.

He has dreadlocks, for starters. He’s usually in shorts and bare feet, too.

But the voters in the Diocese of Wellington saw past that.

They saw instead that he’s been at the cutting edge of Christian ministry “to the last, the lost and the least” in Wellington for 25 years.

Justin, who is now 44, began Christian work in Wellington as soon as he’d left school.

In his early 20s, he and his new wife Jenny began running a home for teenage women in Berhampore.

After seven years there, they moved with their young children into Upper Cuba St to live among the street people – with transvestites on the one side of them, and prostitutes on the other.

With other young Christian activists, Justin and Jenny then formed Urban Vision, with each person pledging “to give their best for the least”.

Fifteen years later, there are now some 60-odd ‘Urban Visionaries’ running houses in Wellington neighbourhoods where life can be a struggle. In each of those homes, young Christians are living alongside folk from the margins.

Justin and Jenny also pioneered Ngatiawa, a contemporary monastery in the Reikorangi Valley which provides a welcome to strugglers, to those seeking retreat, and to those seeking a more meaningful lifestyle. Last year, 1100 visitors stayed there.

In the early days, those young Christian radicals who made Urban Vision had all quit the mainstream church.

But nowadays, two of Urban Vision’s founding fathers are Anglican priests, while others are on the ordination track – and Justin is now the new Anglican Bishop of Wellington.

He says he feels “humbled, privileged, excited – and terrified,” to have been chosen as Bishop.

“But what’s really helpful,” he says, “is that right the way through this journey, we’ve felt God’s presence and encouragement to go forward.

“And there’s been the constant reassurance of people in the diocese, who’ve said to me: ‘We discerned you as our bishop. We believe God is inviting you to be the person you are. We don’t want you to change.”

“My message to our diocese is this: God is wanting his people to go on a journey – and if we have the courage, he’ll be faithful to equip and sustain us on that journey.”

Justin’s election has been welcomed by Archbishop David Moxon.

“The Electoral College clearly identified Justin's Christian lifestyle, Christian discipleship and Christian mission as key – and I am confident that his election will challenge, inviigorate and grace the church with a deep sense of the breadth and height and depth of the love of God.”

Justin will be ordained the 11th Bishop of the Diocese of Wellington on Saturday, June 30.

“For me, it’s always about change and transformation.

“I realise the Anglican Church is struggling – but it has a fine legacy, it has literally thousands of faithful, unrecognised saints, and it has huge potential.

“So it’s about using the skills and passion I possess, and the experiences I’ve had in the last 25 years… and bringing those to bear to help the Anglican Church to realign a little bit.

“To realign to be a force for transformation in society.”

On faith in society

“I think people underestimate the role of faith in our society.

“We used to foster for CYFS, and we’d go to their training days – and it was hilarious.

“Because you’d turn up, and you’d realise that everyone in the room was a Christian.

“In my experience, Christians are at the core of the social sector in New Zealand.

“They’re providing a safety net for our society.”

On the Anglican Church

“I think the Anglican Church is doing amazing stuff, and is a total treasure.

“But it’s a treasure that needs to be dusted off.

“At this point in our history, we’re aging, and I think we’re struggling to find our way.

“If I can help us find our way, and help us engage with another generation, then I’ll be happy.”

“We live in a society obsessed with entertainment and greed.

“The Government is talking about an Auckland casino getting hundreds more pokie machines. That’s a classic example.

“Is this really what we want?

“That in the name of economic efficiency, we increase the cancer of gambling in our society?

“That just seems absurd to me.

“And I think that as a society we have to re-engage in a dialogue with faith, and to recognise that faith, hope and love are values that society depends upon.”

“In our last 25 years of ministry, Jenny and I have connected with those who have borne the brunt of our cultural obsession with greed.

“I feel the need to question the church and society about that.

“Because the church and society should be judged on how they look after the weakest, and most marginalised people – whether they’re old, young or children.

“We need to remind our church and society that ultimately, it’s fragile and vulnerable people who will be our yardstick.”

“I also feel that for the last 25 years, we’ve been bridge-builders and connectors – so the stories of those who have been marginalised can be heard.

“It’s not about being anti-prosperity, either. Over that time, we’ve met so many great people who, for whatever reason, are really wealthy – but also really generous and caring, and genuinely wanting to know what to do.

“So for me it’s about drawing together people from a fragmented church, and a fragmented society, so they can sit at the same table, and learn from each other, and belong together.

“I think we’ve been able to make that happen. We’ve brought diverse voices together.

“And that’s a good skill to have.”

“I’ve done a lot of thinking and work around what it means to be Pakeha in Aotearoa.

“As Pakeha, we recognise the atrocities of colonisation.

“But we also recognise that we can’t spend our life operating out of a premise of guilt.

On being church in Aotearoa

“We’ve done a great job in the Anglican Church in building proper relationship between cultures.

“The three tikanga structure was a spot of brilliance.

“But I think we’ve often stopped there.

“Our local congregations and parishes themselves need to realise what it means to be at home in this country, too.

“So they’re proud of who they are, and proud of being at home in Aotearoa.”

The Paul Holmes interview with Justin Duckworth was remarkable but it has dropped from the Taonga Site. Can anyone help me to find it?

I would say everyone is so happy over the appointment is the reason.
Barry Smithson

Interesting that no one has commented on this story yet. Lots of comments on blog sites (e.g. anglicandownunder.blogspot.co.nz) but not on the official news site. A sign of the times...?