Primates call for three-year suspension of The Episcopal Church from any Communion decision-making and representation on ecumenical and interfaith bodies.
• Walking together in the service of God to the world
• How the Church Times sees it
• Episcopal News Service report
• The Guardian: Liberals pay price for avoiding schism
• Daily Telegraph: Partial victory for traditionalists
• New York Times: Archbishops discipline Episcopal Church
• Watch Archbishop Welby talk about same-sex marriage
• Primates' statement on evangelism
• ACNA Primate 'was given voting paper on TEC'
• Not really a suspension, says US academic 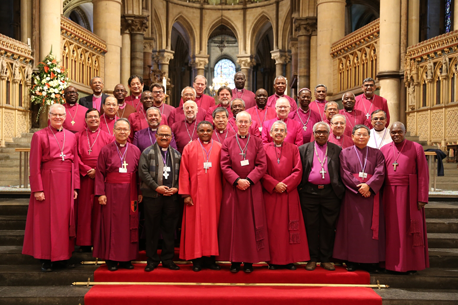 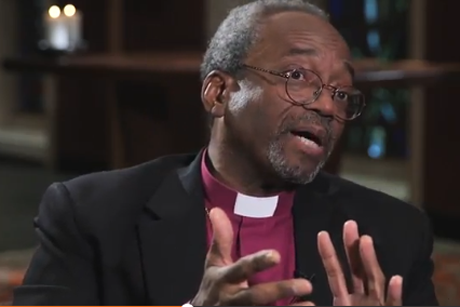 The Anglican Primates have voted to suspend The Episcopal Church of the United States for three years from any Communion decision-making and representation on ecumenical and interfaith bodies.

That is the key conclusion of a statement released today by the Primates’ Meeting in Canterbury, which had been called “to pray and consider how we may preserve our unity in Christ”.

The statement says “recent developments in The Episcopal Church with respect to a change in their Canon on marriage represent a fundamental departure from the faith and teaching held by the majority of our Provinces on the doctrine of marriage.

“Possible developments in other Provinces could further exacerbate this situation.”

The statement says the majority of Primates have reaffirmed the traditional doctrine of marriage as between “a man and a woman in faithful, lifelong union.”

A task group will now be set up to look at “the rebuilding of mutual trust (within the Communion), healing the legacy of hurt, recognising the extent of our commonality and exploring our deep differences.”

The communique had been scheduled for release at the end of the gathering, late on Friday afternoon (GMT) but was leaked.

Today the Primates agreed how they would walk together in the grace and love of Christ. This agreement acknowledges the significant distance that remains but confirms their unanimous commitment to walk together.

The Primates regret that it appears that this document has been leaked in advance of their communiqué tomorrow [Friday]. In order to avoid speculation the document is being released in full. This agreement demonstrates the commitment of all the Primates to continue the life of the Communion with neither victor nor vanquished.

The full text is as follows:

Deja vu!
At least last time the Primates requested, rather than 'required' TEC not to send reps to the ACC meeting of 2005. By what right do they purport to 'require' TEC not to be elected to any internal standing committee?