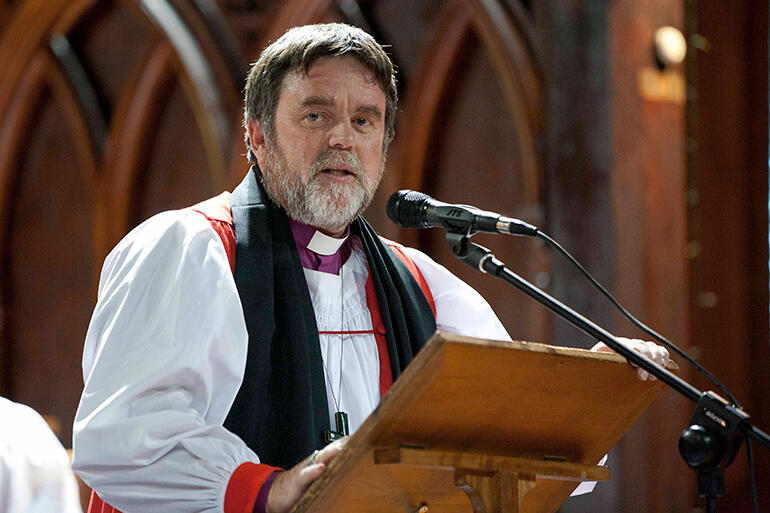 The images we see from Syria each week underline the reality: we live in a world racked by violence, hatred and extremism.

We live too in a world of instant communication, where a decision or action taken in one place has a direct impact tens of thousands of kilometres away.

When the archbishops of the 38 regions or provinces that make up the worldwide Anglican Communion met in England last week, at the invitation of the Archbishop of Canterbury, that was the reality that framed our gathering.

The presenting issue was a crisis in the Communion over widely-differing views on human sexuality and same-gender relationships – and on marriage.

The Anglican Church in the United Stated had recently changed its definition of Christian marriage to be gender neutral; describing Christian marriage only in terms of faithfulness, fidelity, mutual commitment and love – with no mention of a man and a woman.

In other parts of the world, Anglican Church members strongly believe that gay and lesbian orientation and behaviour is fundamentally wrong – and in a few cases have even been complicit in harsh and violent persecution of gay and lesbian people.

In reality, therefore, there is much that divides us.

Before our meeting there was intense media speculation that the Anglican Communion would split, irrevocably, and that there would be a walk out early in our meeting.

There were rumours of cars waiting outside the precincts of Canterbury Cathedral, with motors running, poised to whisk schismatic archbishops to an undisclosed venue, there to proclaim an alternative Anglican Communion.

The media waited outside the gates in anticipation. And waited…

The reality inside the room was quite different.

We faced a simple choice: to stay inside the room and work with these enormous differences of view – or to walk away from each other.

We chose to stay.

We were invited to place ourselves in the shoes of the other. We did so imperfectly, hesitantly.

The listening was intense. Exhausting. Hour after hour, day after long day.

We listened not just to pleas about sexuality.

We listened, for example, to Primates from Bangladesh and the Pacific describing the impact of rising sea levels on their peoples, millions of whom eke out lives mere centimetres above the high tide level; we listened to African Primates as they described the desertification of vast areas of Africa, and the stripping of the rain forests.

No clinical or academic exercise

We heard too, from Primates who represent Arctic communities which are losing their traditional ways of life.

This was no clinical or academic exercise. These were stories of real people, usually the poorest of the poor, who are most profoundly affected by global warming. Every archbishop who spoke was describing communities under their care, people they visit and know.

We tried to understand the experience of colleagues living and working in parts of the world stricken by religious extremism and violence – and where the decisions made in another part of your church, in another part of the world, lead directly to the intimidation, beating and, in several documented instances, killing of innocent believers.

We heard stark accounts of human trafficking. And we heard of the abuse of the most vulnerable, especially women and children, including by church members.

We listened to stories of corruption and croneyism, of totalitarianism and torture.

We also saw and heard of great courage, compassion, humanity and faith in the face of these challenges.

We tried, too, to grasp the pain of exclusion and the dehumanisation of people, simply on the basis of their sexual orientation.

As we listened so long and so hard, we found our understanding deepen, and our own categories and assumptions challenged.

In the end, on the issue which was to split us, we stayed together. And we recommitted ourselves to meeting, regularly, so that we might continue to build trust and understanding.

Looking for the winners...

In the end, the 80 journalists and 15 TV crews who gathered for the final press conference looked for winners and losers.

In reality, though, we were all losers – because we are still fractured, broken, still inclined to mistrust.

But we are committed to staying with each other.

We are committed to walking together, to trying to see through each other’s eyes, to stepping into each other’s worlds, and to keeping on keeping on until mutual understanding grows.

In simplest terms, I think we learned that we are all of us interdependent, and that we need each other. And when we put the needs of our most marginalised brothers and sisters first we can see this more clearly.

At our final gathering for worship we were addressed by Jean Vanier, a remarkable Catholic philosopher and humanitarian who, in 1964, founded the L'Arche communities, which are a worldwide network of communities for people with developmental disabilities and for those who help them.

At the end of his address Jean Vanier invited each of us to wash the feet of our neighbour. We were then asked to lay our hands on the head of the one who, kneeling before us, had washed our feet.

We were praying for their life and work and asking for the blessing of God upon them. We were archbishops from widely different worlds, some with views at extreme ends of a spectrum on various issues, serving and praying for each other.

Would that such humility were a constant in my Church and our world!

My understanding of this meeting is that 30 Primates opposed the steps that the Episcopal Church in the USA has taken (and the Church in Canada is about to take) in relation to redefining marriage to include LGBT relationships and 8 (including Canada) were in favour of the Anglican communion moving in that direction.

That opposition from the majority of Archbishops hasn't stopped the Canadian church or Archbishop from proceeding in the direction they are committed to, nor has it altered the stance the conservative GAFCON archbishops have taken. Doesn't that mean that if the NZ church follows in the footsteps (for example) of the Canadian church's direction that we are 'out of step' with the majority of the Anglican communion on this matter?

With the many problems and issues facing and dividing the Anglican Communion, the importance of staying in the room talking together, why was The Episcopal Church singled out for a 3-year Time Out?

Are we LGBT people part of your church Phillip. Did you speak passionately for us as your brothers and sisters, Did you say you would not be part of a church that excludes us. I would really like to know.

I remember many years ago the late Bishop Ted Buckle was involved in an Anglican Roman Catholic Dialogue process. It was after women where ordained in NZ. Word came back from one of these that he had said something like "the ordination of women is negotiable". It seems the inclusion of LGBT people is similarly negotiable.

I have remained excluded from your Church for over 20 years now until I finally decided to try and move beyond the pain you inflicted on me over my sexuality. I understand the struggle you face, but please remember we continue to bleed in the silence and violence your decisions continue to deliver.

My sins are great - the hatred I have felt toward you - the bitterness I have passed on to others. I have returned because I believe in the transformative reality of Christ - yes I need transformation from hatred - but you need to stop the violence. Silence is the worst type of violence - sayings nothing is a cruel and deeply un-Christian action, and must be addressed. Hearing my pain is important, because like it or not, you inflicted it upon me and then refused to speak to me for 20 years until I had the guts to walk through your doors again.

My words are raw, but I believe in communal honesty and non-exclusion while facing the hardest questions. This is the only way we can all stand with integrity before our wounded and risen saviour.

As a person exploring the possibility of becoming a priest in The Episcopal Church in the United States, I greatly appreciate your thoughts on the Primates meeting.

Many of my friends are very focused on it. Others feel that it really doesn't have an effect on most people's lives.

For me, I continue on in great hope. The discussion about human sexuality and what it means to show God's Love to all God's creatures has become much larger, and even though I disagree with the decision of a majority of the Primates, I think, in reality, we are very far from being all losers. Instead, we are all broken sinners desperate for God's love, and showing that to the world is actually a very good thing.