Staff roles are set to be reordered from the current structure of the London-based Anglican Communion Office (ACO) following a review into the operational priorities of the ACO. 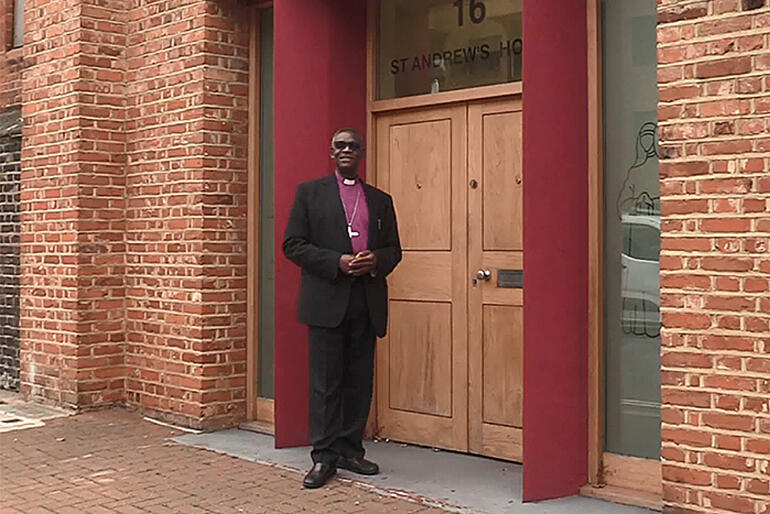 The Anglican Communion Office which serves as secretariat of the global family of 41 Anglican Churches is undergoing a significant organisational change following an ACC Standing Committee led review.

The ACO comprises staff from the Anglican Alliance and the Lambeth Conference Company in addition to the ACC, and only ACC roles will be affected by the changes.

The ACO review was commissioned by the Anglican Communion Standing Committee in May 2020, and has been carried out by an independent group drawn from across the regions of the Communion, chaired by the Archbishop of Cape Town, Thabo Makgoba, Primate of the Anglican Church of Southern Africa.

The review recommended that the work of the ACC should focus on supporting the Instruments of Communion: the Anglican Consultative Council, the Archbishop of Canterbury, the Lambeth Conference and the Primates’ Meeting – as well as those elements of programmatic work which could not be undertaken more effectively regionally or within provinces, such as the Communion’s Unity, Faith and Order global work.

The new focus for ACC staff will be to facilitate and coordinate programmatic work by member churches and authorised networks.

The restructuring has placed a number of staff at risk of redundancy and a formal process of consultation is underway. Due to Covid-19 lockdowns, much of the programmatic activity and meetings of the Anglican Consultative Council are currently already suspended; and a number of eligible staff remain on temporary furlough with the support of the UK Government’s job retention scheme.

The Anglican Consultative Council (and its staff) is funded mainly by contributions from member churches and the Covid-19 lockdown around the world has been costly for many, as the suspension of regular worship has resulted in a fall in giving. However, in a written Case for Organisational Change distributed to staff, ACC Standing Committee has been clear that the proposed changes were not only driven by the Covid-19 pandemic.

“The first and primary driver was changes within the Anglican Communion which support a re-focussing of work undertaken by staff of the ACC towards support for the Instruments of Communion and those areas of work which cannot be undertaken more effectively through provinces, regions or other agencies.”

The case for change document said its proposed moves are also led by the fact that “resource gaps between provinces in terms of education and technology have reduced significantly and the resource available to the Communion has increased as a result”; and that “aspects of the programmatic work undertaken at the ACO would be more effectively undertaken through provinces, regions or other agencies across the Communion with the ACO coordinating and communicating that work across the Communion.”

It went on to say that “the more centralised approach which currently dominates project / programme work, has a negative impact on diversity and inclusion and does not reflect the breadth of culture and diversity represented in the Communion, in particular those parts of the Communion who do not have English as their first language or as an official language of their country or province.”

Committee Vice Chair Maggie Swinson, a lay canon in the Church of England’s Diocese of Liverpool, said: “The direction commended by the review report will draw provinces into active participation in the Communion’s work and our common mission to build the kingdom. Staff in the office have served us well and it is a sadness that, in our efforts to increase provincial engagement through devolving aspects of the Communion’s work, some redundancies may result.”

The President of the ACC, Archbishop of Canterbury Justin Welby, said: “The Anglican Communion is a global family of churches that are called to share the good news of Jesus Christ in an extraordinary range of contexts. This review has been an important part of discerning how we can draw more fully on the gifts, resources and wisdom of provinces across the Communion, as we seek to serve a world in need. I’m grateful to Archbishop Thabo, Canon Margaret Swinson and all those who have led this work. I would also like to thank all the staff at the Anglican Communion Office who have served with such passion, commitment and faith over many years, and assure them all of my prayers throughout this process.”.

Responding to the changes, the Secretary General of the Anglican Communion, Archbishop Josiah Idowu-Fearon, said: “This review takes us back to the original rationale behind the setting up of the ACO. The new structure will enable the ACO to assist the 41 provinces to act out our Five Marks of Mission in a united collaborative manner, as well as enable them to become the family of churches that God wants us to be in order to advance God’s mission.”

Updated information about the changes will be available online at anglicancommunion.org/renewal2021.

One cannot but wonder how much the existence of GAFCON has influenced the thinking of how the rest of the Communion's Provinces will deal with the absence of GAFCON bishops from meetings of the Lambeth Conference. With a reduced membership, it seems sensible that staffing of the ACO be rationalised and reduced. Hopefully the mission of the new ACC will become more effectively and inclusively employed in the propagation of the Gospel of OLJC to ALL people.