• Glynn Cardy: Grace has been paramount 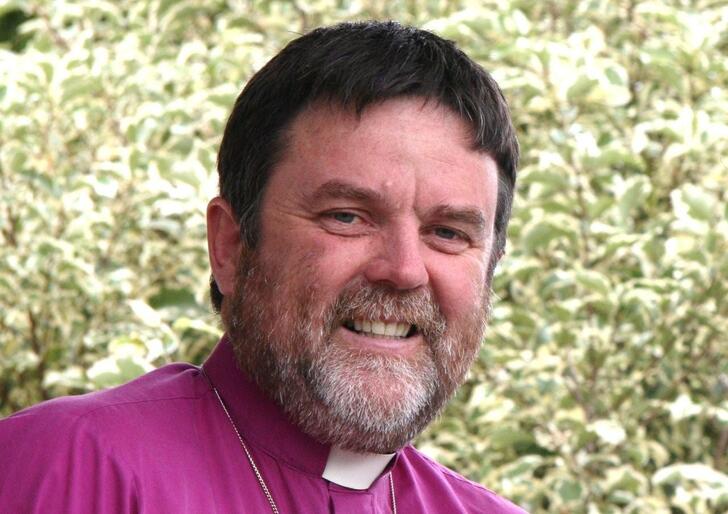 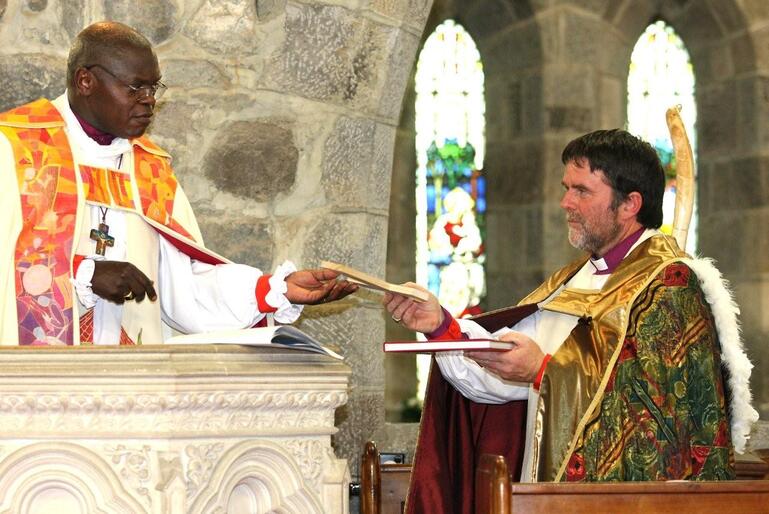 A new petition urging bishops to end their “discrimination” against gays and lesbians misunderstands both church law and the power of bishops to change church doctrine.

That’s the view of Bishop Philip Richardson, who has released a public response to the “Stop White Collar Crime” petition being driven by Auckland’s St-Matthew-in-the-City.

The petition’s preamble says individual bishops “have the responsibility to discern who is called by God to ordination within their diocese.” Yet most New Zealand bishops, it says, “feel constrained not to select any gay or lesbian candidates unless they are committed to permanent celibacy”.

It goes on to say the main reason Archbishop David Moxon gives for this discrimination is not to offend the rest of the Anglican Communion. “However, it is an offence to the Gospel.”

As they are presently cast, the canons – the laws of the church which bishops are sworn to uphold – don’t recognise any relationship other than marriage.

And such a formal recognition would amount to a change in the church’s doctrinal position.

To forge ahead with an ordination on the strength of “the argument from omission” – that is, on the basis that the canons and formularies don’t say anything about other relationships – would risk such ordinations coming unstuck in a church court.

“In my view,” writes Bishop Richardson, “a bishop is not free to act unilaterally and so individually try to create the church’s doctrinal position on these matters.”

Devastating for all concerned

He warns that any bishop who ordains “without the explicit authorisation of the canons” could be challenged under Title D, the disciplinary procedures set down in church canons.

“While I wouldn’t presume to predict the outcome of such a case,” he writes, “what is clear is that the process would leave the decision to one or at best three people.” (ie, members of the Title D Appeal Tribunal.)

“So such a decision, and effectively a determination on this church’s doctrinal position on these matters, would in no way be representative of this church.

“And if a Title D process found against the bishop, one result would be for a public determination that the ordination in question was invalid.

“That would be devastating for all concerned.”

Bishop Richardson makes clear in his responsethat bishops are copping brickbats from critics at both ends of this debate.

Conservative critics have accused him of failing to exercise the “judgement I was ordained to exercise” by failing to declare publicly that gay and lesbian relationships are sinful – while liberal critics suggest he’s part of a group denying justice to a marginalised people.

The risk of getting in God's way

In a later interview Bishop Richardson made it clear that he’s sensitive to the civil rights aspect of the issue.

“At the time of the Homosexual Law Reform Bill, a number of diocesan synods, bishops and the Public Affairs Committee of the church formally supported decriminalization, even though many of our constituency opposed it.

“That’s because it was seen as an issue of civil rights being denied.

“Where ordination is concerned, the question I find particularly challenging is: What if God is calling someone, and current church doctrine and canons prevent that?

“The possibility that I might be getting in God's way really disturbs me.”

“However, I do not believe that ordination is a ‘right’ for anybody, nor that the church is obliged to simply conform to whatever society says is right – even if it says so in its laws.

“There are plenty of examples when the church had to say: ‘We cannot accept what the state or our society expects of us’. Ordination is God’s thing, not Caesar’s.”

In his public response Bishop Richardson also spells out what he believes would be necessary to achieve the change St Matthew’s petitioners are seeking.

“It is my view that what is required is General Synod agreement around a doctrinal position on a) sexual orientation, b) the blessing of committed, monogamous same-gender relationships, and c) the ordination of those in such relationships.”

Bishop Richardson adds that General Synod needs to tackle those issues in the following order:

“First (General Synod must decide) whether sexual orientation towards… one’s own gender is a consequence of wilful human sinfulness, or an expression of God-given diversity.

“This in itself requires the process of collective biblical exegesis, prayer and discussion and debate which we are engaged in.

“Depending on our collective answer to the first question, the church might then be in a position to move to the development of a formulary for blessing committed, life-long, monogamous, relationships other than marriage.”

He writes that as a third step the church could agree that such relationships “so blessed and formally recognised by the church” meet the standards of holiness of life called of every Christian, and especially those in holy orders.

Bishop Richardson says such “a thorough-going process” happened when the church was moving towards the ordination of women.

“There are simply no short cuts,” he writes.

“We have to do the hard work.”

Please if the Anglicans really do care about their church please let them do something about expelling Clay Nelson and Glynn Cardy (St Matthews Auckland) due to the blasphemy of our almighty Lord Jesus Christ. Now they is doing billboards saying Jesus is gay. Why do the Anglican Churches allow these followers of Satan to continue hiding behind the Anglican church wearing priestly robes. Do they not know the Bible states the one sin that is unforgivable is blasphemy of Our Lord God. How can true Christians sit by and do nothing about their vile antics. They are a disgrace to all Christians but worse of all to God and damaging the Anglican name. I know the Bible warns us of these false teachers but how can the head of the Anglican church sit back and allow these evil men to repeatly abuse our God.

I am saddened that Anglicans in New Zealand feel they should be responding to an initiative set forth by St. Matthew's-in-the-City. That church was, in December 2009, involved in a bit of rather stupid, globally-broadcasted hate speech, and should be ignored, just as we ignore Terry Jones's Koran-burning church. I'd like to call New Zealand Anglicans to consider consistency in ethical behavior: http://videruntomnes.blogspot.com/2011/06/new-zealand-anglicans-call-to.html

If New Zealand Anglicans feel this initiative needs to be pursued, they should simply find another mouthpiece for it.

I'd suggest that this instead be taken as an opportunity to call St. Matt's to understand how foolish this was, and consider whether this may not be a sign that they should again turn to a Trinitarian understanding of Christ - acknowledging Him as fully man and fully God, risen, living, and eternal - rather than the sad things now being taught.

I am among those who welcome Bishop Philip’s comments into the public realm. For too long there has been episcopal public silence on matters that need to be scrutinized and critiqued. Although it was not its purpose I’m glad our petition has been instrumental in this regard.

There are many points from his letter that in the next while will be responded to. In the meantime I would like to ask one question [and two subsidiary questions] of your readership: Do you think the Church should be accountable in any way to the general public? If the Church is engaged in a practise considered discriminatory by the overwhelming majority of the public should the Church pay heed? And if the Church says, “No, under God, in our own time, we will determine what we do” what are the consequences for the Church’s mission and ministry in that society?