The Archbishops of Aotearoa and New Zealand have joined this Church’s Social Justice Unit and Māori, Pakeha and Polynesian T3 youth, to stand up for the Conversion Practices Prohibition Legislation Bill, which sets out to protect LGBTQIA+ people from harmful practices that attempt to change their sexual orientation. 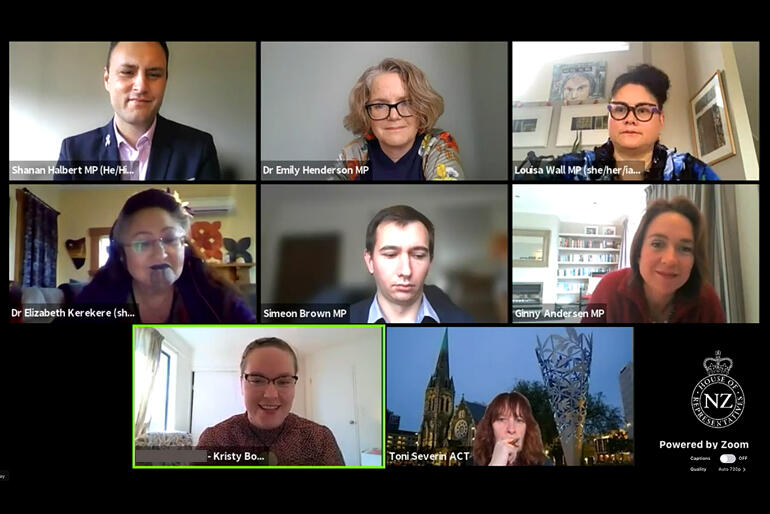 Archbishop Don Tamihere and Archbishop Philip Richardson, the Anglican T3 Youth Commission and this Church’s Social Justice Unit have all presented submissions to the Justice Committee in support of a new law that will make it an offence in Aotearoa New Zealand to perform LGBTQIA+ conversion practices, which cause serious harm to individuals.

“We believe that any religious teaching which seeks to change or suppress a person’s sexual orientation, gender identity or gender expression against their will is both abusive and damaging.” wrote the Archbishops in their submission.

“Abuse in any form is incompatible with the love of God and completely unacceptable within the Church. It violates our sacred belief that all people are made in the image of God, are loved by God, and deserve to be treated with dignity and respect.”

The Bill criminalises intentional systematic sexual orientation conversion practices, which historically have included a range of physical and psychological techniques administered to people in an attempt to extinguish non-heterosexual attraction – often by associating their non-heterosexual feelings with pain, nausea, or mental and spiritual anguish.

Around the world today, some sexual orientation conversion practices that are carried out by religious groups – and in some countries by the state – have been categorised as torture. In 2020, the United Nations’ Independent Expert on sexual orientation and gender identity, Victor Madrigal-Borloz, said that conversion therapy practices are "inherently discriminatory… cruel, inhuman and degrading treatment, and that depending on the severity or physical or mental pain and suffering inflicted to the victim, they may amount to torture".

The Archbishops’ submission acknowledges that there are LGBTQIA+ people who have been hurt by church-based conversion practices and apologises for any harm that individuals have suffered due to abusive attempts to change their gender identity or sexual orientation, where those attempts were justified by church teaching.

“All people are created in the image of God. Conversion therapy is an act of violence against a person created in God’s image.”

“Evidence speaks to the dangerous, lifelong traumatic impact that conversion therapy can have on individuals and families. For this reason we support this Bill.”

In their submission, the Anglican Church’s Provincial Three Tikanga Youth Commission echoed much of the Archbishops’ support for the Bill, and noted that harmful conversion practices were to be found in parachurch youth groups as well as in churches. They called for the Bill to extend its capacity to prosecute conversion practices causing serious harm to people of any age, not only those under 18.

The Social Justice Unit of the Anglican Church in Aotearoa, New Zealand and Polynesia shared many core principles in the other two submissions and requested for the Justice Committee to ensure no religious exceptions for harmful conversion practices be allowed into the Bill.

In the final paragraph of their submission, Archbishop Philip and Archbishop Don identify that conversion practices are an abuse connected with colonisation,

“We recognise the diversity of takatāpui and other expressions of gender and orientation as unique offerings from mātauranga Māori and its Pacific roots. We see that measures to erase these, including conversion therapy, are acts of colonisation. Therefore, we support this Bill as an act of decolonisation.”

In addition to their broad support for the Bill, the Archbishops have added further clauses for the Justice Committee to consider expanding the scope of the Bill. These include extending the Bill's categories to cover harm caused to intersex people, and to make mental injury as a result of conversion practices a new category for healthcare provided under the Accident Compensation Act.

The three provincial level submissions can be downloaded in PDF format below.

I am proud of the leaders and the youth of my Anglican Church of ACANZP, for their compassion and Christian charity in their support for this Bill. God is, indeed, Maker and Redeemer of us all, and loves us, as S/He has created us.