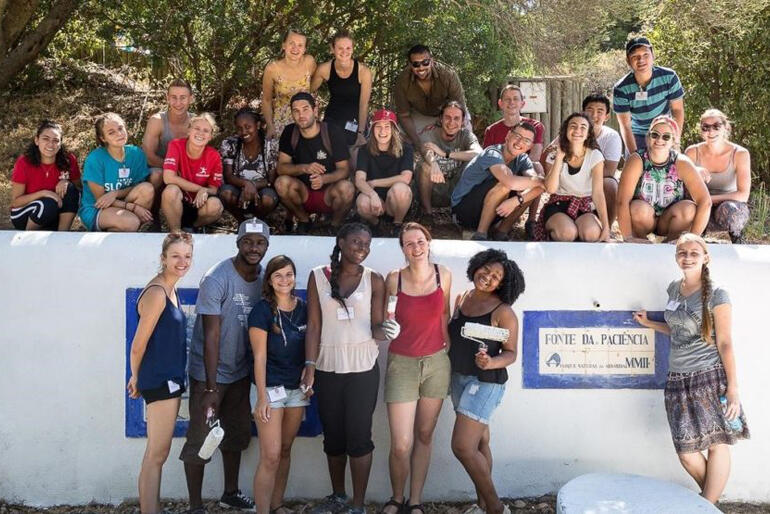 The worldwide YMCA youth movement which began as an evangelical young men’s Christian service organisation is celebrating its 175th anniversary.

To mark the 175th anniversary, YMCA England & Wales hosted a global thanksgiving service at St Martin-in-the-Fields in London presided at by their President, the Archbishop of York Dr John Sentamu.

“Throughout our 175 years, YMCA has remained a constant safe space for young people around the world,” said World YMCA Secretary General Carlos Madjri Sanvee in London. “We’re excited to celebrate our rich history in the city where it all began.”

YMCA’s origins go back to 6 June 1844, when then 22 year-old George Williams met with colleagues in the upstairs room of a drapery store just a few yards from St Paul’s Cathedral in London, and began the conversations which led to the Young Men’s Christian Association being formed.

Back then, alongside the YWCA and World Student Christian Federation, the YMCA was a pioneering forerunner of the global ecumenical movement.
175 years later it stands as the oldest and largest youth charity in the world. In 120 countries it impacts upon the lives of around 60 million people. In England and Wales alone, YMCAs deliver services in 740 communities impacting upon the lives of more than 600,000 people.

"Over 175 years YMCA has been at the forefront of the development of informal education, and supporting physical wellbeing, housing, youth work, child care and mental health support." said Archbishop John Sentamu at the 175th celebrations this week. "[YMCA] has delivered services during times of peace and provided resolution during times of conflict."

“What started with a concern for the welfare of his fellow workers and the formation of a prayer and Bible study group, YMCA has grown to reach 60 million people worldwide.” said Denise Hatton, Chief Executive, YMCA England & Wales on June 6, 2019.

“The challenges young people faced in 1844 are not too dissimilar from the ones which are being traversed today. A lack of positive activities to engage with, the difficulty in reaching their career aspirations, and not being able to access the right support for their health." she said.

“As we look ahead to a bright future, YMCAs continue to impact on almost every aspect of a young person’s life. From housing to education, health care to family work.”

“Our movement may have been started by a group of young men, but today women are taking full part as participants, volunteers, staff members and key decision makers,” said World YMCA Secretary General Carlos Sanvee. “Therefore, in the run up to YMCA175, we will be sharing messages on our social media platforms from female leaders to reflect on their journey to encourage our young people and our partners to keep fighting for gender equality.”

Also as part of the YMCA 175th anniversary celebrations, the YMCA has issued a World Challenge to young people across the globe to volunteer 175 minutes of their time on or following 8 June 2019 to better the communities they live in and to share their experience online under #YMCAChallenge.