Anglican refugee advocates have welcomed the Government’s new funding for 150 places in its Community Organisation Refugee Sponsorship pilot scheme. But they say the scheme stops short of helping those most in need. 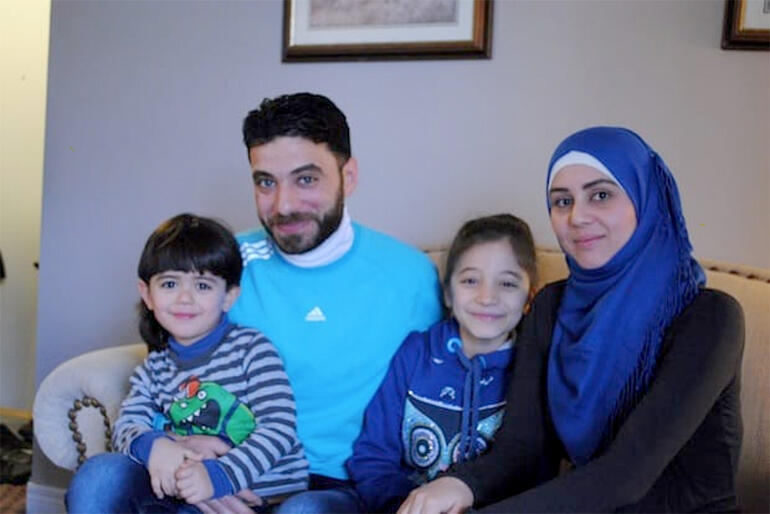 Refugee advocates have welcomed the Government’s Budget 2020 funding that expands the Community Organisation Refugee Sponsorship (CORS) pilot from 25 places in 2018, up to 150 places across 2021-2023.

At the same time, Anglican refugee advocates have challenged the scheme's limits on who can come here, calling for a fairer plan to enable more vulnerable refugees to receive our churches’ help.

Back in 2017, the Government approved its first Community Organisation Refugee Sponsorship pilot (CORS) in response to Anglican, Catholic and Baptist churches' calls for a sponsorship model where communities directly support new refugees to settle.

That advocacy drew on the proven 40 year-long CORS scheme in Canada, where faith and community groups have long since taken responsibility to house refugee families and aid them to build a new life.

The first CORS intake in 2018 brought in 23 former refugees, who were sponsored by two Catholic organisations and two Baptist churches in Hamilton, Nelson, Christchurch and Timaru.

That pilot went so well, that the list of churches and community groups wanting to sponsor families grew from 49 groups back in 2018 to 85 at the last count, and more sponsors are encouraged to register. With the global pandemic threatening people on the move, advocates believe the need for this extra pathway is even greater.

Resettlement Programme Coordinator at South West Baptist Church in Christchurch, Nick Regnault has worked closely with three Middle Eastern families that settled in their community in 2018.

Nick says there was a lot to get ready before the families came. First the church had to raise money for tickets from Auckland to Christchurch. Then they helped their new friends get set up in their neighbourhoods – organising rental housing, medical care and schooling, as well as supporting the families with English language learning and job seeking.

“We had budgeted $15,000 per annum per family after the paying the fares to Christchurch, but were surprised to find that once the families were here, they needed a lot less monetary support from us than we’d imagined.” said Nick.

Archbishop Philip Richardson, who helped lead the churches’ first proposal on the CORS scheme, said that’s because the pilot scheme was realistic about income support.

“The Government has linked these families with income support which is a more generous approach than some overseas schemes like this. This recognises that New Zealand NGOs could not sustain the funding to cover income support for new families.” he said.

But Archbishop Philip says there’s also a hidden downside to this pilot, which is why the Anglican Church didn’t race to join up in the first round three years ago.

“In our Anglican submission we asked to give a chance to refugees with the highest need: such as orphans under 18 now in the care of extended family, or refugees with disabilities, or those without English, or older people.

None of these people can get here under normal circumstances, and in some cases they will suffer additional risks in refugee camps or while on the move.”

According to Archbishop Philip, the Government CORS pilot took the opposite direction to what our submission requested. Instead of widening who could make it here, the CORS scheme picked out the most economically viable refugees.

The principal CORS pilot refugee must be between 18-35, have a three-year qualification or three consecutive years of work experience in a specific field, be a registered UNHCR refugee (which knocks out most African and Middle Eastern families fleeing over borders), and have a perfect bill of health – on top of all the usual quota requirements.

“We had really hoped to convince Government that this was a way that community groups could help people with meaningful connections to them, who wouldn’t otherwise qualify. For example, a disability rights group could sponsor a refugee with disability to come here with their help.” he said.

For now, sponsoring churches have found that CORS pilot families are in a good position to pick up on the help local communities can offer.

“What they needed were friends that could share social networks, connections and local knowledge to help them get started in a new life.” said Nick Regnault.

In Christchurch it took only seven months before all three of the newly arrived dads had paid work with South West Baptist Church’s help, which is very unusual in the wider story of resettlement.

“As a church community we were able to use our different skills and networks to help the families in different ways,” said Nick.

“One driving instructor gave his time to help them get their NZ driving licences.

Others gave opportunities for work experience at their businesses.

Many donated gear to set up the families’ houses, and others who may never have met them, prayed for the families.”

“We estimate that around 500 parishioners have helped our refugee families in some direct or indirect way, depending on their skills. But everybody in the supporting church can offer something – and know they are making a difference in real people’s lives.”

Two of the Christchurch families were Muslim and one family Orthodox Christian. Nick says it was important that his church community respected their new neighbours’ faith identities.

“We were clear from the start that this was not a church growth programme.” said Nick.

“It’s not about evangelising these families.

It’s about being good friends and good neighbours.”

When the families arrived in Christchurch, South West Baptist helped connect them with others who shared their faith, rather than pushing their own tradition forward.

“Through friendship and respect we earnt the right to have a conversation about faith, but only when they began that conversation.”

Since the CORS pilot set off in 2018, an Anglican, Catholic and Baptist team worked with Amnesty International to advocate for a permanent CORS scheme. But when the Covid-19 crisis struck, they thought even the pilot might be a goner.

“We expected the Covid crisis to end our hopes of Government funding,”said Nick, “so even though Budget 2020 didn’t offer a permanent programme, it’s good news that the pilot will now rise to 150 places over three years from 2021.”

Nick says that people wanting to sponsor a family shouldn’t underestimate the commitment involved, but shouldn’t shy away either.

In the Nelson pilot, one former refugee family was sponsored by three women who already knew them from overseas, and knew they were waiting for UNHCR approval. To help their friends, they connected with a Catholic organisation in a bid to bring them here.

“Those three women have taken on the bulk of the support role for that family and they have done a great job.” says Nick.

“Sponsorship requires some fundraising, but mostly it’s about being a friend. It takes time and commitment, and being prepared to ask for help.”

“But everybody wants to help refugees.”

Nick Regnault has written a book on his church’s experience of supporting their first three families to settle into Christchurch Welcoming the Stranger: Signposts for Building Bridges and Making Peace is available for $10.00 here.

Resources for churches who would like to investigate taking part in the Community Organisation Refugee Sponsorship pilot scheme are available on the South West Baptist Church website’s Resettlement Programme page, you can also download their Sponsor Information Pack that was based on the original pilot programme (so some terms and conditions may change for the 2021-23 pilot).

If your church is interested in hearing more from the Government consultation on how Community Organisation Refugee Sponsorship will work with community organisations in this new round, you can contact suzanne.malan@mbie.govt.nz