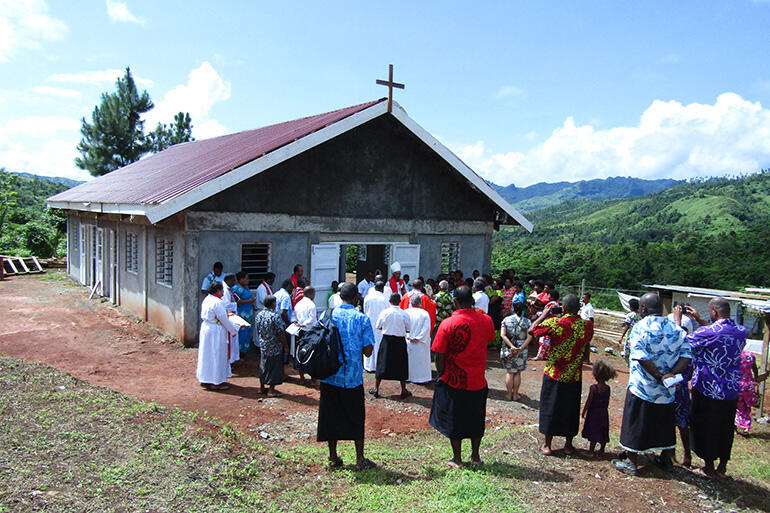 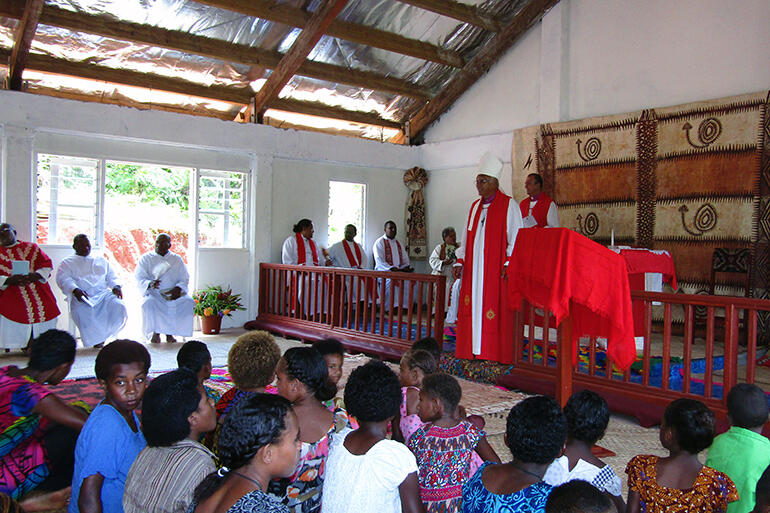 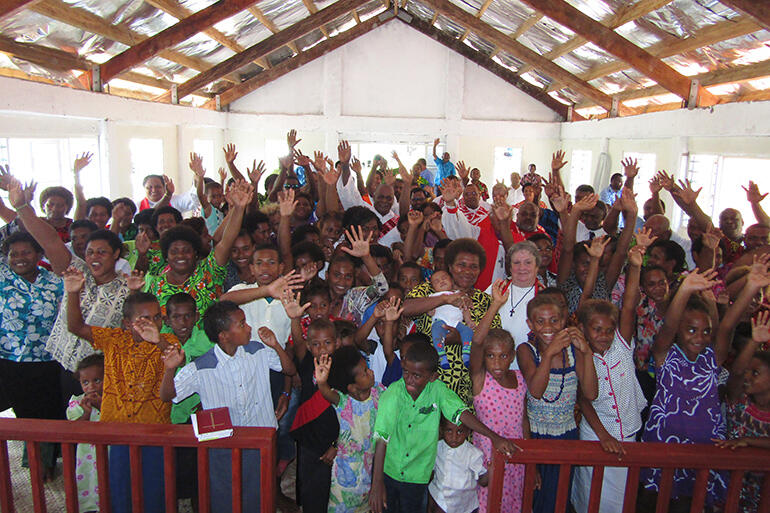 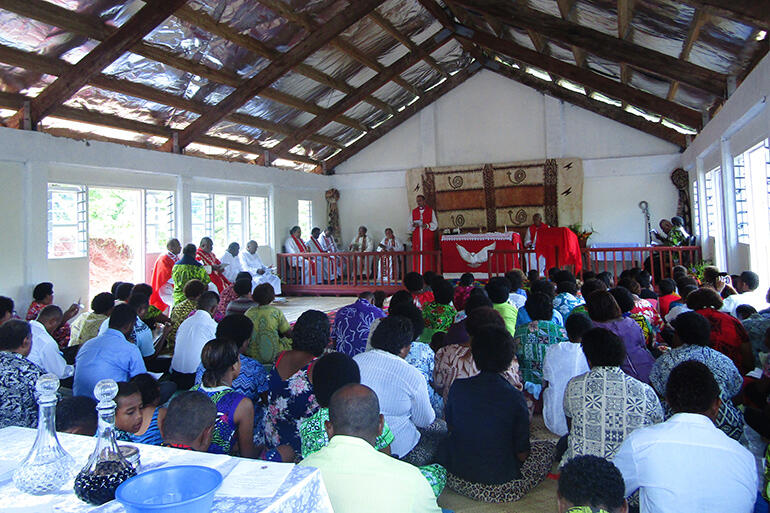 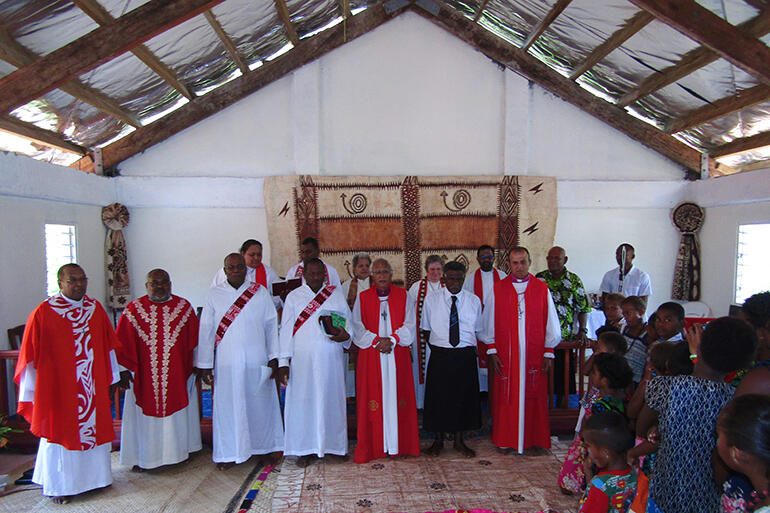 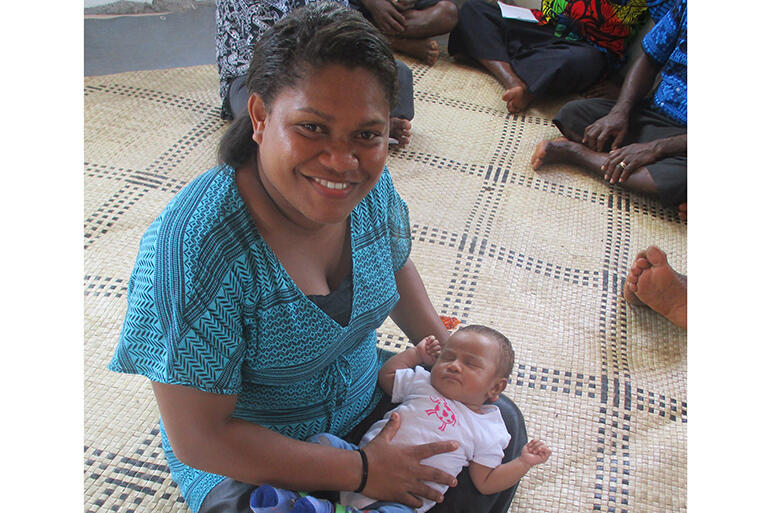 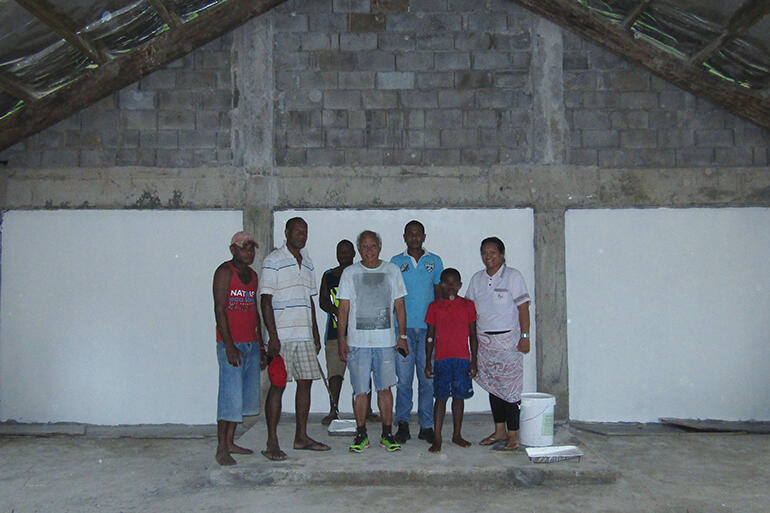 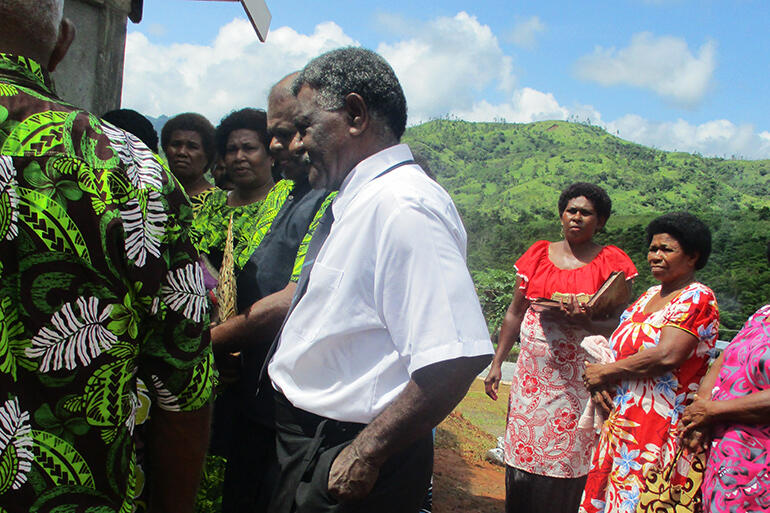 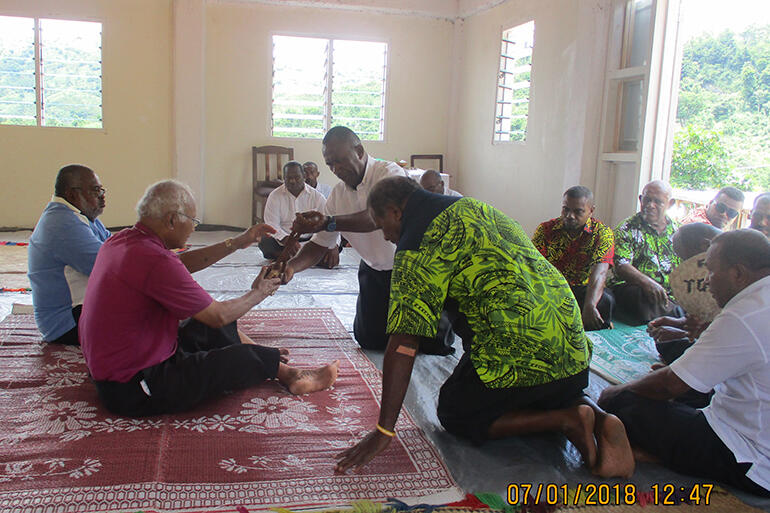 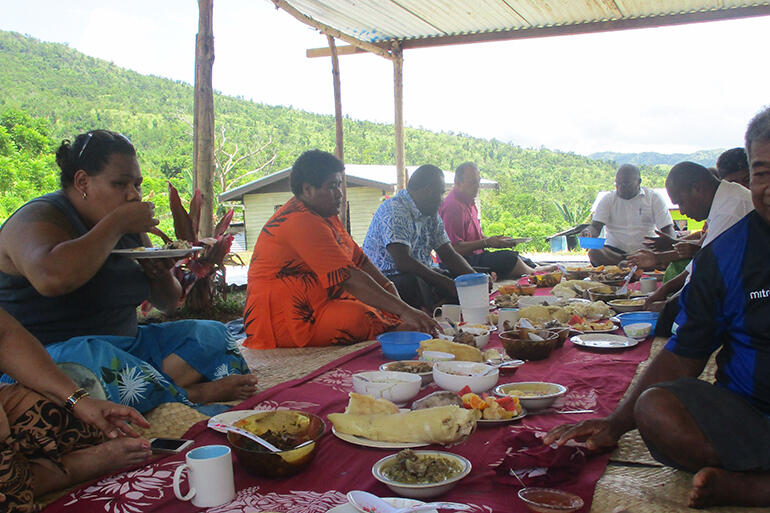 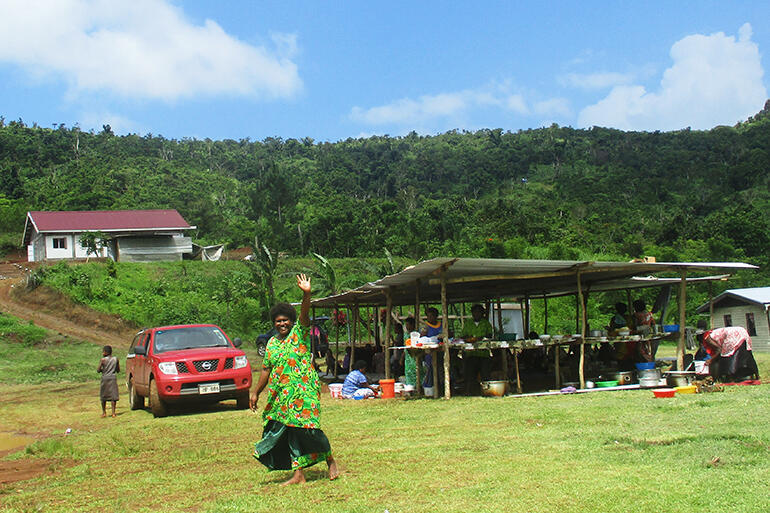 It means, literally, the day the man stands up.

You could say Siga Tucake came early to Maniava this year.

Because on Sunday, on the Feast of the Epiphany, Maniava itself stood up – as Archbishop Winston Halapua consecrated The Church of the Resurrection, blessed 14 homes and a school dormitory.­

All are new. All have been built in the last year, in the wake of Cyclone Winston which struck Fiji on the evening of February 20, 2016, and almost erased the koro from the planet: on that terrible evening, 34 of the 38 houses in the settlement were blasted from their foundations, their tin and splintered timber speared through the settlement and surrounding bush.

Because all the new homes have been tied down, reinforced and braced. Engineered to withstand the worst that cyclones of Winston's ferocity can throw at them, in a way that the earlier ones weren't.

Same story with the new school dormitory, which is at the foot of the hills on which Maniava stands. The first dormitory had been left in abject ruin by Cyclone Winston – and the nearby school hadn't fared much better.

And the new church itself? That's the ultimate shelter – no Category 5 cyclone will prevail against those reinforced concrete block walls, or lift that roof. There's room enough inside, too, for everyone from babes to the elderly to shelter from the storm.

In his Sunday sermon, Archbishop Winston reflected on one of the reasons for the Feast of Epiphany – the baptism of Jesus, and the heavens opening, the Spirit of God descending on Jesus like a dove, and the voice from heaven declaring: "This is my Son, whom I love, with whom I am well pleased."

Archbishop Winston then drew a parallel with the baptism of Jesus and "dua tale" – which is the Fijian concept of hospitality, often used at feast time: Help yourself! enjoy yourself – don't stop! There's plenty – take some home!

Jesus's baptism showed that "the love of God is no longer locked up in Heaven," he said.

"It's now on planet earth, never to stop. It's overflowing. It keeps going, keeps coming, it embraces us and there's no end."

And that love of God, said Archbishop Winston, had been demonstrated by the generosity of God's people who had enabled the transformation of Maniava.

"What I need to say clearly now," says Archbishop Winston, "is a big vinaka vaka levu to the people of Aotearoa New Zealand, to the dioceses and to Tikanga Maori – and to the people in Australia and America who helped through the Anglican Missions Board."

He expressed gratitude, too, to the builders and labourers who had rebuilt the village – and singled out for praise the women of Maniava, who had kept the workforce well fed, and had seemed, he said, "to produce meals from nothing."

He also expressed his thanks to the Archbishop of Canterbury – whose fund paid for the church – to St John's College Trust Board, whose emergency grant enabled the rebuilding of the dormitory, to the H&W Williams Trust, which has also contributed, and to Robert Kereopa, the CEO of the Anglican Missions Board, which had channelled the emergency appeal which paid for the rebuilding of the houses.

He also paid tribute, in the church on Sunday, to Robert's mother Ada. She had given her specific blessing to Robert to travel to Fiji in December to attend Bishop Henry Bull's ordination, and to visit the rebuilt Maniava. And she had passed away on the day he visited the koro.

Yes, here and there there are a few of these which are still to be made.

Beneath the tapa mats on which Sunday's congregation sat, for instance, were sheets of plywood - which will soon be lifted, and used to line the ceiling of the church.

And in the village itself, one more house is to be built. There's enough leftover building materials to enable that to happen.

"It's always the same," Archbishop Winston later explained. "Where there is love, we see it. We can't explain it."

And that seeing, but having no words for the saying, sometimes gets expressed in tears, which flowed when the children sang – they sang often during Sunday's worship – and especially when two of Maniava's elder sons, Peni Waqamaira and Waisea Radrodro, were ordained to the diaconate: tears of joy for new ministries, in a new season.

At the end of the service, the village elders took Archbishop Winston aside and expressed honour and thanks for his leadership and drive in the transformation of their village. They did so in the ultimate traditional Fijian way – with the solemn presentation of a tabua, or whale's tooth.

After that, the party retreated down the slope to the flat carpark and playground area – where a shelter had been erected, under which everyone gathered for a magiti, or celebratory feast.

As the people of Maniava and their friends feasted, they drank in the tranquil and beautiful view down the valley before them.

Two years ago, Cyclone Winston's winds had surged up that valley and bought their apocalypse…

So, Sunday's celebration wasn't a bad way for to spend a day.

The goal, in early December, had been for the church to be consecrated and the houses blessed on Christmas Eve. But days of heavy rain in the Fijian hills before Christmas meant that wasn't possible.