The Moana Community of Saint Clare in Fiji are celebrating humble signs of growth as they mark the first five years of a newly founded Anglican religious order for mission in the Pacific. 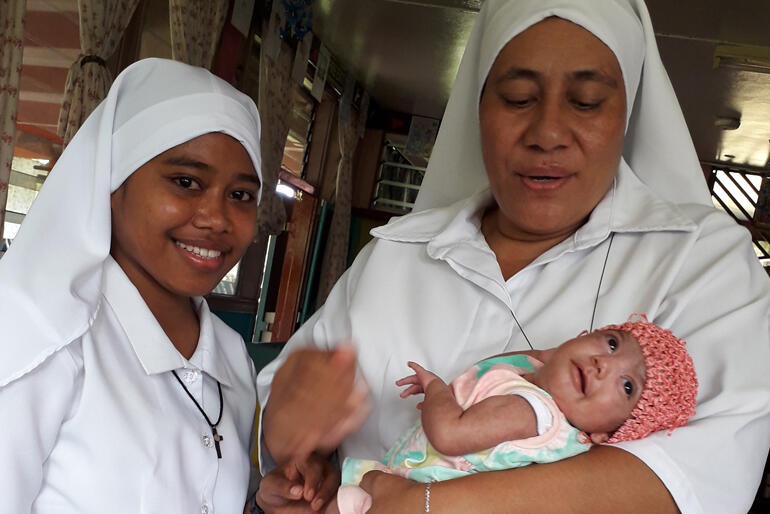 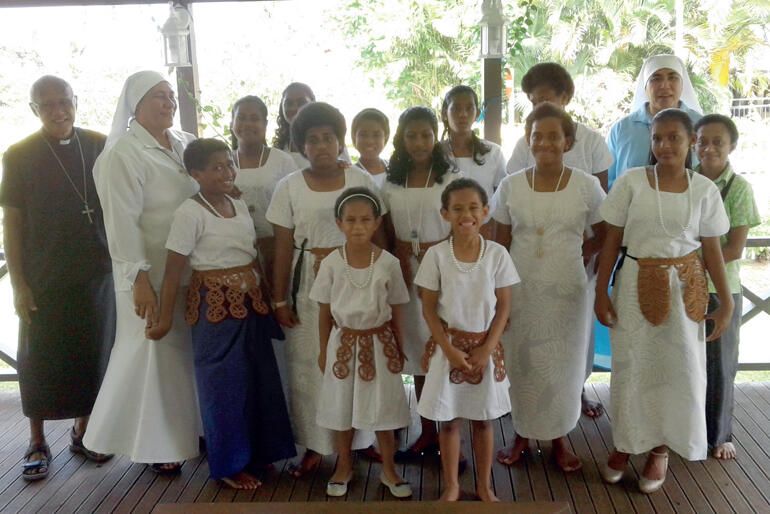 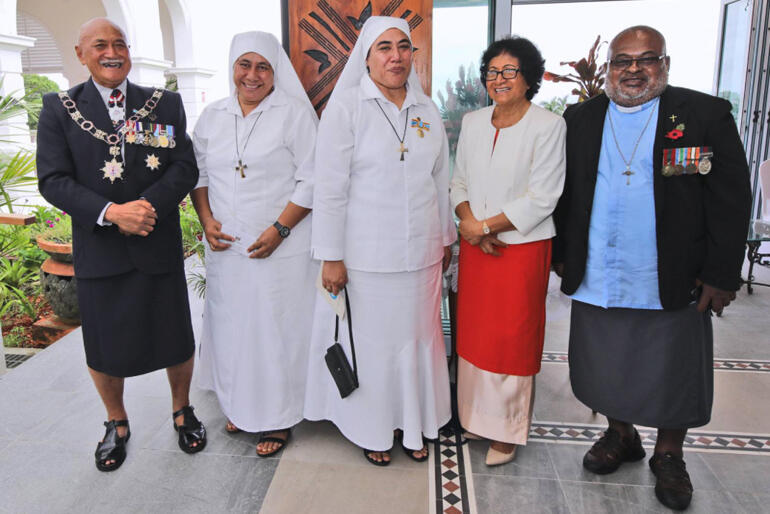 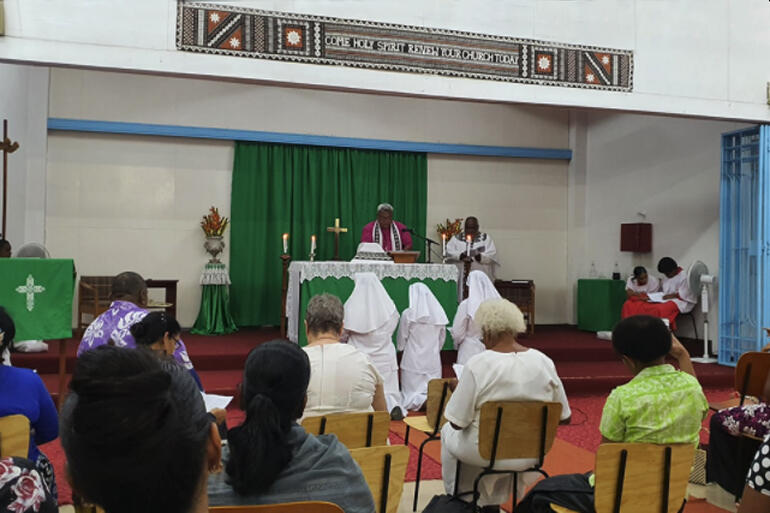 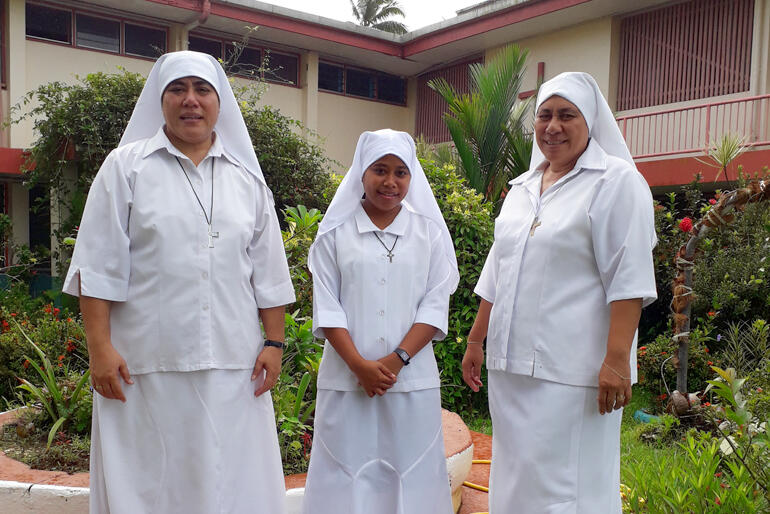 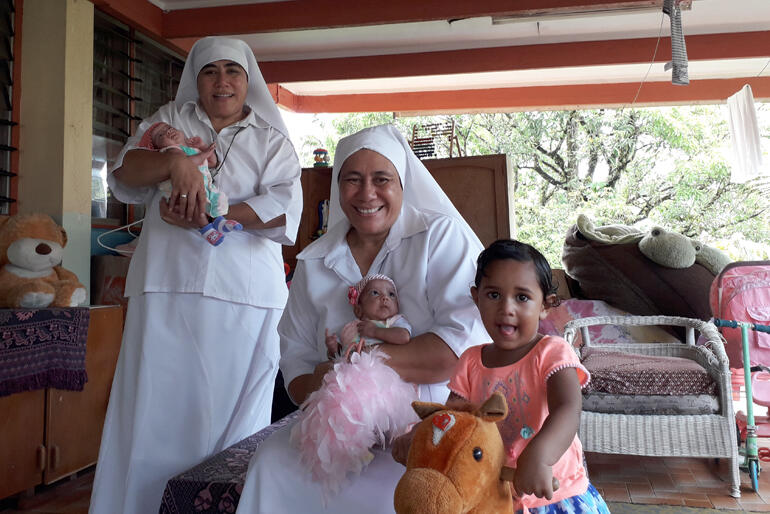 The Moana Community of Saint Clare are welcoming humble signs of growth as they celebrate five years of life as a new Pacific-based Anglican religious order for women under the Diocese of Polynesia.

In late 2020, as the Government of Fiji marked 50 years of Independence, the Moana Sisters’ Sr Kalolaine Tuinea'u received an award for service to the ministry of Saint Christopher’s Home in Suva, where she has given more than 25 years of service to bettering the lives of children and young people.

Receiving the award, Sr Kalo dedicated the medal first to the children of the Home, then to its staff, benefactors and all those who have gone before her.

St Christopher’s Home opened in 1968, and over its first 48 years as many as 600 children were cared for by the Sisters of the Community of the Sacred Name.

Back in 2016, the Moana Community of Saint Clare moved apart from the Community of the Sacred Name to form an indigenous Fiji-based Anglican community who then became responsible for the ministry of St Christopher’s Home.

The new order was founded by two Tongan former sisters of the Community of the Sacred Name, Sister Kalolaine Tu’ineau and Sister Vutulongo Tu’ineau who today are the mainstay of running St Christopher’s Home along with laypeople who work as house parents.

Already the operations manager and administrator for St Christopher’s in 2016, Sr Kalolaine began to run the Saint Christopher’s Home in Suva under the auspices of the new order supported by the then Bishop of Polynesia, Archbishop Winston Halapua. Today the Rev Sue Halapua is chaplain for the Moana Sisters.

In 2020 the Moana Community of St Clare made its first sign of growth as an order when they welcomed a new Rabian-Fijian postulant to the order, Miliva Toariki, a 22 year-old University of the South Pacific (USP) student of geography and history.

While Miliva originally came from Rabi Island, she grew up in Suva. As a teenager she moved to live at St Christopher’s, where she stayed between the ages of 15-17 before heading to university in Suva.

While on campus at USP, Miliva got involved with student Christian ministry and during a Christian conference considered her call.

Miliva’s dream had always been to become a missionary, but at that conference she realised her call could be met close at hand.

“I love children, and so I thought of the children of the Home and how there’s a need for young girls to come and give their life to God – and to live in the life of chastity, prayer and humble service,” she said.

“So I decided to let the sisters know my decision and low-key pray about it.”

Miliva has now been testing her vocation by living the life of prayer and service at the Home for six months.

“It’s very exciting to have Miliva come to ask us if she could spend a gap year testing her vocation.” said Sr Kalolaine. “We believe that if it is God’s will that this order grows, then God will call women to this mission.”

Sister Kalolaine says that it’s a surprise and a delight to see how Miliva embraces her call.

“She just laughs when other young people make fun of her little [postulant’s] habit, and she doesn’t mind when her school friends say to her, ‘You must be mad.”

Miliva’s clothing as a novice with the Moana Community of St Clare is due to take place next week.

Another encouraging sign on the horizon for the Moana Community of St Clare is completion of fundraising for the Moana St Clare Boy’s Home, which will soon be built on a site adjacent to St Christopher’s Home.

It was heartbreaking for the boy’s sisters at St Christopher’s to see their brothers go, and for the sisters too," says Sr Longo.

“It was sad to see them move too far away to stay part of our faith life here at St Christopher’s. All of us missed them.”

Now when the boys reach twelve, they’ll move over the back fence to the new Moana St Clare Boy’s Home, where house parents will care for them. Sr Kalolaine says this means the boys won’t be lost to the mission and life of St Christopher’s community.

“The children will see each other everyday at the 7.30am Holy Communion service in St Christopher’s Church, and will still be together as part of children’s and youth activities here on Sundays.”

The new Boys’ Home will be built at a cost of almost $1 million Fiji dollars, which has come from fundraising organised by the Board of Governors for Moana St Clare Boys Home and the Fundraising Committee, comprising Mrs Fololeni Curr, (who is married to the New Zealand High Commissioner to Fiji), Mr Sikeli Wise, Mrs Deepti Weiss, Mrs Eseta Malani, Mrs Bernadette Rounds Ganilau, Sr Longo and Sr Kalo.

Over $100,000K came from fundraising dinners held in the New Zealand High Commission in Fiji and another at the Grand Pacific Hotel raised a total of $108,000. Sr Kalo reports that many friends and faithful donors also gave generously in response to the requests for help in St Christopher’s Home newsletter. The new project will also draw on endowments for the ministry of St Christopher’s Home.

The Moana St Clare Boy’s Home building will initially house 12 boys from 12 to 18 years. Building is scheduled to begin in March 2021.