A new book has been released from the UK-based climate change, faith and science conference supported by Pacific Anglicans in 2019. 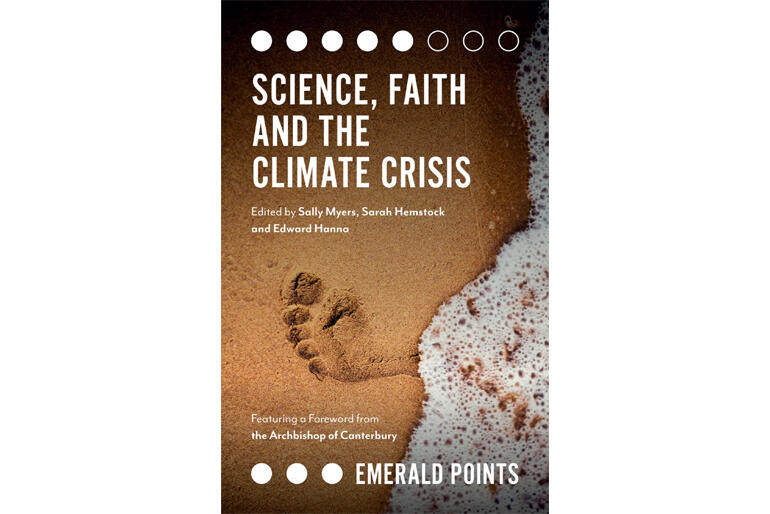 A new book named ‘Science, Faith and the Climate Crisis’ has been released from a Lincoln-based 2019 conference supported by delegates from the Diocese of Polynesia, Auckland's College of St John the Evangelist and Te Pīhopatanga o Aotearoa.

The 2019 conference, entitled “Moana: Water of Life - Navigating Climate Change for Planetary Health” featured a delegation of Anglicans from the Diocese of Polynesia and wider province who offered their perspectives from work in theology, climate justice advocacy and climate change risk reduction in Fiji and Tonga.

Archbishop Fereimi Cama voiced his support for the book today, picking up on its value as a wide-ranging view from across a diverse group of people in the field of climate action.

“Science, Faith and the Climate Change Crisis reflects the experiences not only of those people vulnerable to climate change, but also those who are actively engaged in attempting to decrease its effects.” He said.

“This book explores and clarifies what is happening due to sea level rise and climate change around the world, and tracks different ways we can respond as people of faith and science.”

Archbishop Fereimi also noted that the book represents a cry from young people of different cultures and faiths to be heard on the urgency of this issue.

The Polynesia delegation were joined in Lincoln by scientists, theologians, educators, students and climate activists from the Church of England and the Episcopal Church USA, as well as climate justice leaders and academics from other faiths.

Hosted by the Diocese of Lincoln, the University of Lincoln and Bishop Grosseteste University, the conference aimed to build on conversations between faith and scientific advocates for climate justice and to keep the issue in front of the Anglican Communion in the lead up to the Lambeth Conference.

The book brings together presentations from conference speakers on: climate and science policy, ecological spirituality, environmental readings of scripture, reaching ‘net zero’ carbon, climate change and education, Kiribati and climate migration and a Tongan perspective on God and climate change.

The Acting Bishop of Lincoln, the Rt Revd Dr David Court, says the book is about hope, as it ensures the conference in Lincoln continues to inspire action and awareness of this critical issue,

“As the world learns new behaviours such as social distancing in response to a pandemic, this book tells of how we can respond to climate change through changing our behaviour to care for creation, which is God's gift to everyone,” he said.

Bishop David hopes his diocese’s lead on this issue will go on to inspire others,

“The book sums up how faith communities can respond to a global emergency that science has been naming for some time – and so resist further deterioration of planetary health.” he said.

The book has a foreword from the Archbishop of Canterbury and aims to be a resource for church policies on climate change that can serve as a lead-in to the Lambeth Conference in 2021 where responding to climate change will be a major theme.

‘Science, Faith and the Climate Crisis’ edited by Sally Myers, Sarah Hemstock and Edward Hanna is available from Emerald Publishing Ltd. All proceeds will go to the Red Cross Pacific Region.