Archbishop Fereimi Cama is heading a team from the Diocese of Polynesia to witness on Christian responses to climate change at a conference in the UK Diocese of Lincoln this week. 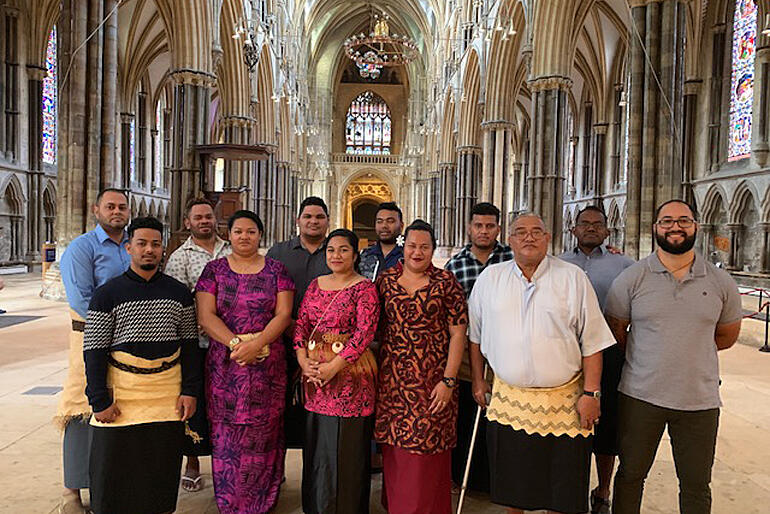 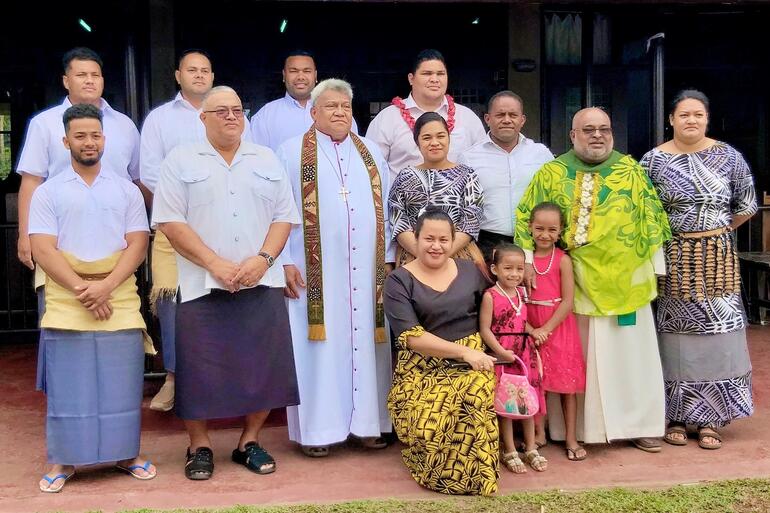 Archbishop Fereimi Cama and a team of youth and church leaders are presenting a Pacific Anglican perspective on climate change to the “Moana: Water of life. Navigating Climate Change for Planetary Health” conference at the University of Lincoln this 30 - 31 August.

The Diocese of Polynesia delegation who are travelling to the UK from Fiji, Samoa and Tonga will share their experiences of extreme weather impacts from the major cyclones that have devastated different parts of the diocese in recent years, and talk about the realities of land inundation and sea level rise.

Amongst the group are young people from All Saints’ Fasi in Tonga who trained in Community Integrated Vulnerability Assessments (CIVA) for natural disaster response. They will share how they used Geographic Information Systems (GIS) to map their community, which enabled All Saints’ youth to respond swiftly and accurately when the most recent cyclone struck.

The ‘Moana: Water if Life’ conference is jointly hosted by the Diocese of Lincoln and the University of Lincoln and aims to explore the role of water in climate change, both from scientific and Christian perspectives.

Conference sessions will also investigate how to build climate change awareness through culture, education and the arts. Climate justice advocates from the Diocese of Polynesia will offer their voices as people who face the direct and serious effects of climate change. They will join the conversation with UK and US climate academics, religious leaders, students and members of the public.

The Rt Revd Dr David Court, Acting Bishop of Lincoln, said that holding this conference now is timely to bring home the urgency of action on climate change.

“While science tells us what is happening – it is faith that raises questions about how we respond.” he said.

He said the questions Christians are asking must begin from a different theological basis than many have assumed.

“Too often Christian teaching has understood that humanity’s dominion over the earth was in fact domination,” he said.

“Climate change is a crisis, but it is not too late to speak and act collectively so that creation can be honoured rather than endangered.”

The conference will be followed by a special service at Lincoln Cathedral on Sunday 1 September to focus on caring for creation and mark the beginning of the Church of England’s season of Creationtide.

Two climate advocates from the Episcopal Church USA will be there to share their perspectives: Lynnaia Main, the Episcopal Church USA’s representative to the United Nations and climate justice advocate and Bishop of California, the Rt Rev Marc Andrus. Dr Emily Colgan from Auckland's Trinity Methodist College will also present her perspectives as a conference speaker.

Professor Edward Hanna, who is Professor of Climate Science and Meteorology at the University of Lincoln agrees that the conference is timely.

“We need action on how we deal with the widespread social and environmental impacts of human-induced global warming and there are choices to be made now in how we can do this.” he said.

“All the information that will be presented and shared at the conference will be a resource for others and I hope this will form a solid basis on which actions can be taken that will make a real difference”.

To offset the carbon foot print generated by the conference the Diocese of Lincoln will be planting trees on property it owns in Lincolnshire.