Eleni Levin Tevi has shared her Tongan Anglican perspective on how the Church can prioritise climate resilience alongside commmunity resilience in its work to combat the impact of climate change. 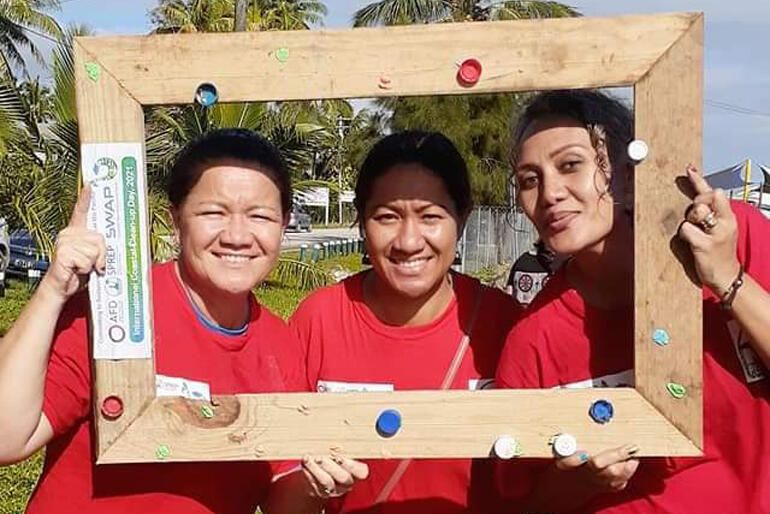 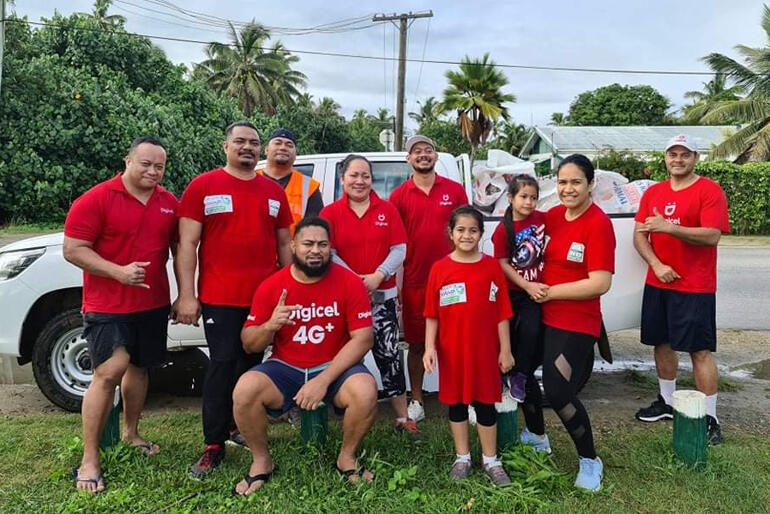 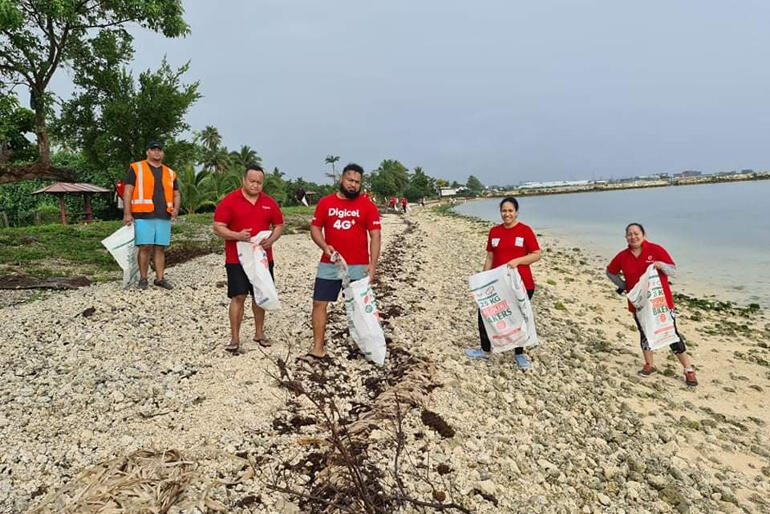 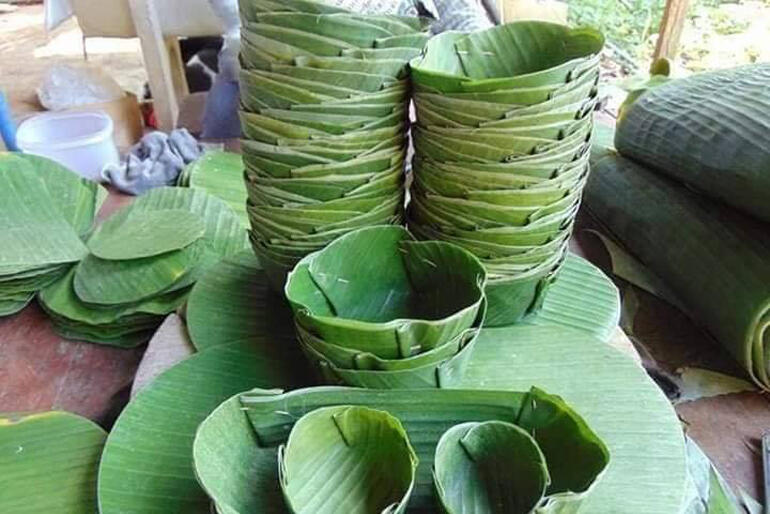 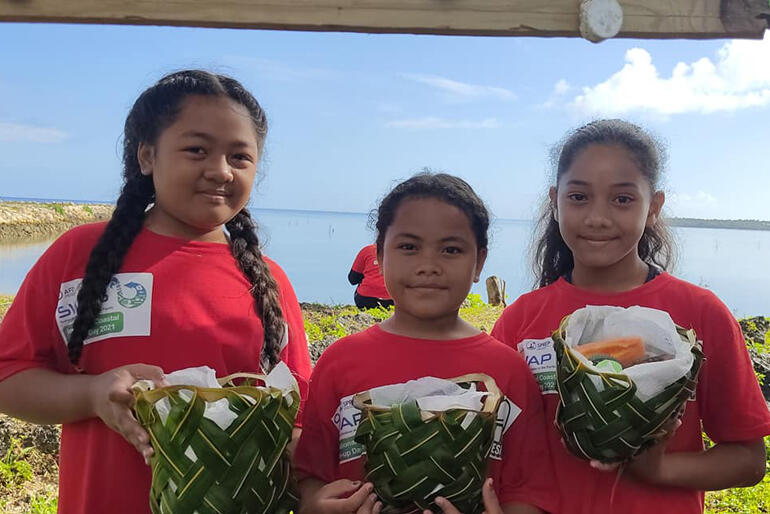 Eleni Levin Tevi’s presentation for the AWSC, is titled ‘Good Stewards of God’s Creation in a Damaged World’ and highlights the story of church women and youth at All Saints’ Fasi in Tonga, where they are building community resilience to combat the impact of climate change-driven extreme weather events and plastic pollution.

“We are trying to make sure that we are passing on messages to them that stay – because of values from our culture, and from being a Christian, and particularly being an Anglican.”

Eleni Tevi explained to members of the three-tikanga Anglican Women’s Studies network how church women in her part of Tonga focus climate action on supporting churches to drop their carbon emissions, preparing young people to protect their communities from present-day and future climate disasters, and empowering young people to lead on sustainable futures.

She connected her insights with AWSC’s 2021 Hui theme of  ‘The Earth as our mother: Te Orokohanga o Te Ao: Na vina ni vanua’ showing how the concept of earth as mother links deeply into Tongan cultural ideas of the relationships between human beings and the natural world.

Eleni outlined five ways that the Tongan word for land, “fonua” connects people and the land together.

In Tongan, Fonua stands not only for the ground or the earth, she explained, but also names the placenta (hence the importance of mothers in creation care). Fonua also names the kava given to those in community leadership such as nobles or other leaders (to denote their status), it names the “fonualoto”, the burial ground of the ancestors, and names the fonua waist mat (ta’ovala) that is worn on formal occasions.

“[From] the idea of fonua in our culture and our identity as Tongans... as women in the church we extract the understanding of our responsibility to guide young people to care for the earth...to make sure that there is sustainability to what we do now – and for when we leave the fonua behind to the young people.”

To begin with, the most urgent task to mitigate the effects of climate damage was to protect communities from increasing numbers of category four and five extreme cyclones.

To that end, All Saints’ Fasi held Community Integrated Vulnerability Assessment(CIVA) training, where young people learnt how to gather information about the places and people who were most at risk in the worst cyclones.

As a result of that CIVA training, young people in Fasi now know how to mobilise to protect their communities before a cyclone – carrying out roles such as evacuating vulnerable families and those living in poor conditions most likely to be cyclone damaged, as well as other practical actions such as installing wooden shutters to protect house windows for widows in the parish.

“Back in 2018 before Cyclone Gita we (the All Saints’ Fasi youth) carried out many of these things and that saved quite a few lives in our little part of town.”

Eleni spoke about how the second creation care campaign titled “No Pelesteki” (No Plastic) grew out of the CIVA training, as young people conducting vulnerability assessments of waterways discovered large amounts of plastic entering the sea and posing a health risk to fishing grounds.

So with “No Pelestiki” they mobilised young people to gather rubbish on the Nukualofa shore. But that soon foundered when the orgainisers discovered their climate resilience team couldn’t get off the ground unless they took into account the other pressures weighing on young people taking part.

One of those pressures was a lack of spare time, especially in homes where extra money needed to be earnt to help feed children being taken care of across extended families.

Then, on the seashore itself, they encountered evidence of illegal drug use in the community – hidden amongst the plastic rubbish they were retrieving off the beaches.

“We found we couldn’t just separate our ‘Doing the right thing’ of picking up plastic rubbish and becoming climate resilient, while closing our eyes and ignoring the other pressing issues in the community.” said Eleni.

“So when we held a 'No Pelestiki' event, we decided we would feed the children that came over to help – because some of them (who might be going short on food) came because of the breakfast.

“Then when we talked to them, we found that some hadn’t been going to school (because there were no school fees [in the family budget]) So we needed to take action on that too.”

So while the church had set out to meet its climate resilience goals, quickly the programme broadened out to counter the other issues that might hold young people back from doing the right thing by creation.

Eleni said that’s why the CIVA and No Pelesteki (No Plastic) campaigns have now evolved into a wider focus of building up young people’s skills as leaders in climate resilient communities.

'No Pelesteki' now helps young people reclaim traditional skills and rebuild intergenerational relationships at the same time – so training events might include anything from learning to weave traditional fibre bags (to replace the plastic ones), right up to to learning report writing, financial accountability or full scale environmental project management.

At the same time – as church-led programmes – the CIVA and No Pelesteki campaigns are leading young people to reflect spiritually on what it means to be called as advocates for their mother earth and as  good stewards of Creation.

“Spiritually, we need to understand that God owns everything, and we own nothing. We have to make sure that we take care of the master’s household and businesses and the wellbeing of his creation the way that he would if he were around...”

“...We have to make sure that one day when we are called back to be accountable for what we did with his creation that we will be able to report that yes, indeed I was responsible to increase what you have given to me and entrusted to me.”

In working with young people to build their own resilience, the mothers of the church now want to see a generation going forward with the tools to counter environmental damage and protect their communities from the worst impacts of climate change.

The Anglican Women’s Studies Centre was set up by General Synod to serve and advance the interests and needs of women in the Anglican Church in Aotearoa, New Zealand and Polynesia, particularly those undertaking theological training.