The Archbishops have announced the next Bishop of Nelson: he is a Kenyan-born and raised man – and a long-time standard-bearer for mission in this province.
• Nelson Mail story 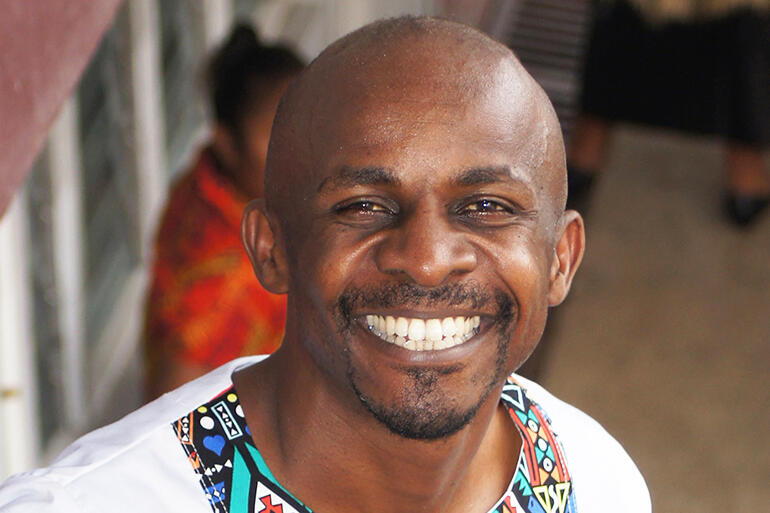 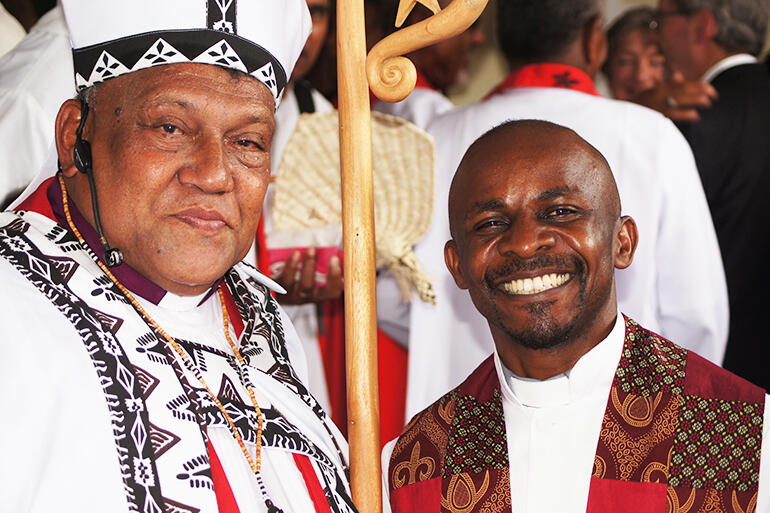 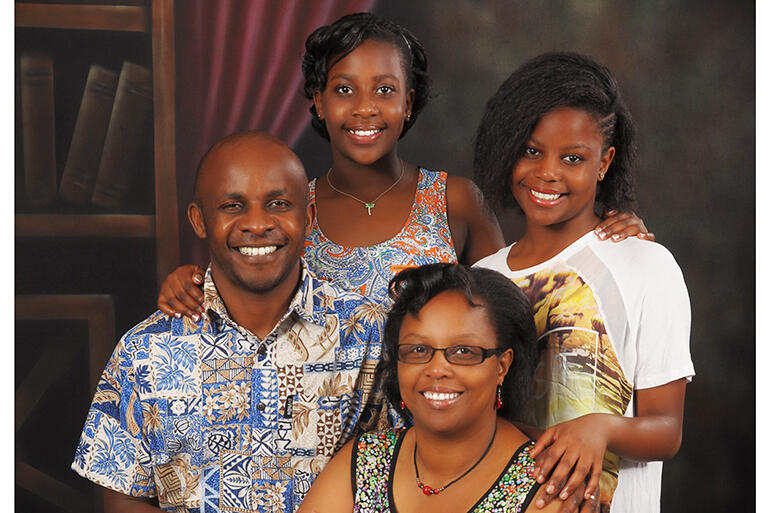 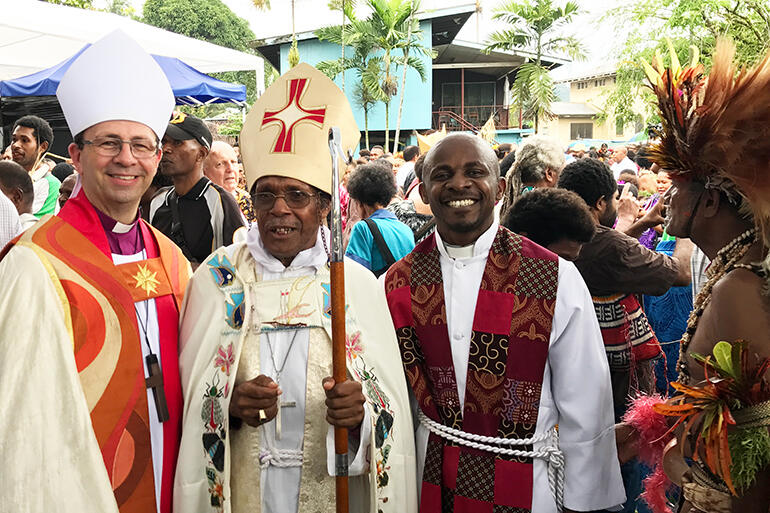 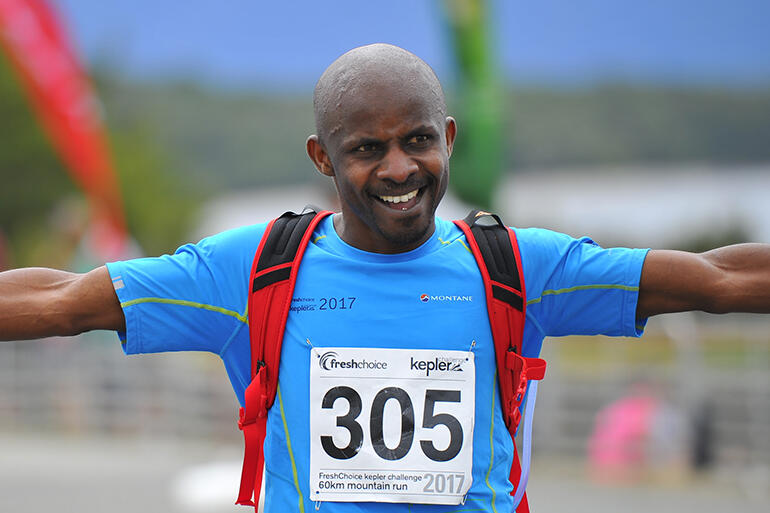 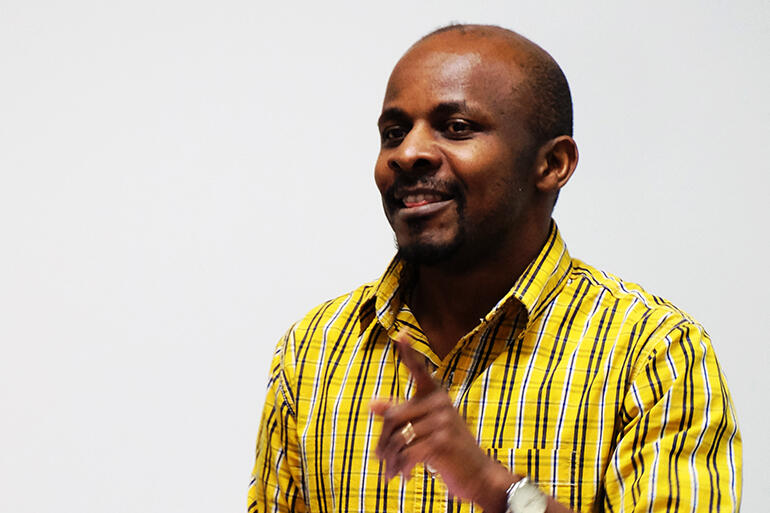 The Rev Steve Maina – the Kenyan-born and raised director of the New Zealand Church Missionary Society – has been elected as the next Bishop of Nelson.

The Archbishops today announced that Steve, who has served as the NZCMS leader for the past 10 years, and who was ordained a priest in the Anglican Church in Kenya in 2004 – will become the 11th Bishop of Nelson.

In a short statement issued this afternoon, the three archbishops drew attention to Steve's track record in Aotearoa New Zealand:

"Steve brings a proven mission focus to all aspects of his ministry and is widely respected for his energetic and innovative proclamation of the Gospel.

"His leadership of NZCMS has revitalized its response to the sending of mission partners around the world, dramatically increased the numbers serving overseas, and involved a significant number of young people in mission initiatives.

"We look forward to sharing with Steve in the leadership of our Church at a time when the challenges of presenting the Gospel in word and action require creative responses, alongside confidence in the enduring and simple Gospel message of God’s love for all people made known in Jesus Christ.

"Steve brings both a pastoral heart and a clear-thinking strategic approach to all that he does.

Steve Maina, who is 48, was nominated to succeed Nelson's retired Bishop Richard Ellena at an electoral college held at the Nelson Centre of Musical Arts from February 28 to March 2.

He's says he's "overwhelmed and absolutely humbled" that Nelson Anglicans have chosen him as their new leader.

"I would also say that I feel terrified! Can a son of Africa really do this? Someone from Kenya?

"But I also feel absolutely excited, and expectant – and full of hope, because I believe that the Gospel gives hope.

"Jesus is in the business of transforming people. And I can't wait to see what He will do."

He is a priest – and the son and grandson of Anglican priests.

He was born in 1970, grew up in Sunday School, was catechized – but in his early years, he says, "church was almost like a ritual for me."

At 14, however, Steve "discovered God's grace in Jesus.

"I was overwhelmed by God's grace, and by His love for me."

Having completed high school, Steve gained a BA (majoring in sociology and religious studies) from Egerton University in Njoro, Kenya. He then graduated, in 1996, as a Master of Divinity from Nairobi's Evangelical Graduate School of Theology.

He served as a Missions Pastor at Nairobi Chapel for three years, then planted another chapel, which he led until December 2003.

He was then appointed General Secretary of the Church Army Africa – and he was recruited from there as the National Director of NZCMS.

Steve and his wife Watiri and their daughters Rinna (who is now 18) and Tanielle (she's now 15) arrived in New Zealand in January 2009, and they have since become New Zealand citizens.

Bishop-elect Steve sees a clear continuity between his work at NZCMS and the mission he will soon undertake in Nelson.

"My heart has always been to see the church in New Zealand passionate about mission – so, this is really an extension of what I've been doing in CMS.

"Mission begins from the local church.

"My reasons for considering the Nelson role were seeing, first of all, the challenges that Western Christianity is facing in the 21st century.

"Challenges from secularism, individualism, materialism and consumerism – we have a society which is ‘pushing God out’.

"We are seeing God at work in many places within the church – but I also see the challenges of apathy, decline and lack of confidence in the Gospel.

"I yearn to see the gospel proclaimed, and to see Nelson's Anglican churches growing and thriving.

"And of course, who wouldn't want to live in the centre of New Zealand?"

He was 36 then, and serving as the General Secretary of the Church Army in Africa.
He'd met the previous head of NZCMS at a conference – and been invited to speak at the New Zealand society's mission conference.

He found himself speaking to a zealous, faithful group – many of whom had pledged themselves to mission 50 years earlier. There were, however, scarcely any younger mission torchbearers among them.

Yet where Steve came from, the average age of a churchgoer was 19.

'Could it be that God would call me from that world, to be part of His transforming work in raising a new generation of Kiwis committed to mission?'"

He mulled further on what he calls his "life verse".

"In Psalm 71:18 the psalmist says: 'Even when I'm old and grey, do not forsake me – until I declare your power to the next generation, your might to all who are to come.'

The NZCMS Board were convinced Steve was the man to take their mission forward – and in February 2009, he began to work here.

So, what's special for Steve about being Anglican, anyway?

"The Anglican Church is founded on historical faith of the reformation – and I love that whakapapa" he says.

Then, there's his personal whakapapa: "I was raised Anglican," he says, "and with three generations of Anglican heritage in my family, I find my roots there."

He loves too, the fact that CMS missionaries established the Anglican Church in these islands – and they had such a profound impact the tangata whenua called their church Te Hāhi Mihinare: The missionary church.

"I just think that the story of the coming of the gospel to New Zealand 200 years ago, with Samuel Marsden and Ruatara... it's a fantastic story, a unique story, and I feel very privileged to have been able, through CMS, to retell that story, to embrace that story, to make it my own, and to pass it on to others."

"And my dream is for the renewal of Te Hāhi Mihinare."

Steve says his first task in Nelson will be to listen, and to learn:

"I want to notice where God is at work," he says, "and where I can join Him."

His long-term hopes for Nelson pivot around mobilising for mission, creating a culture of discipleship and raising new leaders.

He hopes too, that he can pass on some of the values he learned in his homeland.

"Growing up in Africa, my eyes were opened to see people living faithfully for Jesus and sharing the Gospel in the context of persecution, poverty, and pain.

"They have great confidence in the gospel – and I hope that’s something I can bring."

From Africa, too, he learned to have a big vision – without being daunted by a lack of resources.

"A lot of the African churches will talk about: 'God's call to reach the nations and to plant churches'.

"Yet if you ask those same churches: 'Where's the money coming from?' They have no idea.'

"But because they believe in a great God, they see the possibilities.

"And I hope I can bring that sense of expectancy."

Steve Maina's own walk with Christ is anchored on the disciplines of prayer, hospitality, service – and soaking in the Bible.

"Reading, meditating, studying, memorising and teaching God's Word – that's been part of my life since I became a follower of Jesus."

"I grew up feeding on the Word. I learned early to store God's word in my heart."

For Steve, dwelling in the Bible remains of paramount importance.

"How can we hope that people can be discipled?" he asks, "if they don't know the Bible?"

Bishop-elect Steve Maina is passionate, then, about spiritual transformation.

But he's not pie-in-the-sky – in fact, he's convinced that the church is also "God's agent for social transformation."

"In New Zealand, we look to government and community organisations to fix challenges around mental health and well-being."

Those institutions have their place, of course – but sometimes "it feels like we as church have checked out from our responsibility to bring social transformation.

"Yet the church of Jesus Christ has the mandate to be salt and light on this earth."

Steve will be ordained as bishop later in the year, at a time yet to be confirmed.

"I’m excited by the possibilities and opportunities ahead," he says, "and I have confidence that Jesus will indeed continue to build His Church."