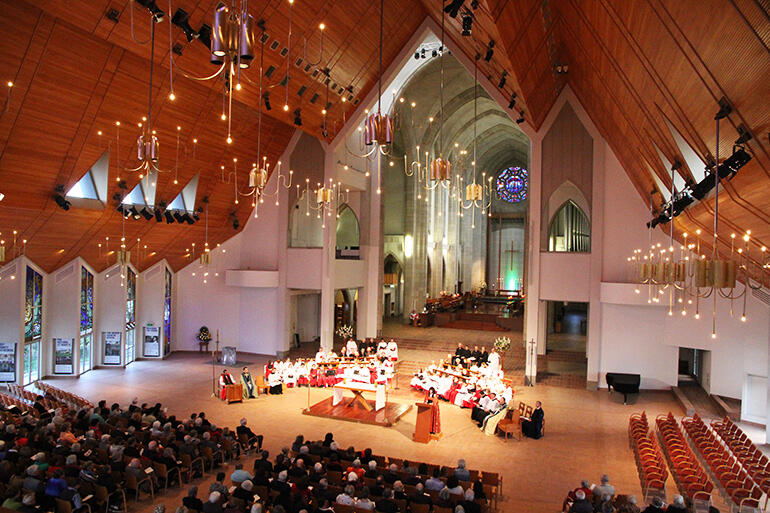 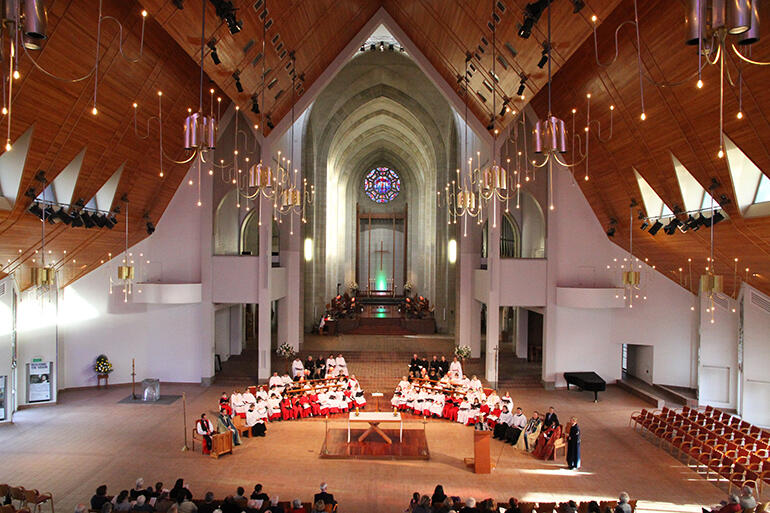 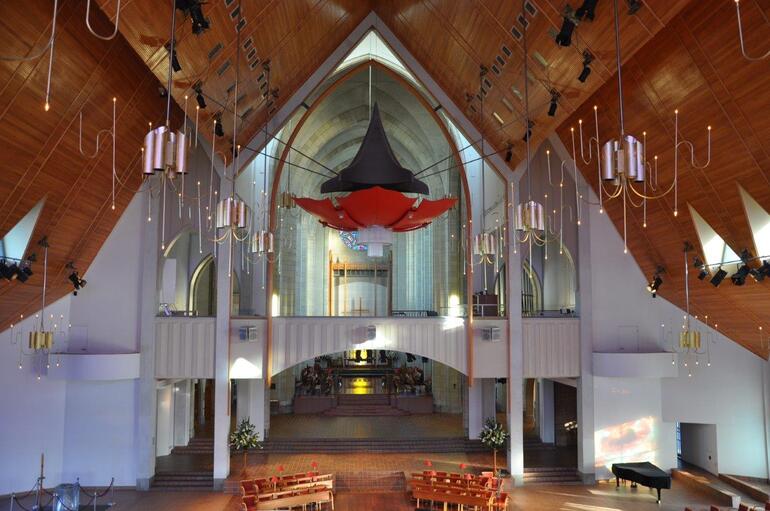 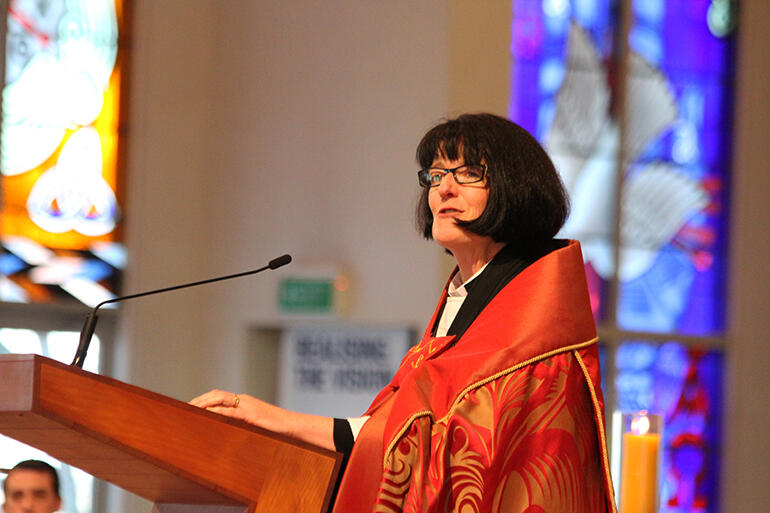 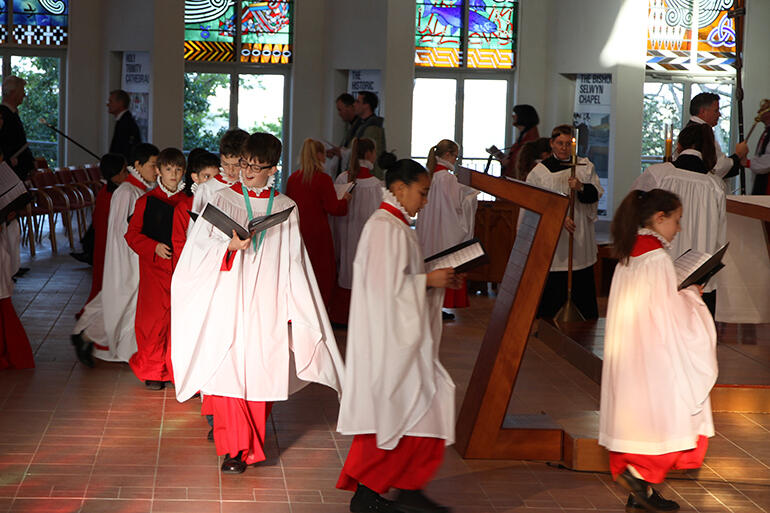 More than 500 Aucklanders thronged Holy Trinity Cathedral’s Evensong last night and experienced their cathedral in a way that few have done before.

They came to celebrate the cathedral’s re-opening after four months' closure while the ‘bridge’ – the structure that had always separated the nave from the chancel – was removed and structural steel inserted pending the installation of a new $4.5 million organ from England.

The removal of the bridge has dramatically changed the feel of the cathedral by visually tying together the older Gothic Revival-influenced chancel with the Pacific fale-style nave, and radically extending the vista from the cathedral’s doors through to the high altar, perhaps 80 metres distant.

“We hope you are delighted with how your cathedral looks,” Dean Jo Kelly-Moore told the congregation.

She drew attention to the cross above the high altar, “which can now be seen in a way that we have never seen it. The symbol of our faith, Christ crucified and risen, is now what meets our eye as we enter…

“The removal of the bridge has also raised our eyes heavenwards, as it were, to see the beauty of the vaulted ceiling of the chancel in a way that we haven’t been able to before… and to the rose window, which was invisible from the nave before.

“And that is the key intent of the architecture of cathedrals.”

“A mission they could never have imagined, into which they stepped with faith. And God equipped them for the task.

“The view heavenward (at Holy Trinity) has now been revealed in a way that it has never been before...

“May we too know again, in our diocese, that renewed sense of being a people of mission. And who knows – like St Paul, and the prophet Ezekiel – where that might take us.”

Last evening’s congregation numbered more than 400, plus a massed choir of perhaps 70, including the cathedral's regular choir, the boys’ and girls’ choirs, and the St Mary’s Singers.

They excelled themselves, too, under the leadership of Timothy Noon, with the Magnificat and Nunc Dimittis from Bryan Kelly’s Evening Service in C and Howard Goodall’s setting of Love Divine.

Holy Trinity has been closed since Pentecost Sunday, so the cathedral congregation has worshipped in the adjoining St Mary’s-in-Holy Trinity, otherwise known as Old St Mary’s.

St Mary’s itself is now closed until mid-November for the construction of a new porch and covered walkway from HTC and the completion of an outside court.

Stage three of the Selwyn’s Vision project – construction of the Bishop Selwyn Chapel at the Newmarket end of the cathedral – is due to be completed at the end of next year.

The St Mary’s organ will also be refurbished next year, while the final stage of Selwyn’s Vision, installation of the new HTC organ, will take place in 2016 and 2017.