The Dean of ChristChurch Cathedral is quitting his church job to stand as an independent on the city council. 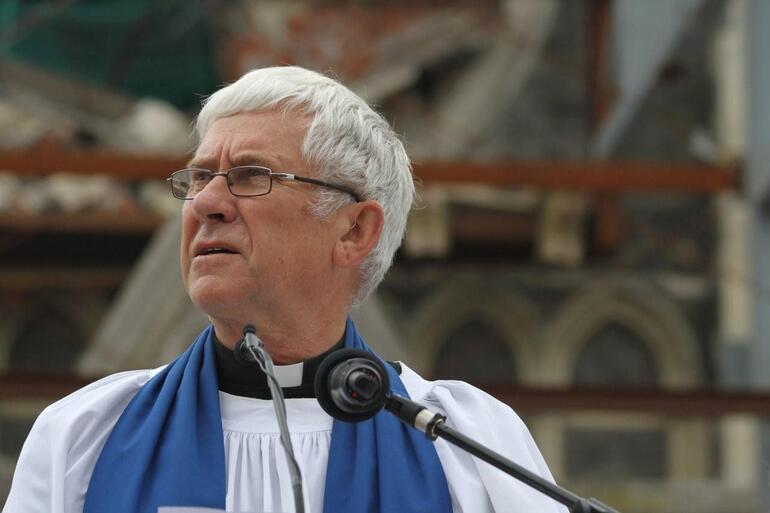 The Dean of ChristChurch Cathedral, the Very Rev Peter Beck, will stand as an independent candidate for the Burwood-Pegasus ward of the Christchurch City Council in the February by-election.

Dean Peter said today it was a “very difficult decision” to stand down after nine years at the cathedral helm.

“I will campaign for a seat at the council table to be part of the leadership that is needed to rebuild this fine city following the devastating earthquakes that have hit the heart and soul of many communities,” he said in a press statement.

“A new dean will lead the next phase in the project to build a new and wonderful cathedral, which must honour our heritage and build for the future.

“It must firstly be a safe place for people to gather and to worship – the safety of people is the first priority for any future cathedral.

“The cathedral was severely damaged in the earthquakes and we are now working to demolish only the minimal amount possible to make it safe while we plan for the future cathedral.

“I will continue to be fully involved in this during my three-month notice period.”

In a letter to her diocese, Bishop Victoria Matthews has thanked Dean Peter for his "outstanding ministry at the cathedral and in the wider community."

She wished him well in his bid for the council, and said the diocese would farewell and thank him at a later date.

Dean Peter said he strongly believed that the cathedral should be rebuilt on the same site.

“We must work with all communities and stakeholders to create a place that is again considered iconic and a symbol of Christchurch’s resilience following the earthquakes.”

Dean Peter said he would still be involved in the church, as well as being an advocate for communities needing support to recover and rebuild.

“It has been an immense privilege to be the Dean of Christchurch,” he said. “For me it has been the best job in this church.

“I have deeply appreciated the cathedral regulars, the Cathedral Chapter and the fantastic staff team who have all worked so hard to continue the living heritage, mission and ministry of the cathedral for the diocese and the city and province.

“The unique relationship that the cathedral has with the city and the iconic role it plays has been deeply humbling for me, and a responsibility which the cathedral community has relished as we have sought to live out our Christian ministry. Long may it continue.”

The chair of the Cathedral Chapter, Anthony Wright, today called Dean Peter “an inspirational pastor and leader of the cathedral community, and a powerful bridge between the cathedral and the life of the city.

“We celebrate and give heartfelt thanks for his energy and vision, his accessibility to all, his personal warmth and humanity,” he said.

Dean Peter and his wife Gay both remain committed to leading the recovery of the city.

“The best way I can represent many communities, including the church, is to campaign for a seat around the council table,” Dean Peter said.

“Given the impact of the earthquakes on the area, I see the Burwood-Pegasus community as needing strong and compassionate leadership and advocacy.

“I care about this community. I want to serve it and all of Christchurch, as I have done for many years, and I want to get things moving for the people in the eastern suburbs.”

Dean Peter said he was also prepared to fight for what is right.

“Being a church leader has meant working with many different people and groups from different walks of life, and providing effective leadership to achieve an end goal.

“The same is required for the people of the eastern suburbs around the council table.

“I’m also clear that we need to work in partnership with the business community, as they will drive much of the economic recovery that the city needs to create jobs and opportunities for everyone.

“We need to be one as we battle the many challenges that Christchurch has to face in the coming years.”

Dean Peter said he is confident of support from all political viewpoints, just as he has had in his cathedral role.