An historic chapel with links to Antarctica is returning home to Lyttelton. 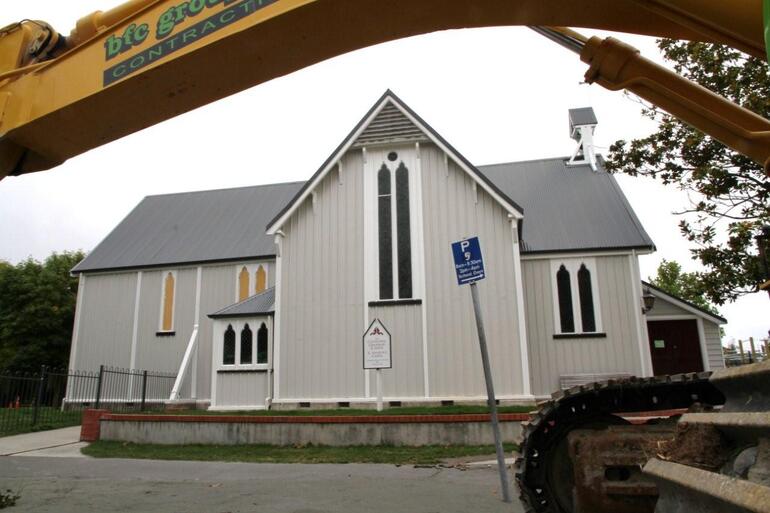 Historic St Saviour’s Chapel is going home, back to Lyttelton.

“This is an excellent opportunity to preserve some of Canterbury’s history and give a new lease of life to a beautiful and much admired historic Chapel,” headmaster Paul Kennedy says.

Holy Trinity Church in Lyttelton suffered extensive damage in the earthquake on Feb 22, 2011.

Stained-glass windows were retrieved for storage in early June 2011 by Graham Stewart and the following week, on June 13, the stone church completely collapsed, leaving the roof sitting on the ground.

It was subsequently de-consecrated before being removed in pieces from the site.

St Saviour’s Chapel was originally constructed in Lyttelton in 1886, to a classically elegant Cyril Mountfort design.

In Lyttelton it was the church for many sailors from Captain Scott’s “Discovery” and the tragic “Terra Nova” expedition.

It claims to be the church in which Scott prayed just prior to leaving New Zealand shores. This beautiful wooden chapel was cut into large pieces and relocated onto its current site in 1976.

The Cathedral Grammar School Trust Board is extensively redeveloping the school site as a result of the 2010 / 2011 earthquakes.

Growth in roll numbers has meant that over recent years the chapel is slightly too small for the school’s needs. The school has decided to build a larger chapel.

Bishop Victoria Matthews says, “This co-operation and consideration of others’ needs, which both honours the past and looks to the future, is an example of what all of Christchurch and Canterbury needs to commit to if we are going to succeed in building a new future that makes our descendants proud.”

The original altar from St. Saviour’s Chapel was gifted to the Antarctic Division of the former government department, DSIR, for installation in the chapel at Scott Base. It is believed to be currently installed in the Chapel of the Snows, at McMurdo Station.

Vestryman Mark Penn said the chapel would be a place of worship for all faiths in the town.

"If you speak to anybody in the community they are all so excited about this," he said.

"We managed to save a lot of timber, a stained-glass window and other important artefacts from Holy Trinity before it was demolished. We will try to use these in St Saviour's."

Options for relocating the chapel include transporting it over the Port Hills by road or floating it on a barge.

Cathedral Grammar plans to build a larger chapel in the coming years.