The 130-year-old spiritual centrepiece of Christchurch is reduced to an ordinary ruin. And all in the space of half an hour. 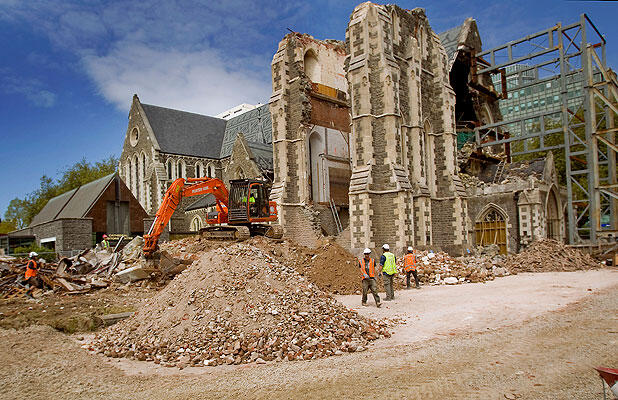 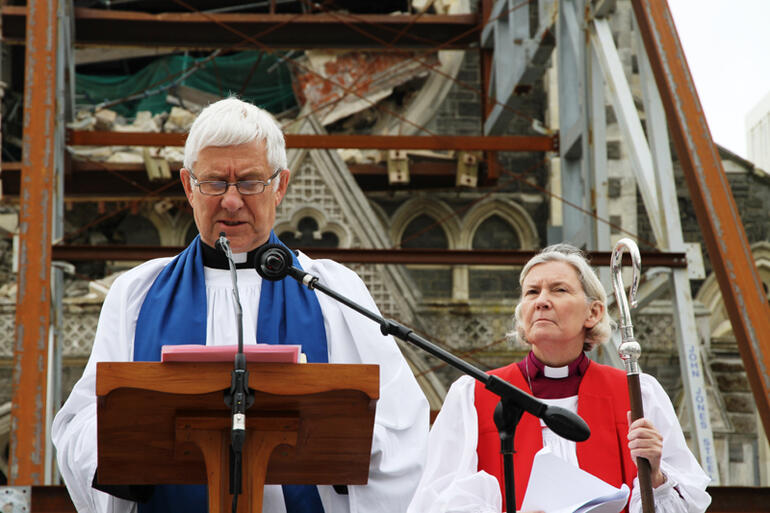 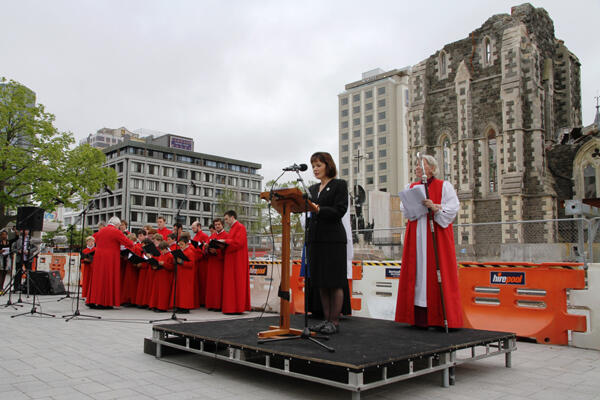 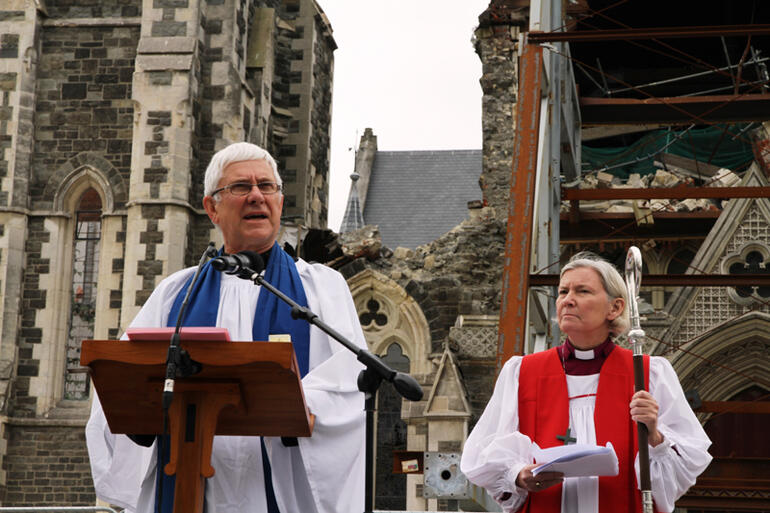 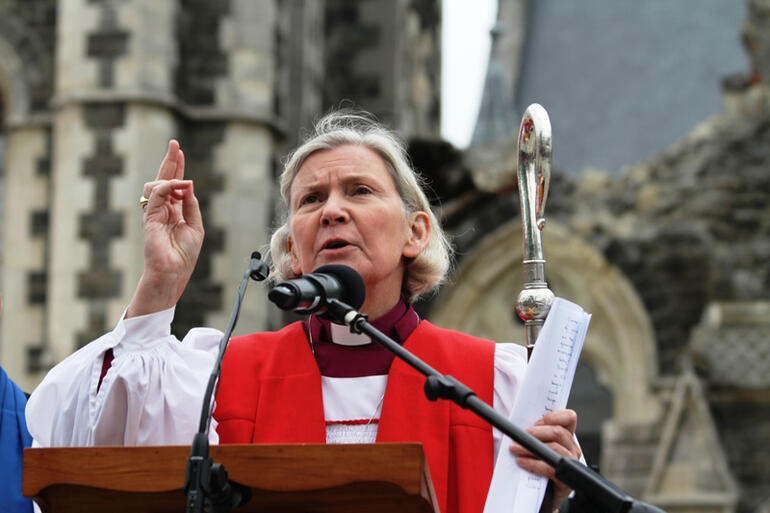 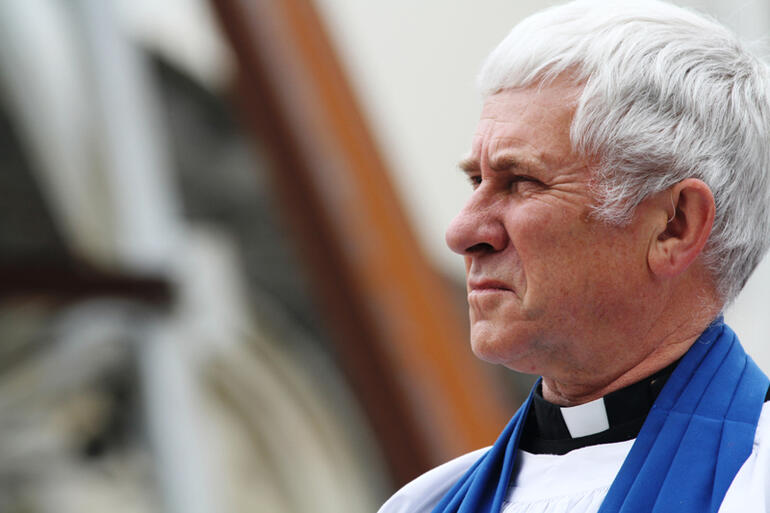 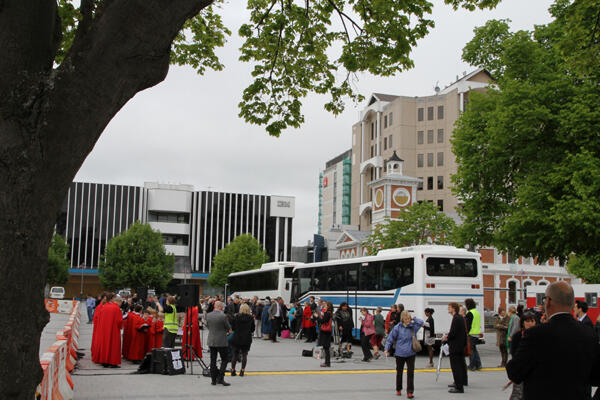 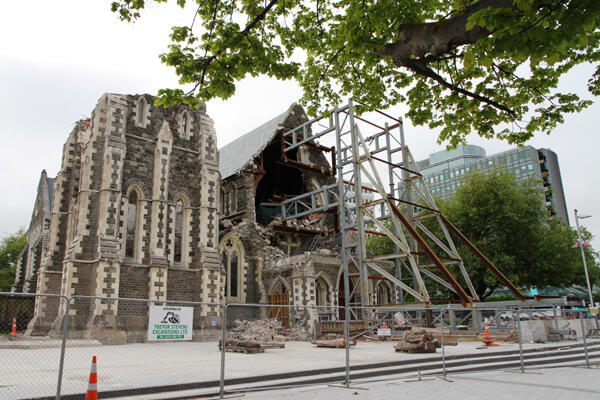 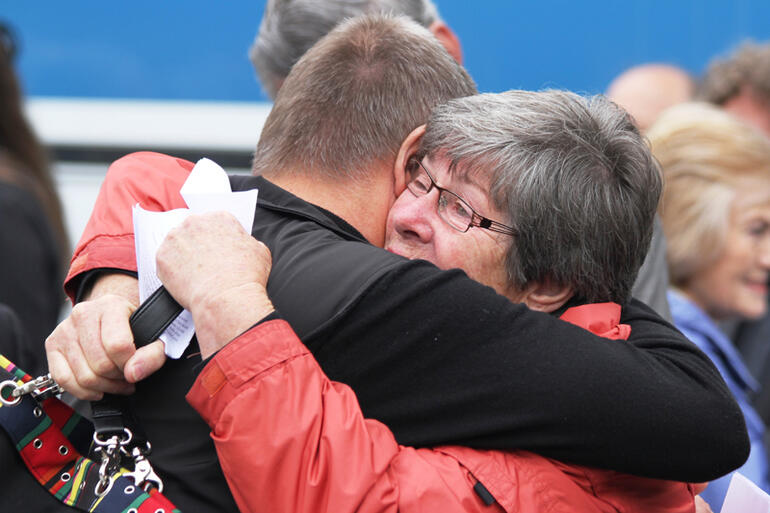 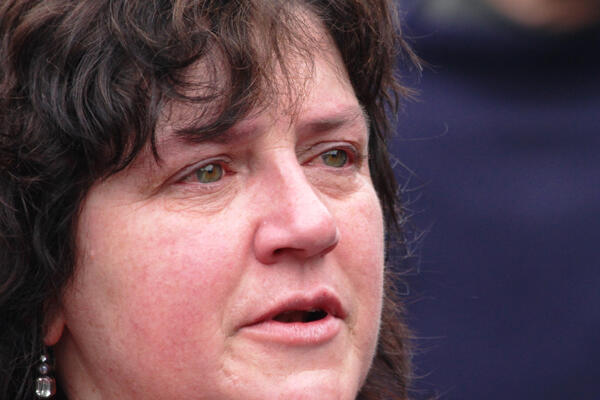 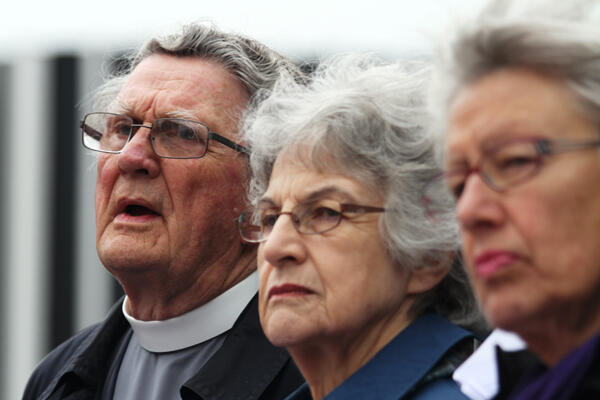 The 130-year-old spiritual centrepiece of Christchurch today was reduced to an ordinary ruin. And all in the space of half an hour.

Up to 350 people gathered under a leaden sky in Cathedral Square for the service of deconsecration, led by Bishop Victoria Matthews.

They were principally cathedral folk and diocesan clergy, but a scattering of civic representatives included earthquake minister Gerry Brownlee, off to one side and darkly attired like a respectful funeral director.

Facing the broken entrance – albeit at a safe distance – the congregation quietly gave thanks for the extraordinary life and ministry of the place since the original consecration by Bishop Henry Harper in November 1881.

“We did not treat this space as we would ordinary space, but as we would treat the very presence of God,” they intoned in the litany.

And then, in solemn committal: “Today we return this space to the common, and return this place to the earth.” Even the wind sighed in sympathy.

Six buses had conveyed the people from the Botanic Gardens carpark, through avenues of desolation and rubble.

But the chatter of excitement at finally seeing inside the red zone soon fell away as the enormity of destruction hit home. Some streets are recognisable only by their signage – and even those buildings which still stand are no better than slums.

In his mihi of welcome, Dean Peter Beck noted that “this is a sad day, and yet another step in the recovery and rebuilding of our city.”

He paid tribute to the many “living stones” which had held the spirit of Christchurch for so many years, and concluded with a prayer from the former UN Secretary-General, Dag Hammarskjold: “For all that has been, thanks. For all that will be, yes!”

The opening hymn, led by the Cathedral Choir in red cassocks, was “One Church, one Faith, one Lord” – not a bad confession in the face of such upheaval.

In her homily, Bishop Victoria acknowledged the prevailing sorrow but focussed strongly on the hope of resurrection.

“In homelessness, God’s love is still with us,” she said. “This is not a time to lose hope.

“We need to move on, knowing that what God has in store for us is more magnificent… We are a work in progress…

“Even as we deconsecrate, as we shed our tears, let us be full of hope because we go forward in the mission of Christ.

“It is the mission that matters… Let us be a pilgrim people – people of the resurrection.”

Moving then to the formal deconsecration, Bishop Victoria declared: “I do remit this building, and all objects remaining in it, for any lawful and reputable use, according to the laws of this land.

“This building, having now been deconsecrated and secularized, I declare to be no longer subject to my canonical jurisdiction.”

The final hymn, sung gamely through taut throats, was “Now thank we all our God, with heart and hands and voices.”

The next step in the cathedral saga – a $4m exercise in itself – is to make safe what remains of the icon and to assess what may give rise to a new centrepiece.

Meanwhile, the search goes on for land on which to erect a transitional cathedral.