Mihinare & prisons: 4 things to do

While the standoff at Wakeria prison has been resolved – thanks to iwi intervention – it has once again highlighted the failure of Aotearoa New Zealand’s system of imprisonment and justice. Here three Māori Anglican priests lay out four key ways Mihinare can respond. 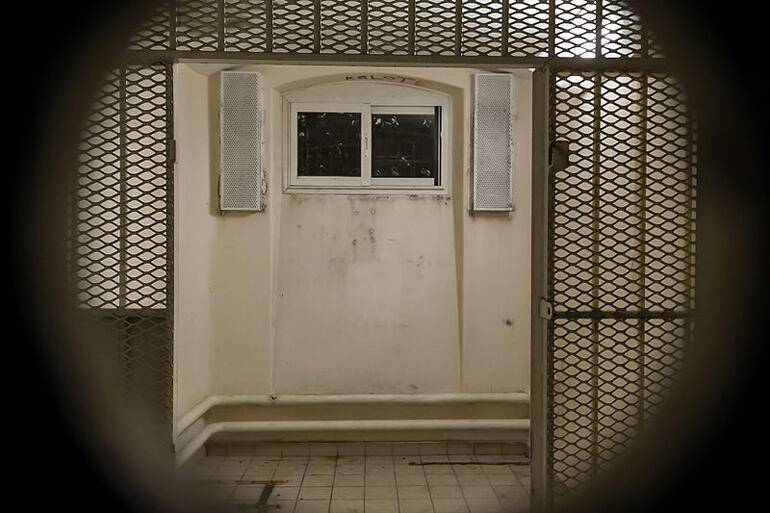 Watching the latest news from Waikeria Prison confirms what we have known for some time – that prisons simply do not work. In fact, they make the situation worse, making people more likely to reoffend, as well as hurting whānau on the outside.

Rather the disproportionate rates that see Māori incarcerated far more than any other group in Aotearoa can be partly attributed to racism, discrimination and inequality. Data shows that if a Māori and a non-Māori appear before the same court on the same charge, it is over ten times more likely that the Māori defendant will be sent to prison.

Looking at these issues, we follow the wisdom and expertise of people like Tā Kim Workman, Professor Tracey McIntosh and Julia Whaipooti. We know our people are frequently kept under conditions and policies that are dehumanising and damaging. These include the same racist attitudes that led to wāhine Māori being tortured in their cells, subjected to gassing, and unlawfully segregated for months on end.

Being sent to prison is the punishment. The prisons themselves must still meet the human rights of those incarcerated, and from our perspective uphold the mana and tapu* of those in Correction’s care.

As Mihinare priests we believe that it is our calling to respond to such injustice, to speak truth to power and to proclaim the Gospel with words and actions. This is consistent with Jesus’ ministry, calling out the wrongs in society - both immediate and structural. How we treat the weak and poor is the ultimate measure of our society – not our sporting wins or GDP.

This is also consistent with our history as Mihinare. We do not stand idly by while our people are subjected to further oppression and marginalisation. And this is not just a calling for priests. All Mihinare – all people of faith – are called to respond to these situations. One of the keys though is as Mihinare we respond as Christians informed and shaped by the mātauranga of this land, not just what “liberal” or “conservative” Christianity derived from the global North would have us do. And so we have four actions for you to consider:

Understand where your whānau is in this issue. Because of the world-leading imprisonment rates of Māori in relation to our population, every whānau has a mokopuna or whanaunga in prison. While their actions may have denigrated the mana and tapu of others, and may be a cause of shame for the whānau, that doesn’t mean what they are going through is deserved or is working. Many are incarcerated because of structural racism. Most will come out worse than they went in. And prison is not our tikanga. For many of us we know this situation all too well, and it is a source of great pain and hurt. But for the rest of us we need to know – and own – our whanaunga and mokopuna in prison.

Blaming structural racism? How will they come out worse? Don’t they deserve it? All important questions. And as a starting response: Prisons do not work. They do not work in terms of lessening the chance of reoffending. They do not rehabilitate and heal. They do not restore the mana and tapu of the victim, nor of the offender. They do not meet the tikanga of Jesus nor of our tīpuna. So take the time (hover over the waters) to understand the causes and solutions involved (which are complex). Do some reading; talk to people who know; wānanga with your whānau; and study scripture. Maybe Luke 4:16-20 is a starting place – when Jesus said he had been sent to proclaim release to the captives, what did he mean? Opening cell doors? Or undoing the structures that bind our people into poverty and crime?

As Mihinare we have a proud tradition of living out our faith, of our faith empowering us to act, to do more, to be more, and to seek the best for one another. Sometimes these actions are big, like taking over a stadium during an international rugby tour, other times they are humble, like lending a sympathetic ear. One thing remains true however, no matter how big or small, they are never insignificant. Our tīpuna embraced the power of the written word, and it is to this seemingly simple tool that we now return. If you feel called to act, then pick up a pen, grab a piece of paper and write to the Māori Members of Parliament, to our members of Parliament (or do it all online, it is 2021 after all) and let them know that even though many of the people who now find themselves incarcerated may have committed crimes, they are still our whānau, they are still our mokopuna, and we still love them – they deserve more.

in scripture you were condemned as a criminal

and you knew the isolation,

and the confusion that imprisonment brings.

Help us to remember

that when we look upon the faces of those in prison,

it is your face that we are called to see.

For those who have hurt others, and those who are hurt by them, we pray, merciful God,

that they might be enabled to transform their lives,

and be granted hope for the future.

For those imprisoned unjustly,

bring them release we pray.

kia mahara hoki ki to whakahau i roto i a Te Karaiti:

We pray for those who have authority over prisons.

May they be guided always by compassion

and may they be reminded of your exhortation in Christ:

We pray that the oppressive structures,

that condemn our people to prison may cease.

That the desire to heal

and that the seeking of justice

might go hand in hand with the call to mercy. Amen.

Mana and tapu: personal dignity, authority, the sanctity/holiness of the human person/soul

Tikanga: way of doing things, way of being