The Archbishops of Canterbury and York have invited Christians around the world to spend 10 days in prayer for people to find purpose, come to faith and know Jesus better. 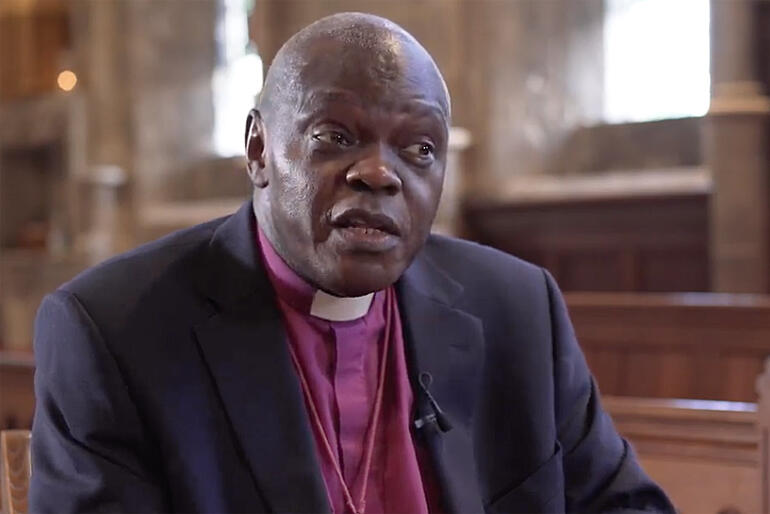 The Archbishops of Canterbury and York, Justin Welby and John Sentamu, have invited Christians around the world to pray for more people to know Christ. The invitation comes in the run-up to the now-annual Thy Kingdom Come global wave of prayer, which runs from Ascension to Pentecost. The invitation was initially given to clergy of the Church of England in 2016, but was quickly adopted by Christian leaders of different denominations in the UK and around the world.

This weekend, in two separate videos, Archbishops Justin Welby and John Sentamu invited Christians to take part in their own unique ways.

Archbishop Justin encouraged Christians to pray in whatever manner works for them whilst also promoting the new Common Worship Daily Prayer app, which was produced in partnership with the Church of England.

“It doesn't matter if you pray formally or informally, just pray,” Archbishop Justin said in the short video, which was filmed in the historic Lollard’s prison tower at Lambeth Palace.

In his video, Archbishop John encouraged Christians to pray for five people.

“Will you find five people, pray for them, on the hour every hour when their names come through?”, he said.

“You are going to be surprised on how your own prayer life actually becomes a joy and a delight.”

This year, Thy Kingdom Come has focused on incorporating a wider range of voices, drawing on the faith of what organisers call “everyday people”, such as Christian emergency service workers and Army personnel alongside more well-known voices such as the speaker and author Krish Kandiah; the new Worldwide President of the Mothers’ Union, Sheran Harper; and the world-renowned theologian, Bishop Tom Wright.

It also features young voices such as Jasmine Yeboah, the British Methodist Conference’s Youth President-designate for 2018-19 and some of the current members of the Community of St Anselm – the new monastic community for young people based at Lambeth Palace.

Thy Kingdom Come also recently launched its newly revamped website complete with resources available in eight different languages and with a new engagement feature “share and shine your light”, which allows those who sign up, to shine their light on a global map and share it across social media.

“We really wanted to focus on the power of story this year so have a wonderful range of videos on this very theme”, Thy Kingdom Come’s Project Director Emma Buchan said. “We are really excited by these range of voices and hope that it will encourage Christians to go deeper in their prayer and discipleship during these 11 days.”

Since the movement began, more than a million Christians from 65 different denominations and traditions, in more than 114 countries worldwide, have prayed for more people to come to faith in Christ

To find out more visit thykingdomcome.global