Archbishop David Moxon is heading to Rome to become the Anglican Communion’s chief ambassador to the Roman Catholic Church. 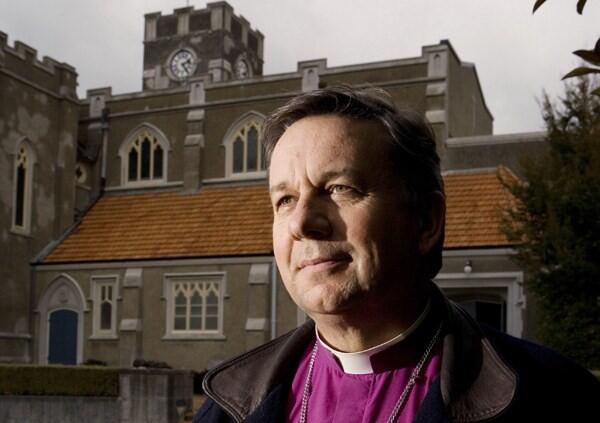 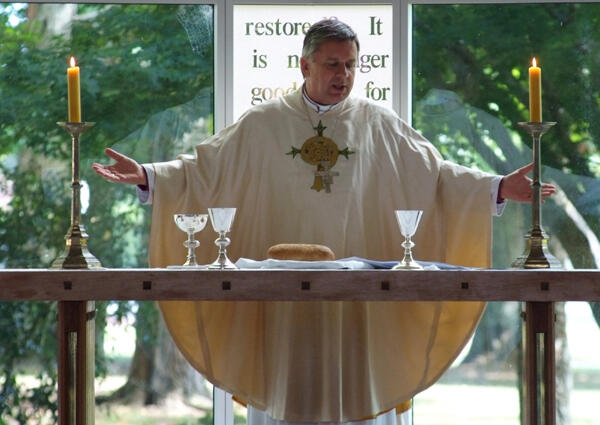 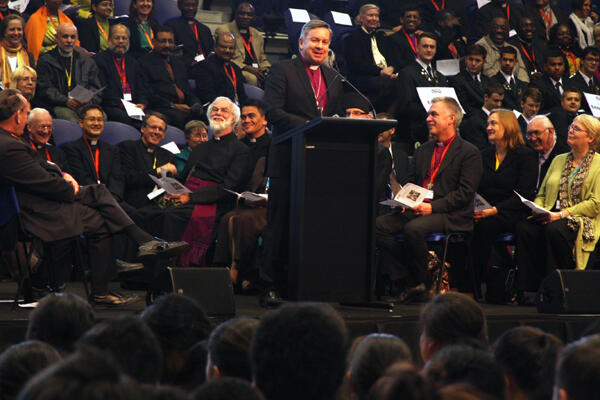 Archbishop David Moxon is heading to Rome as the Anglican Communion’s chief representative to the Roman Catholic Church.

This means he will step down in April as the Archbishop of the New Zealand dioceses, and thus as one of the three leaders of the Anglican Church in these islands. He will also resign as Bishop of Waikato.

Archbishop David’s new role in Rome will be twofold: as the Archbishop of Canterbury’s Representative to the Holy See, and also as the Director of the Anglican Centre in Rome. He expects to take up those responsibilities in May next year.

The representative role involves relating to the Vatican and the Pope on behalf of the Archbishop of Canterbury and the Anglican Communion; while the Anglican Centre is an Anglican “embassy” in Rome which promotes Christian unity though hospitality, prayer and education – and which brokers new joint endeavours by the Catholic and Anglican churches.

Archbishop David was asked to consider the role earlier this year. After months of prayer and consideration he applied, and he was offered the post by Dr Rowan Williams – who says he is “personally delighted” that Archbishop David accepted.

“There can be few people in the Communion so well qualified for this work,” says Archbishop Williams. “Archbishop David has done distinguished service to the Anglican – Roman Catholic dialogue both locally and globally, and brings to this post both a wealth of experience and a range of profound friendships across the confessional frontiers.”

Archbishop David says he felt compelled to heed the call that came his way.

“Our two churches are on the verge of new opportunities for joint mission,” he says, “especially in the aid and development area. I’m also convinced there are new opportunities to learn from each other, and to support each other in the sacred cause for which Jesus gave his life and blood.”

Archbishop David says this church of Aotearoa New Zealand and Polynesia has shown him the true potential for reaching out across cultures and divides – and encouraged him to “go global” with what he’s learned.

“I will be taking with me everything I have been given by the church in these islands.”

Archbishop David’s appointment has been hailed by the leader of the Maori arm of this church, Archbishop Brown Turei – who suggests that Archbishop David’s track record of forging relationships with people from other backgrounds will serve him well.

“He was so easy to work with, so unusually well equipped to do what he did here with the three-tikanga church, that I’m sure he’s the one to develop relationships with the Catholic church. I will miss him.”

The leader of Tikanga Pasefika, Archbishop Winston Halapua, the Bishop of the Diocese of Polynesia, adds that it’s no surprise that Archbishop David has been ‘handpicked’ by the wider church to go to Rome.

“I knew that it wouldn’t be long before something like this happened. He has the skills that the Anglican Communion needs and I know he will do brilliantly.

“His going is a loss to us. But we rejoice in our sadness, because he has given us so much.”

Meanwhile, Bishop Philip Richardson, with whom Archbishop David has led the Diocese of Waikato and Taranaki for 13 years, says his brother bishop has left “an indelible mark” on the diocese.

“His passion for the gospel, his love for people and his style of leadership made him deeply loved by the people of this diocese,” Bishop Philip says.

Episcopal partnership with Archbishop David “has given me the most fruitful and enjoyable years in ministry that I’ve had – and I will really miss that.

“But I believe so strongly that this appointment is the call on his life. And I think this is international recognition of the calibre of his leadership.”

The Catholic Bishop of Hamilton, the Most Rev Dennis Browne, in whose cathedral, in 1993, Archbishop David was ordained as the sixth Bishop of Waikato, has also extended his warmest wishes:

“The big promotion! I’m actually a little bit sad because we’ve worked really closely together for nearly 20 years now and he’s become a great friend of mine.

“I think it’s sad for the Anglican Church here in New Zealand, too, because to my way of thinking they’re losing a wonderful, natural pastor.

“He’s got that broad thinking, that very sharp intellect that is great, not just for the Anglican community but for the whole of New Zealand, really.

“Ecumenically, we’re going to miss him here in Hamilton. He’s been so approachable, so easy to get on with.

“He’s got that sensitivity that will serve him well in this new position. The fact that he’s already been really involved internationally… he will be a great asset in Rome, and I hope he’ll feel at home in the special atmosphere that is the Vatican.”

Archbishop David says he feels “a genuine call” to helping outwork the “new approach to Anglican-Roman Catholic Ecumenism” – which is based around working together in justice, development and peacemaking.

Archbishop David’s appointment was a supremely logical choice for the Archbishop of Canterbury to make.

Since 2010, Archbishop David has been co-chairman of ARCIC 111, the third phase of the Anglican Roman Catholic International Commission. In that capacity he has worked alongside Archbishop Bernard Longley, the Catholic Bishop of Birmingham, and small teams of Anglican and Catholic scholars to find common ground between the two denominations.

Archbishop Moxon’s ARCIC 111 appointment followed years of him being involved with ecumenical dialogue here in New Zealand and on the international scene.

Archbishop David, who is 61, says he feels the Rome appointment  is “a call, for the last stipended phase of my ordained ministry.

“If I was going to make a move, it would need to be about now in order to serve another role for a reasonable amount of time.”

Archbishop David’s appointment to Rome also triggers the need to fill a number of key posts in this province.

A new Archbishop of the New Zealand dioceses will have to be found, for starters – and that process will begin when the eight remaining Tikanga Pakeha bishops meet in January next year.

They will then forward the name of one of their number to the InterDiocesan Conference.

The IDC, which comprises Tikanga Pakeha bishops, elected clergy and lay people, will then decide whether to affirm that nomination. If they do so, their decision will then be declared to the General Synod/te Hinota Whanui and to the wider church.

Archbishop David says he hopes that decision will made early next year, rather than later, so that the new archbishop can prepare well for the 2014 General Synod and for the church’s bicentenary celebrations, which are also in 2014.

Question for Waikato and Taranaki

Archbishop David’s leaving also triggers the statutory obligation the Diocese of Waikato and Taranaki has under its canons to review whether it wants to continue with its unique dual bishopric model.

Assuming that it does so, there’ll be also be the need for that diocese to plan for the election, most likely midway through 2013, of a new bishop.

Archbishop David says his appointment to Rome will mean that, for a time, his own whanau “becomes global”.

His wife Tureiti recently led the development of a new $4 million Maori community health centre in Hamilton, and she believes she should stay, for the immediate future, as CEO of that centre.

So the Moxon whanau will visit Rome regularly, and Archbishop David will return to New Zealand during the year. The term of office for his new role is three years minimum to five years maximum, and there are generous provisions for leave and home travel.

Archbishop David will succeed the Very Rev David Richardson who, prior to his appointment to Rome in 2007, was Dean of St Paul’s Cathedral in Melbourne.

Archbishop David says he is already processing grief about leaving these islands and the church which he has served as a priest for 34 years.

“I am deeply grateful,” he says, “for everything that this church has shared with me and for all that I have been able to learn.

“I thank God for every opportunity and for many friends and colleagues. I will find ways of thanking so many of you in the months ahead for all that you mean to me.

“This church is a taonga and I will always treasure it.”