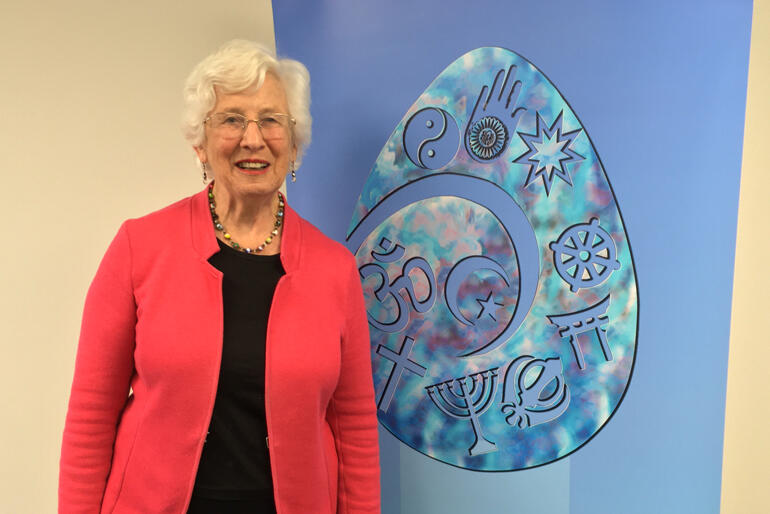 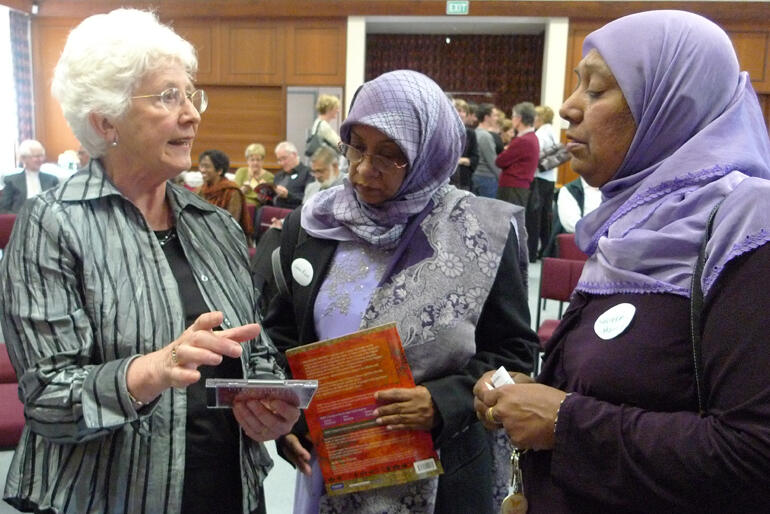 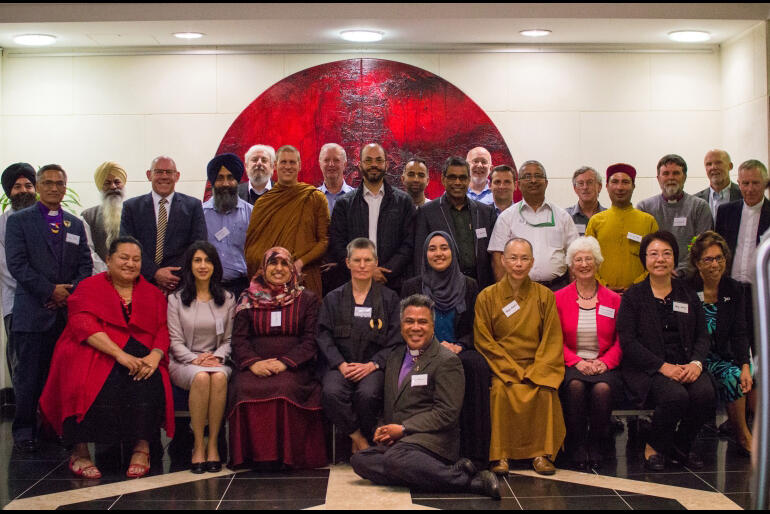 Auckland Anglican Jocelyn Armstrong topped the Archbishop of Canterbury’s recipients for the 2020 Lambeth awards this week for her work in building understanding of religious diversity.

“Jocelyn Armstrong has made a highly significant contribution to building peace and cooperation between diverse religious communities in Aotearoa New Zealand over many years.” said Archbishop Philip Richardson today.

“As well as building up interfaith relations, Jocelyn has advocated and resourced religious diversity education for all New Zealanders through her teaching, organisation and networking.”

“Thanks to Jocelyn’s vision and commitment – and her ability to draw on long-established interfaith relationships – we now have a national Religious Diversity Centre that is uniquely positioned to resource a deeper understanding of religion’s critical role in shaping the cultures and identities that make up our country.”

Jocelyn Armstrong has welcomed the award as a recognition of Aotearoa New Zealand’s work to develop interfaith relationships and understanding to this point.

“I see this award as the Anglican Church recognising and appreciating the work so many people have done to build interfaith relationships and understanding of religious diversity around Aotearoa New Zealand over the past thirty years.” said Jocelyn Armstrong.

“We are a country where diverse faith communities can take action together in peace: Sikhs can organise a community tree-planting project, a Hindu community can involve different religious groups in organising a fun day for special children, a multifaith marae can provide for people needing assistance in a time of crisis, a cathedral can host an Iftar dinner during Ramadan, the public can visit open days in various places of worship”.

A teacher by profession, Jocelyn Armstrong first recognised the urgency of interfaith education through her involvement with the Asian ecumenical movement.

“From that perspective, I could see clearly how New Zealand was dominated by a British, Christian culture,” she recalls.

Jocelyn says that in the 1980s, that kind of New Zealand, that monoculture was already being rigorously challenged by Māori, through calls to recognise the Treaty of Waitangi in the way the country perceived itself and organised its life.

“But there was nothing happening to help people prepare for the multireligious, multiracial society that was about to emerge.”

“When in 1987 our immigration laws changed to welcome people from a greater range of countries, there was nothing in place to prepare New Zealanders for the fact these new communities would bring their faith traditions with them.”

“As new immigrant communities settled and made their homes here, our city skylines began to feature mosques, gurdwaras and temples. If people didn't understand what those buildings meant, or what went on in them there could be fear, suspicion, or even violence.”

“We needed to take action to help people understand one another’s cultures, and especially their faith traditions and practices, because you cannot separate faith from culture without losing a big part of the picture.”

Jocelyn served as a member of the Auckland Interfaith Council for 11 years and contributed to numerous interfaith events and projects over that time.

Then, with a teacher’s perspective, Jocelyn tackled religious education.

As Head of Religious Education at Auckland’s Diocesan School for Girls between 1997-2007, Jocelyn developed a multifaith religious education curriculum. On her retirement, educational publisher Pearson asked her to produce a Social Studies textbook on religions and identity, which they published in 2009, entitled, ‘Discovering Diversity – How the diverse values and beliefs of world religions are shaping our identity.’

“I agree with the New Zealand national curriculum that for effective learning students’ identities, backgrounds, cultural and religious traditions need to be recognised and affirmed.”

“That way students can learn to appreciate and respect one another – so there is less misunderstanding and bullying”.

But Jocelyn didn’t stop there. She was concerned at the ongoing harassment, violence and racism suffered by minority religious communities.

“I came home with the vision of such a professional centre for this country.”

“I envisaged it as a training vehicle that could complement and resource the many volunteer interfaith councils and informal relationship building efforts that were happening between faith groups around the country.”

So it was a dream come true when in March 2016 Jocelyn Armstrong joined religious, government and community leaders from across the country to witness former Prime Minister Helen Clark launch Aotearoa New Zealand’s first interfaith institute – the Religious Diversity Centre.

The Religious Diversity Centre is now a multireligious foundation for professional research and evidence-based religious diversity education, which also hosts an annual gathering of the national Religious Leaders’ Forum.

The Centre’s Professional Development training in Religious Diversity is designed to be a good fit across many fields – not only for people of faith, but for government departments, teachers, social workers, medical professionals and business people – all those who stand to benefit from a better understanding of how faith shapes the lives of those they work alongside.

The Government’s Office of Ethnic Communities recognised the forward-thinking of the Religious Diversity Centre this year, when they invited its interfaith leaders to help plan a national consultation on building solidarity in the aftermath of the terrorist attacks on Al-Noor Mosque and Linwood Islamic Centre last year.

The report from those consultations is not yet out, but Jocelyn is hopeful for the potential they hold.

“Lately we have seen a growing recognition from Government and the media that better understanding and respect for religion is essential in the public space.”

“Coming out of that is an awareness that religions have an important contribution to make to human wellbeing and therefore to our social policies.”

“That shift is in line with what’s happening at an international level, so for example the United Nations will consult religious leaders on what approaches will work best for faith communities.”

Jocelyn has seen the fruits of that new attitude even more recently, which she believes vindicate the efforts of so many people of faith who have invested in this field.

“In the Covid-19 lockdown, we saw the media going to religious groups to see how they were doing, and they found all the religious groups were continuing to serve their communities in so many ways – from offering worship online, to pastoral care for isolated people, to providing emergency food and helping homeless people to get housed.”

“They found that when the economy ground to a halt, religion kept on praying and serving – and we tapped into not only our spiritual resources, but our global networks.”

“In that time of crisis when so much was taken away, religion kept on – working from our understanding of human worth and spiritual identity that transcended our economic lives.”

Jocelyn Armstrong is a recipient of the Archbishop of Canterbury’s Hubert Walter Award, which is named after 12th century Archbishop of Canterbury Hubert Walter who negotiated a peace treaty in the midst of the crusades between King Richard I of England, and Saladin, the Islamic monarch who ruled over many territories, including Jerusalem at that time. Hubert Walter was hosted by Saladin and they forged a treaty that enabled unarmed Christian pilgrims to enter Jerusalem under Saladin’s protection.