The Archbishop of Canterbury is pleased with the outcomes of the Primates’ Meeting in Ireland. 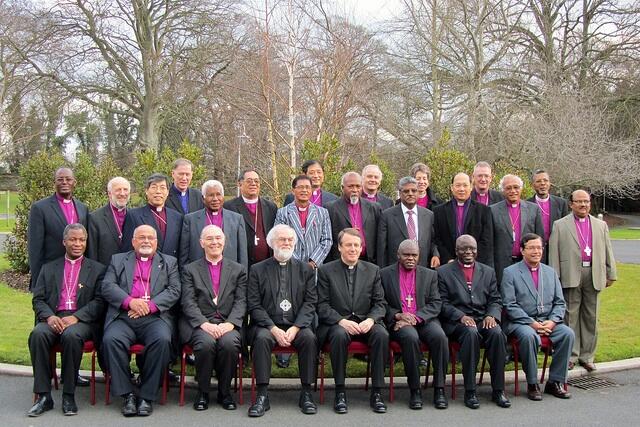 The Archbishop of Canterbury, Dr Rowan Williams, says the outcomes of the Primates’ Meeting in Ireland have met his “chief hopes” for the week.

Speaking at a press conference Dr Williams explained that when inviting the Primates to the meeting he had indicated what things might be considered there. These included decisions about an effective Primates’ Standing Committee, reflections on primacy itself, and expectations of the Primates’ Meeting.

“My chief hope was to emerge with greater clarity and agreement about what we expect of the Primates corporately and how best we can realise our expectations,” he said.

“In the light of that, I’m very glad to say that we have now a document about how we understand the work and calling and responsibility of the Primates’ meeting; the result of a number of days of very intensive discussion of our theologies of the church and of ministry. We have also redefined the task of the Standing Committee of the Primates' Meeting.”

Dr. Williams added, “We have fulfilled the tasks as expressed in those letters, of clarifying what we think about the meeting and helping to set up some structures that will serve it more effectively.”

Acknowledging the “significant number of absentees” at the meeting he said that the fact remained that two thirds of the body of Primates was present and three quarters expressed their willingness to attend but were unable to do so. “That means that two thirds of the Communion at least wish to meet and wish to continue the conversations they have begun.”

He said, however, that the absences of fellow Primates were felt and noticed every day, and that the documents agreed by the Primates emphasised building relationships across the whole body of Primates. He added he had had, and would be having meetings with those Primates who had not attended.


“Not attending physically does not mean you are not participating in the life of the Communion," he said. "I personally believe whether they are here they or not in Dublin, their hearts and aspirations are to see that the Anglican Communion develops positively and works together for the furtherance of the Kingdom of God."