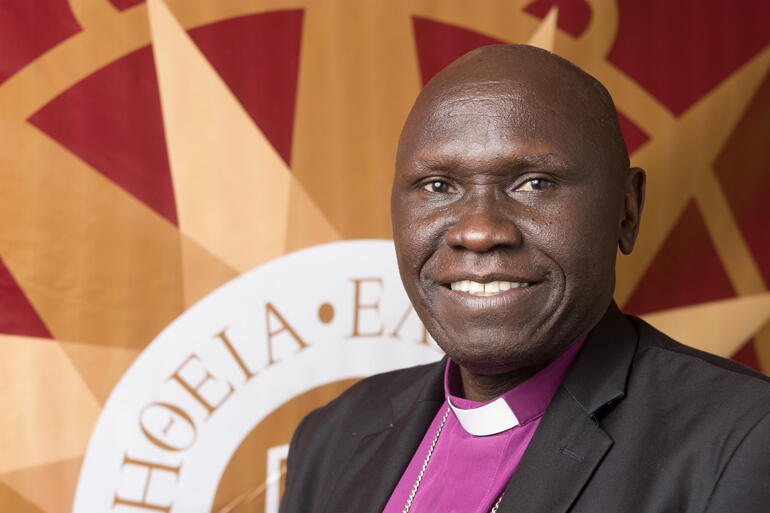 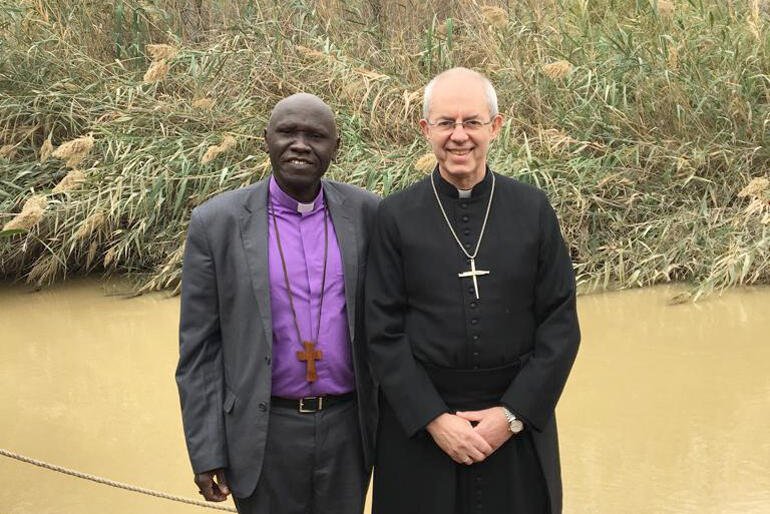 Bishop Anthony Poggo, former Bishop of Kajo-Keji in the Episcopal Church of South Sudan, and Archbishop of Canterbury’s Adviser on Anglican Communion Affairs has been appointed Secretary General of the Anglican Communion.

Bishop Anthony was selected for his new role by a sub-committee of the Anglican Communion’s Standing Committee following a competitive recruitment process led by external consultants.

Bishop Anthony will take up his new role in September, succeeding Most Rev Dr Josiah Idowu-Fearon, who steps down after next month’s Lambeth Conference in Canterbury, Kent, which will run from 26 July - 8 August.

Born in 1964, in what is now South Sudan, Bishop Anthony (as an infant) and his siblings were taken by his father – an Anglican priest – and his mother into Uganda to flee the first Sudanese Civil War. In 1973, at the age of nine, he returned with his family to South Sudan.

Bishop Anthony said that around 12 years of age, somebody shared with him the importance of having a personal relationship with Jesus Christ, he said. “I then took the step of accepting Christ and following him.”

“At the time, I thought ‘my father is a priest. Why am I being asked to take this step?”

“But then I realised that your relationship with Christ is a personal relationship. You have to take the step of faith on your own accord rather than through your parents.”

“Later in life I learned that God only has children; he doesn’t have grandchildren – which means that you become a child of God on your own accord, not through your father and not through your mother.”

“I have found it very important to spend time reading the Word of God, especially with my Scripture Union background, because the Word of God is an important aspect of our lives for our spiritual growth.”

After graduating from Juba University with a degree in Management and Public Administration, Anthony Poggo joined the ecumenical mission agency Scripture Union. While there he felt a need for theological training and gained an MA in Biblical Studies from the Nairobi International School of Theology in Kenya.

He then returned to Uganda to minister to Sudanese refugees with Scripture Union. The Bishop of Kajo-Keji at the time, the Right Rev Manasseh Binyi Dawidi – who was serving Sudanese refugees in exile in Uganda – asked him to consider ordination. “I said ‘Yes, I would’, because I was already training clergy and he felt that it would be important for me to be ordained clergy in order to train clergy.”

He was ordained a deacon in 1995 and a priest in 1996 and continued working for Scripture Union before joining Across, a Christian mission agency working in Sudan from Nairobi, leading the charity’s publishing arm.

While there he studied for an MBA in publishing at Oxford Brookes University in England. He rose through the ranks at Across, eventually becoming the Executive Director of the organisation.

In 2007 Bishop Anthony was elected Bishop of Kajo-Keji, a position he held until 2016 when he moved to Lambeth Palace to support the Archbishop of Canterbury, Justin Welby, as his Adviser on Anglican Communion Affairs.

“It is a huge privilege to be appointed as the next Secretary General of the Anglican Communion, taking over from the Most Reverend Dr Josiah Idowu-Fearon. His are big shoes to fill”, Bishop Anthony said.

“I look forward to taking on my role at the beginning of September and work alongside the team at the ACO in preparing for ACC-18.”

ACC-18 is the 18th plenary meeting of the Anglican Consultative Council, and will take place in Accra, Ghana, in February 2023.

“One of the things that we will be focusing on from September is to support the instruments of the Anglican Communion as they implement the outcomes of the 2022 Lambeth Conference”, Bishop Anthony said.

“Please pray for me as I take on this role in leading the ACO team so that the Anglican Communion family will continue in its role of being ‘God’s Church for God’s world’ in such a time as this.”

Bishop Anthony Poggo’s appointment as Secretary General has been welcomed by leaders in the Anglican Communion.

The Archbishop of Canterbury, the Most Revd and Right Hon Justin Welby, said: “I am delighted that Bishop Anthony Poggo has been appointed Secretary General of the Anglican Communion. Over the past six years he has built up an immense knowledge of our global Communion and its people as my Adviser on Anglican Communion Affairs. And in that time many people in the Communion have got to know Anthony too – and I am sure that they will join with me in welcoming his appointment.

“Anthony’s wise counsel and his heart for the Gospel will be put to good use in his new role as Secretary General. He starts his new ministry at an exciting time for the Anglican Communion, with next month’s Lambeth Conference helping to set the agenda and focus of our shared mission and ministry for the next decade, as we continue to discern and put into practice our calling to be God’s Church for God’s world.”

The Archbishop of South Sudan, the Most Revd Justin Badi-Arama, is the Primate of Bishop Anthony’s home-province – the Episcopal Church of South Sudan. He said: “We thank God that out of the suffering Church in South Sudan, God has raised bishop Anthony to this highest position.

“He is coming at a time that the Anglican Communion is facing many challenges. But as Mordecai said to Esther; We trust God that ‘may be it is for such a time like this that God brought up’ (Ester 4:14).

“We encourage him to always be guided by the scriptures as we support him in prayers.”

“I look forward to our working briefly together before handing over to him after the Lambeth Conference. May the Lord equip Bishop Anthony for a fruitful ministry as the Secretary General of the Anglican Communion.”

“His vision of the Communion and her mission, not to mention the incredible breath of experience, will be an invaluable asset to the Communion. I look forward to serving with him at ACC and other instruments of Unity in the Communion.”

The Vice-Chair of the ACC, Canon Maggie Swinson from the Church of England, said: “I am delighted that Bishop Anthony will be taking up the role of Secretary General. He brings a wealth of experience from his previous role and I very much look forward to working with him.”