The Anglican Consultative Council has submitted a call to Governments of developed nations to fulfil their financial promises that will help mitigate climate damage and its impact on vulnerable people. 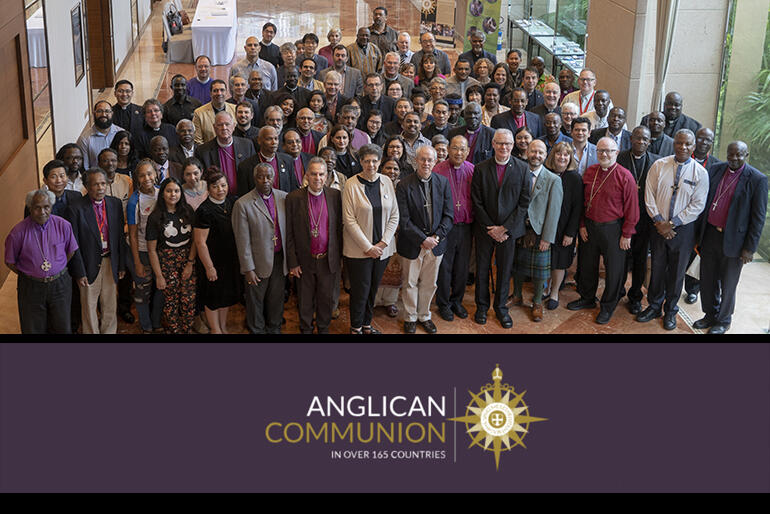 Officers for the Anglican Communion’s Anglican Consultative Council have made a submission to the United Nations Human Rights Council(UNHRC) which urges Governments to fulfil their financial and action commitments on climate change – especially Governments of wealthy and highly developed countries.

The Communion’s statement comes ahead of the 50th session of the United Nations Human Rights Council, which take places next week 13 June - 8 July.

The Anglican Communion’s call focuses on the human rights impact of Government failures to act on climate change, speaking into the theme of a UNHRC panel discussion on 28 June, which will address the adverse effects of climate change on the rights of people in vulnerable situations.

The Anglican Communion’s submission specifically outlines how wealthier nations’ Governments need to step up to financially back countries whose budgets cannot meet the needs of people suffering from the climate change-driven impacts of drought, sea level rise and other extreme weather events.

“Governments, especially those in the Global North, must fulfil their financial commitments on climate finance, scale up development assistance to support mitigation and adaptation initiatives, go beyond dialogue to action on Loss & Damage financing, encourage financial institutions to provide grants, rather than loans, and consider broad-based debt relief for financially overburdened countries,” reads the statement.

“Evidence from across the Anglican Communion establishes the significance and necessity of lifting up Indigenous communities, whose way of life and very survival are threatened by the climate emergency; young people, facing the fallout of decisions made by past generations; and women, who are disproportionately affected by the consequences of climate change across all population groups”, the submission reads.

The Communion’s message states that indigenous communities “are amongst the most vulnerable to the impacts of climate change. Their deep-rooted connection to land and natural resources means that climate change threatens their very culture and way of life.”

“Indigenous perspectives on the climate emergency and stewardship of natural resources offer both practical and spiritual responses. Indigenous peoples are holders of local knowledge on the sustainable management of lands, forests, and earth’s abundance and emphasise connection and relationship with the natural world.

The Anglican Communion’s submission says that the impact of climate change on young people is not confined to the physical impacts of a changing climate on the world. “Research suggests that ‘climate anxiety’ and ‘climate grief’ experienced among young people require specific mental health support”.

“Young people are seeing the effects of inaction on a daily basis; therefore, if genuine solutions to the climate crisis are to be achieved, the voices, experiences and ambitions of young people must be at the heart of the climate decision-making process.”

The statement highlights the grim reality that “deaths from climate change-related disasters are higher for women.”

“In countries heavily impacted by climate-related weather changes, and where agriculture is a common source of income, thousands of women are pushed below the poverty line each year, leading them to resort to other means of subsistence which are less stable and may further compromise their safety”.

The Anglican statement also stresses the important role that faith groups can play in supporting communities to mitigate climate change.

“Governments, multilateral organisations, financial institutions and private sector business should recognise the strategic importance of faith actors and include them as key partners in local, regional and global planning in disaster preparedness, response, other adaptation and mitigation activities, and disbursing funds to the most vulnerable.”

The full written statement which brings the perspectives of the Anglican Communion into the United Nations forum to contribute to policy on mitigating climate change can be read here: Anglican Consultative Council UNHRC Submission on Human Rights and Climate Action