Confirmed deaths from the Christchurch earthquake have risen to 165, with 200 missing.

• 'God is in this, weeping with those who weep'

• Get baking for Christchurch

• Blessing over earthquake bodies at Burnham 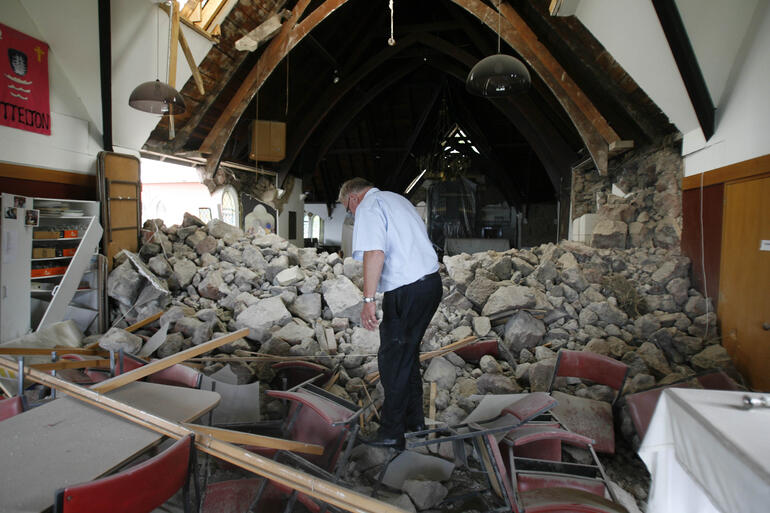 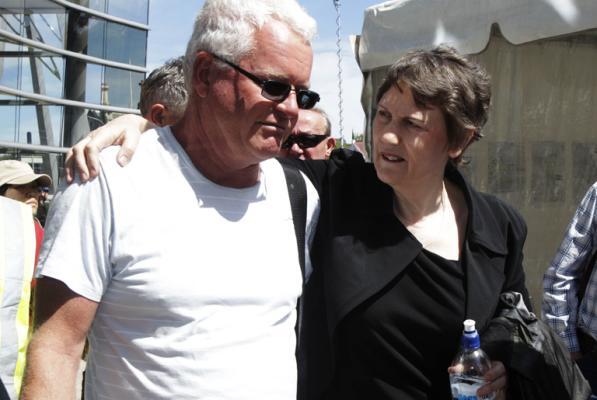 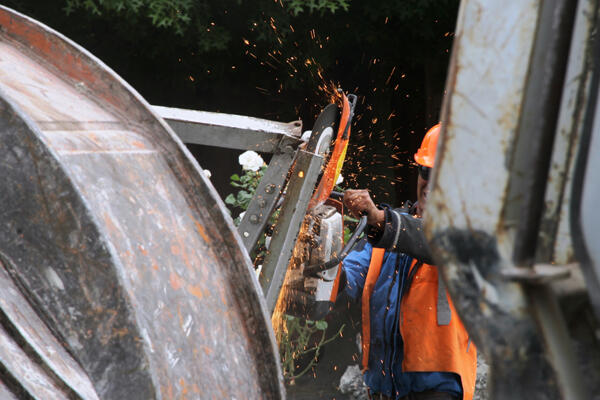 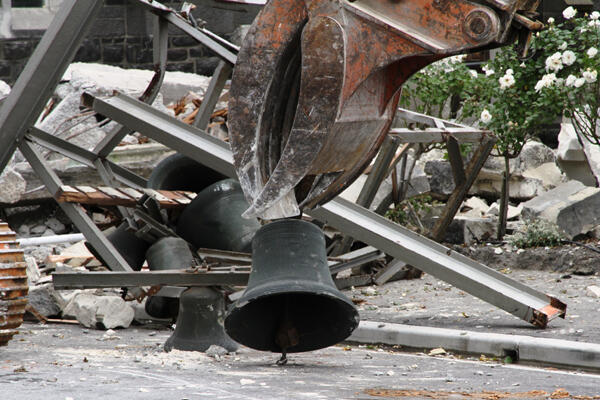 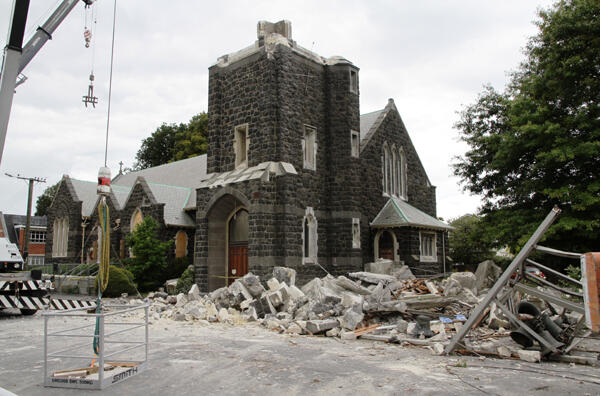 The confirmed death toll from the Christchurch earthquake has risen to 165, while the number of missing people is over 200.

Removal of unstable masonry from ChristChurch Cathedral stopped on Friday evening due to the aftershocks but resumed on Saturday.

Paul Baxter from the New Zealand Fire Service said more than 600 urban search and rescue workers were on the ground, including teams from Australia, Taiwan, Japan, Singapore, the US, Britain and China.

Christchurch Mayor Bob Parker said that of the 1000 buildings within the city's four avenues, just 600 were safe to enter.

Outside the central business district 4600 buildings have been checked, of which 341 are deemed unsafe.

Increasingly, the focus of the emergency operation is shifting to the city's hard-hit eastern suburbs.

A series of aftershocks overnight on Friday caused more damage to buildings in the central city. More than a dozen aftershocks have occurred since 5.40pm on Friday, ranging from 3.0 to 4.4 in magnitude.

Recovery teams are making progress on painstaking work to remove bodies from the iconic cathedral labelled the "broken heart" of Christchurch.

Police believe up to 22 bodies remain inside ChristChurch Cathedral and its spire.

Fire Service spokesman Paul Baxter said the operation had been hampered by the continual aftershocks.

However, more heavy machinery has since been brought in.

Engineers have braced the west wall at the site and are removing loose and insecure masonry.

Two cranes are being used for the work, which engineers say is delicate and difficult.

Among the engineers was Ian Oliver from New Plymouth who was with a team on a raised platform assessing the damage.

"It's slow but it has to be, the whole thing could just go at any time."

He said the inside of the spire had a stack of rubble that was about 30 metres high.

The spire's bells, each weighing at least a tonne, would have been destroyed after the roof caved in.

He was not sure when the urban search and rescue teams would go in.

"It's just a mess, it's just all rubble inside ... you should see the inside of the cathedral though, it's like a bomb has gone off in there."

Dean Peter Beck has asked the teams to do all they can to ensure the "graceful removal" of the bodies.

"They are working in the broken heart of Christchurch. That's why we are concerned that such great care is taken with this bodies being recovered."

He believed they would begin their search for the dead "within days, not weeks".

Though he has no idea of how many people were in the spire or the cathedral at the time the quake struck, he believes that most of them were probably overseas tourists.

His staff are planning a prayer service once the bodies are found.

"The whole enormity of it all still hasn't hit me but I think I am due for a bloody good cry."

Christchurch Mayor Bob Parker said the cathedral would be rebuilt as it was "strong and symbolic".

"There is some discussion that that is a building we could rebuild brick by brick, stone by stone. We need to find some symbols like that."

Dean Beck said a preliminary report from the church's structural engineer showed that significant parts of the cathedral could be saved.

He said the job was necessary for Christchurch, as the cathedral was a symbol of city's resilience.

A memorial to those lost inside the cathedral would be erected when it is one day rebuilt, he added.

"Of course there will always be a sense of loss. We will always carry that with us. It will become part of us. But we will be strong and resilient again."

The assessment team includes the engineer who oversaw the cathedral's original earthquake strengthening.

Dean Beck told TV3 that talk of a special service was "a bit soon".

About 26 Anglican churches were in "a very bad way," he said.