Gisborne’s Holy Trinity Church is in fine shape for its centennial weekend on May 25-26. 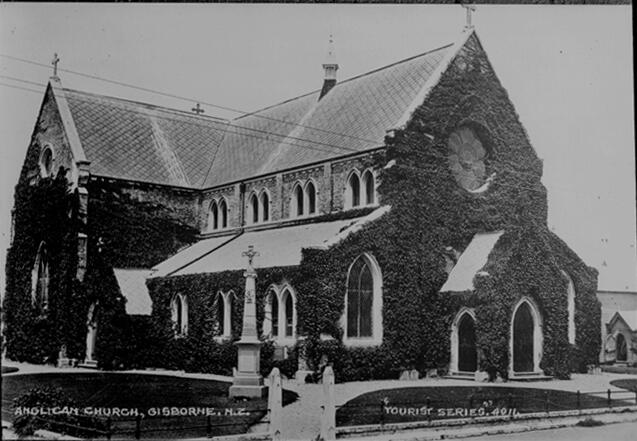 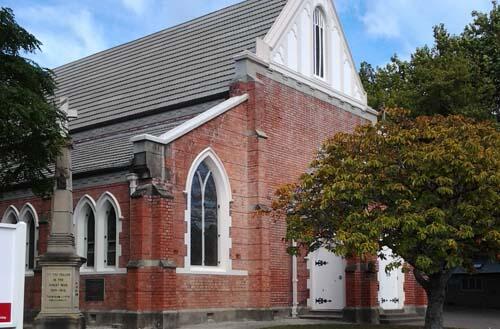 Gisborne’s Holy Trinity Church – affectionately known by some locals as “the cathedral of the East Coast” – will celebrate its centenary on May 25-26.

The brick church has stood on corner of Derby St and Palmerston Rd for 100 years this May. But if some vocal parishioners had prevailed in 1932, the building would have been demolished.

On Friday 16 September that year, an earthquake badly damaged a number of inner-city buildings and caused the west wall and rose window of Holy Trinity to collapse into the street.

With the devastation of the Napier earthquake so fresh in people’s minds, calls to rebuild the church in wood were unsurprising. But the original builder strengthened the walls and lowered the roof by five feet (1.5m), at a cost of £2608.

The original wooden church (the present hall) had been built in 1875 and extended a number of times in its first 30 years.

Calls came in the early 1900s to increase the seating from 450 to 700. But a former politician and churchwarden, C.A. de Latour, and the vicar, Rev’d Dawson Thomas, had much grander ideas. They maintained it was “the parish’s duty to build a permanent and solid church, worthy of the place.”

Despite a shaky start with fundraising, by 1907 over £3500 had been raised through bazaars and fetes, and debentures to parishioners.

Plans by local architect F.J. Wilson included a tower but this was was omitted because of cost. J. Webb and Son signed a construction contact for £5850, although the whole project cost over £7000.

Site works began in November 1911 and the foundation stone laid, amid much ceremony, by Lord Islington, the Governor-General, on 10 February 1912.

Holy Trinity Church was ‘unofficially’ opened on Trinity Sunday, 18 May 1913, although not dedicated until 29 June because Bishop Averill was too ill to leave Napier.

“There was a glorious Sabbath Day for the unofficial opening of the beautiful new building. There were great congregations morning and evening; and also at the children's service in the afternoon. The brilliant sunshine in the morning served to light in the interior of the building, and the bright rays shining through the coloured glass windows had a very pleasing effect…

“When the organ pealed forth its improved tone could at once be noted by musicians, and! As the choir and congregation heartily took up the opening hymn, "All People that on Earth do dwell" the effect was most impressive. The vicar conducted the services, assisted by the Revs. P. W. Chatterton, M. W. Butterfield, H. T. Rawnsley, and Wi Pairaire Rangihuna.”

In the early 1990s the choir stalls and high altar were removed, and later in the decade tukutuku panels that had been made for St John’s Mangapapa were installed in the sanctuary.

Further earthquake strengthening was completed in 2011, and new lighting installed to show up the magnificent 1913 rimu ceiling. With new carpet and fresh paint outside, Holy Trinity is in good shape as it enters a second century.

Meanwhile. two other Gisborne-East Coast churches will celebrate their centennials this year.

The Iconic carved Tokotoru Tapu Manutuke turned 100 on 7 March but will be celebrated once restoration is completed.

And St Andrew’s Tolaga Bay, the first church north of Gisborne to be erected by a Pakeha community, will be celebrated on 30 November.

Anyone wishing to attend the Holy Trinity celebration in May should register by 17 May through the parish office, 06 867 6449 (ask for Brendon); email 100yearsathtgisborne@gmail.com