Bishop George Connor looks into a new book which offers a fresh take on the stories of what happened before, during and after the Battle of Gate Pā. 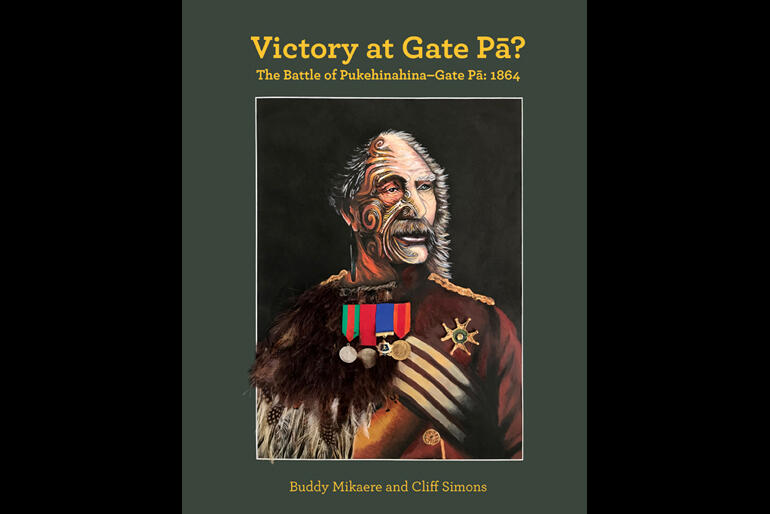 A recently published joint history of the Battle of Gate Pā has captured new angles on military and iwi history in Tauranga.

Late last year, Archbishop Philip Richardson, joined by Archbishop David Moxon and other Anglican leaders, travelled to Tauranga to present the Church's apology on the ground and commit the Anglican Church in Aotearoa, New Zealand and Polynesia to walking the road toward justice alongside Tauranga Moana iwi.

According to Bishop George Connor, who has reviewed the new history for Anglican Taonga, the authors show readers a clear example of how 19th Century warfare and Government actions in New Zealand have continued to have an impact on generations of Māori reaching down to the present day.

Victory at Gate Pā? The Battle of Pukehinahina-Gate Pā: 1864

By Buddy Mikaere and Cliff Simons

Review: Bishop George Connor
Back in 1978 the story of Pukehinahina-Gate Pā told in Graeme Brady’s Going to the Supper of the Lord was new to many Anglicans. He told the stories of Gate Pā and Te Ranga, mentioning the courageous and compassionate act of Hēni Te Kiri Karamu who gave water to a wounded British soldier, and the humane orders for the conduct of warfare found on Henare Taratoa’s body at the subsequent battle at Te Ranga, with the Romans quote, “if your enemy hunger give them to eat, if they thirst give them something to drink”.
In 1989 A New Zealand Prayer Book He Karakia Mihinare o Aotearoa and its companion For All The Saints reinforced these stories when they included commemorations of Hēni te Kiri Karamu and Hēnare Wiremu Taratoa on the anniversaries of the battles at Pukehinahina and Te Ranga.
In Buddy Mikaere and Cliff Simons’ new book, ‘Victory at Gate Pā? The Battle of Pukehinahina-Gate Pā: 1864’ the two authors approach the story quite differently.

Their history is a well-researched, wide-ranging, readable retelling of the events leading up to the battle of Pukehinahina-Gate Pā, that also covers the consequences that followed the defeat at Te Ranga.

In this history the two writers balance the views and interests of the local hapū, Kīngitanga, and Māori in general, with those of the military, politicians, the governor, and the settler community.
But the whole emphasis of this book is different to what we seen on this subject before.

This story is not only about two battles. Here it becomes a chronicle of the long-lasting effects on the people of Ngāi Tamarawaho due to the disproportionate loss of their lands as a result of retaliatory confiscation. This telling raises issues of truth, justice and reconciliation which were not included in this story in the past.
Buddy Mikaere, a descendant of Pāraone Koikoi of Ngāi Tamarawaho, brings his many years of experience as an iwi researcher to this book, while Cliff Simons brings his expertise as a military historian. Their collaboration weaves a credible tale, while leaving some mysteries unfathomed. Readers may find their favourite versions challenged.
The question in the title leads us to approach the battle from two viewpoints.

For Māori the battle was successful in drawing the colonial forces to a chosen and defended site and exercising their mana. From a Pākehā military point of view the ignominious defeat was ameliorated by Māori exiting the pā during the night after the battle and leaving the field to be occupied by the British. The battle at Te Ranga only eight weeks later found Māori unprepared and quickly overwhelmed.
The book’s cover features a composite painted image portraying the two principal protagonists, chief Hori Ngatai and General Duncan Cameron. It is the work of Kate Harris and Ana Morris, who won a 2014  senior students’ Gate Pā -Te Ranga commemorative art competition with this entry.
In the book’s dedication, the authors challenge to us to reflect on “the early New Zealanders, men, women and children, Māori and Pākehā on all sides, who suffered and struggled in our nation’s colonial wars.”

Victory at Gate Pā? The Battle of Pukehinahina-Gate Pā: 1864 by Buddy Mikaere and Cliff Simons is available in hardback for $39.99 from New Holland Publishers