Anzac Day services in London honour the sacrifices of warriors from downunder, while urging peacemaking and reconciliation. And there is a major contribution by this church to the observances. 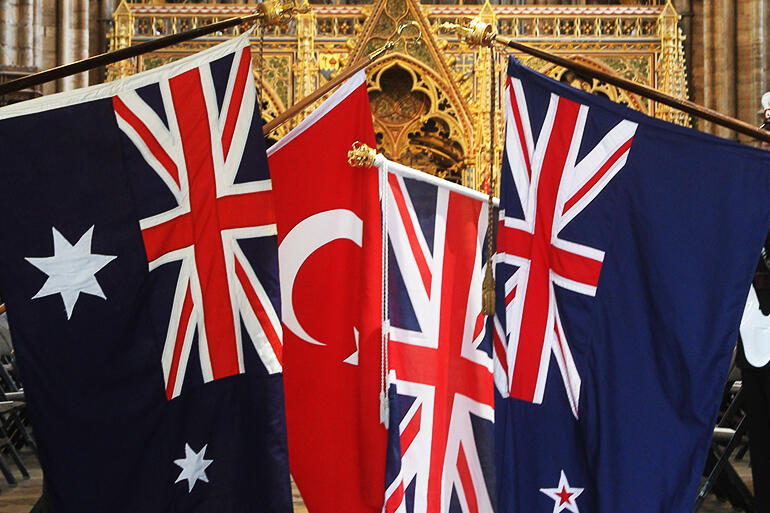 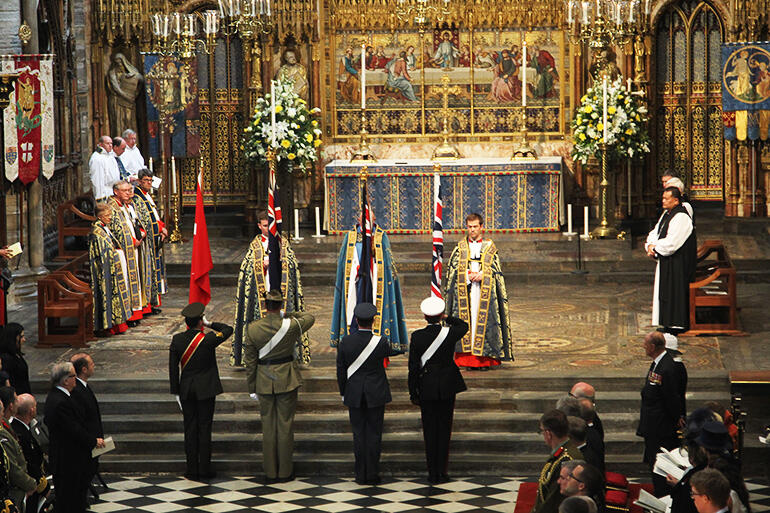 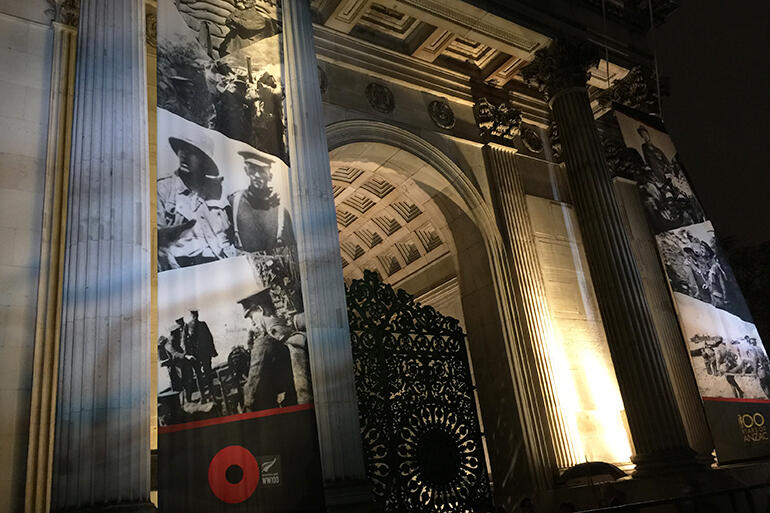 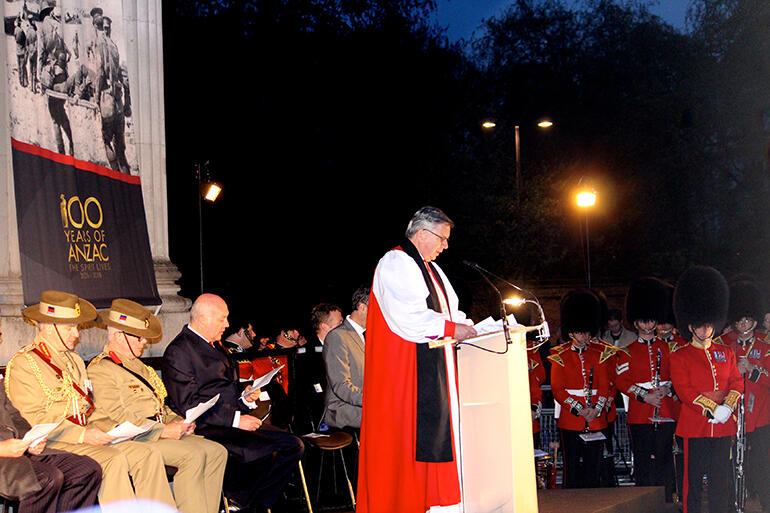 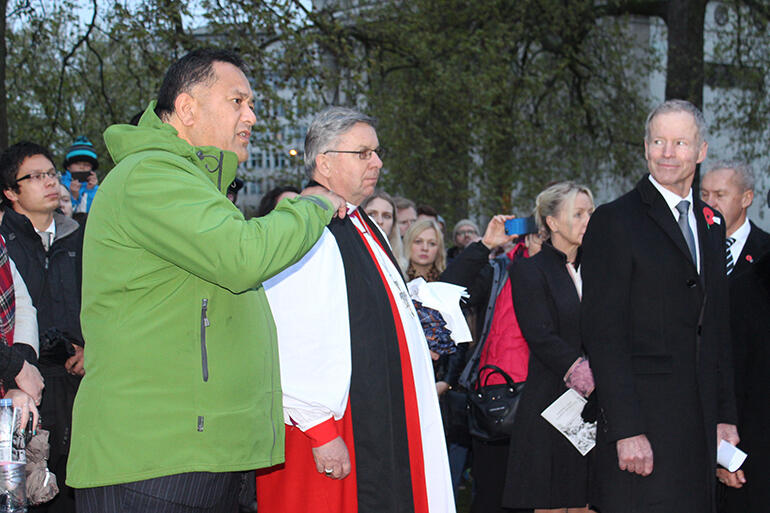 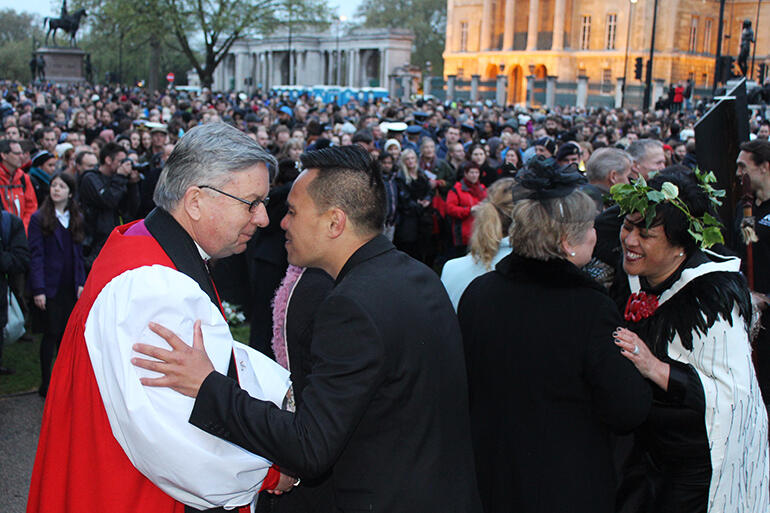 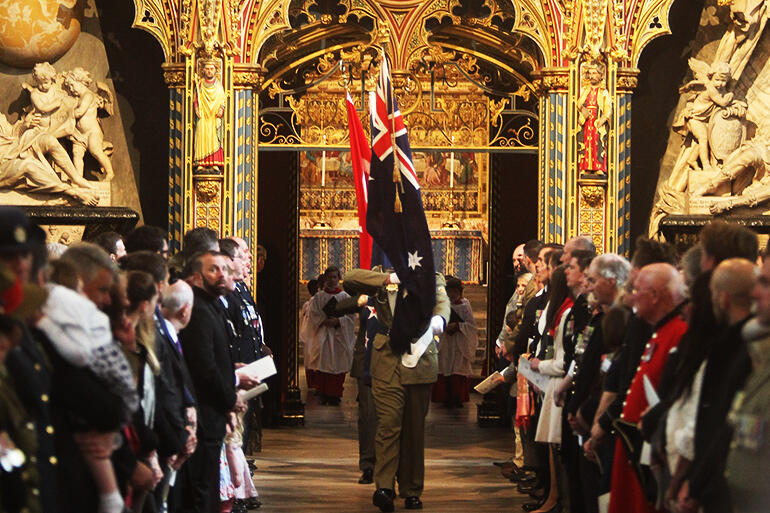 The standing-room only Anzac Day services in London had silence, sounds and symbols that remembered war but which also urged peacemaking and reconciliation.

The city of London first honoured the Anzacs at Westminster Abbey one year after the April 25 1915 landing at Gallipoli, in the presence of George V.

Now, one hundred years on from that fateful landing, the same honour was bestowed again – as it has been every April 25 since 1916.

This time, the centennial observance of the landings, there was emphasis on the honour that comes not only through sacrifice, but also in reconciliation.

And there was an unmistakable contribution to the London Anzac commemoration from the Anglican Church of Aotearoa New Zealand.

He later described that was a “once in a lifetime experience” because the significance of the occasion – both to the nations involved and to the wider world – has only increased in the years since Gallipoli.

The hush that fell

The fact that thousands began filing into Hyde Park from 3am to attend the dawn service at Wellington Arch bore out Archbishop Moxon’s words.

Just before the service began a hush fell on the park in a city not known for being silent. The dawn service was also attended by Anne, the Princess Royal and her husband Vice Admiral Sir Tim Laurence, as well as by Australia and New Zealand Defence representatives.

New Zealand High Commissioner Lockwood Smith told the Hyde Park crowd that the events of Anzac Cove had touched all families in Australia and New Zealand, including his own, and brought about a new national consciousness in both countries.

“Can’t dowas not part of (our soldiers’) language,” he said, “and their heroic deeds showed what courage, commitment and comradeship were. They were the flower of the youth of our new nations.”

Later in the morning, Ngati Ranana sent a tingle through New Zealanders present in Westminster Abbey as they sang Whakaaria Mai.

And theirs wasn’t the only distinctly New Zealand sound about the abbey observation.

The Westminster Abbey service was attended by the Queen and British Prime Minister David Cameron.

The reconciliation theme came through most strongly as the flags of Australia, New Zealand, the United Kingdom and Turkey were processed together into the Abbey and placed at the high altar.

Bishop Kito Pikaahu, representing New Zealand, prayed that the centenary would be a memorial of the coming of age of our nations, and a reminder of the roles New Zealand and Australia have as world and Commonwealth citizens.

Bishop Kito Pikaahu said the service was symbolic, steeped in tradition and beautiful, with a focus on reconciliation rather than the mistakes of the past.

The silences, sounds and symbols filled the day with honour, as we remembered the past, but also held hope for the future.