Archbishop Jabez gets pride of place at powhiri

A reverential note underscored the powhiri that launched this year’s General Synod/Te Hinota Whanui in Gisborne. 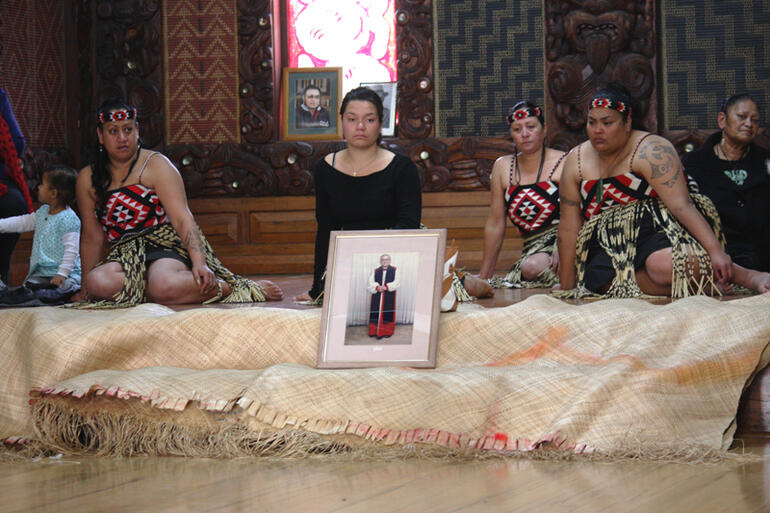 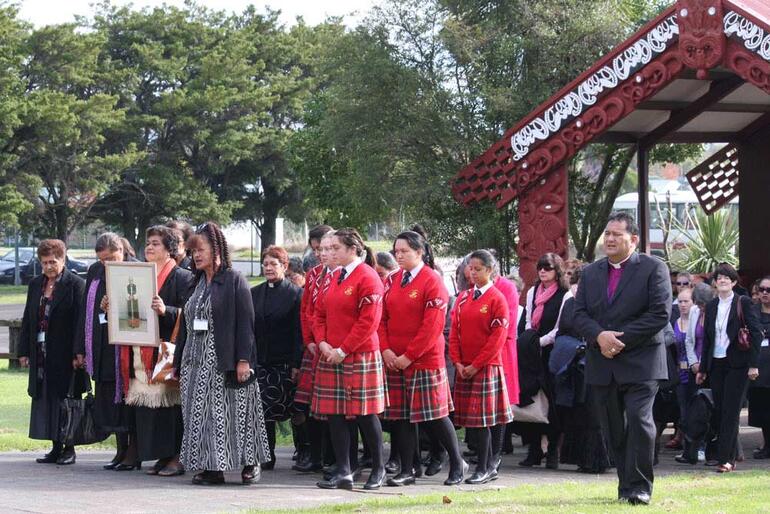 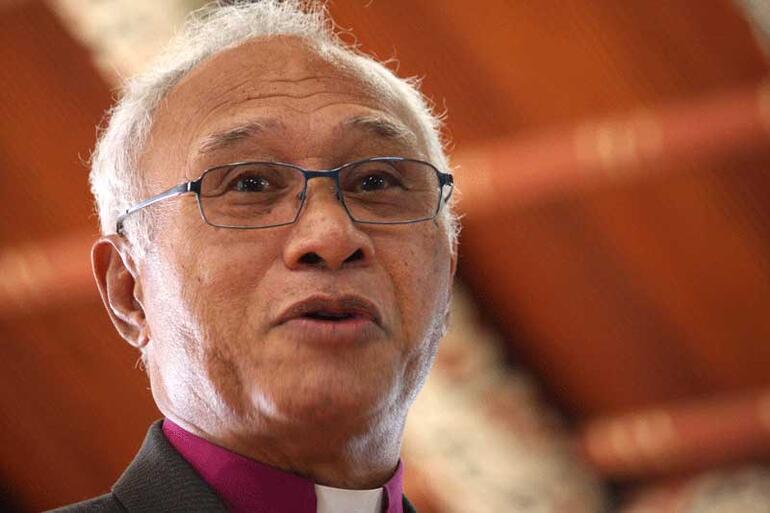 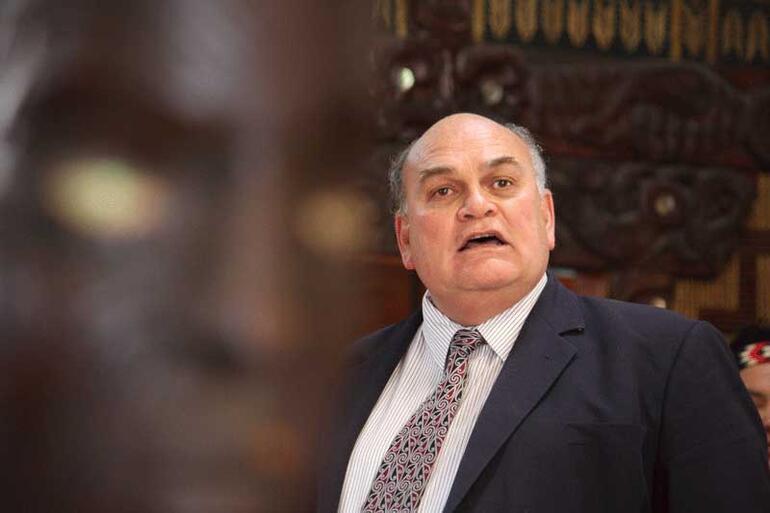 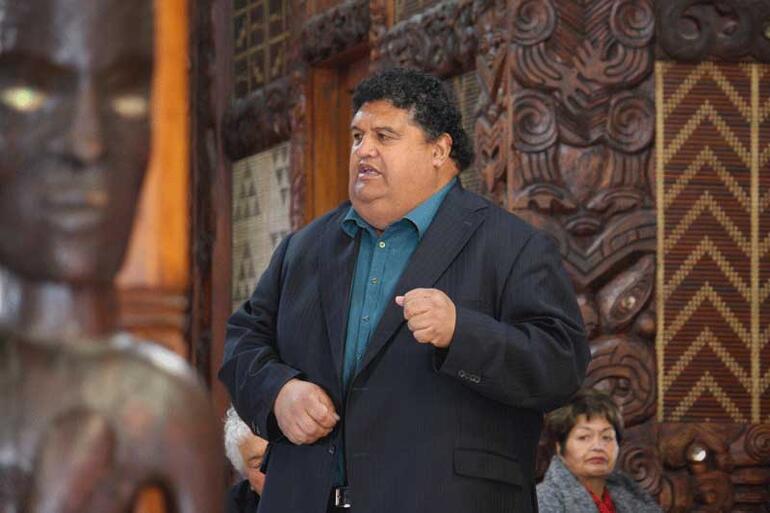 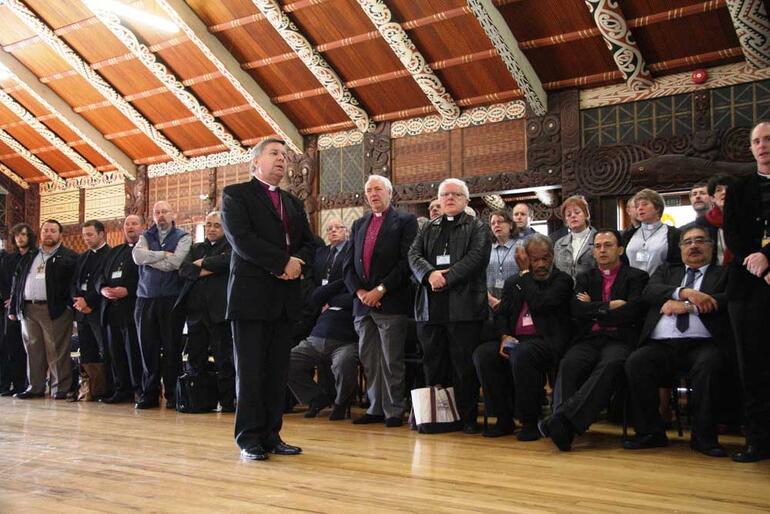 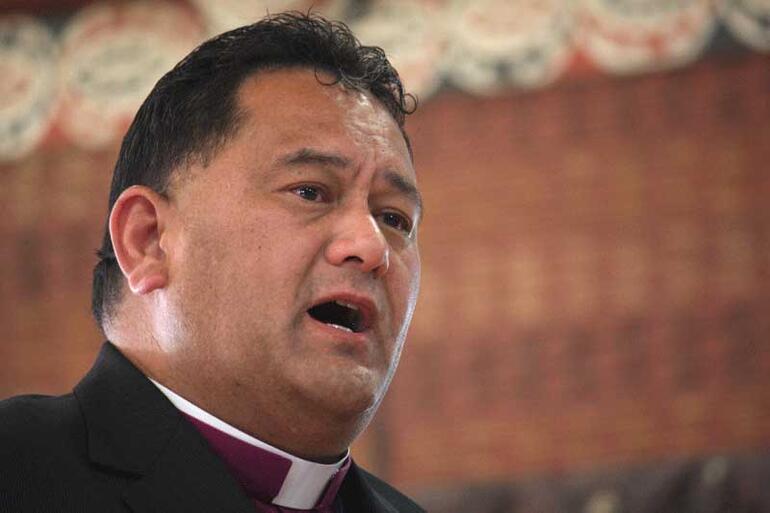 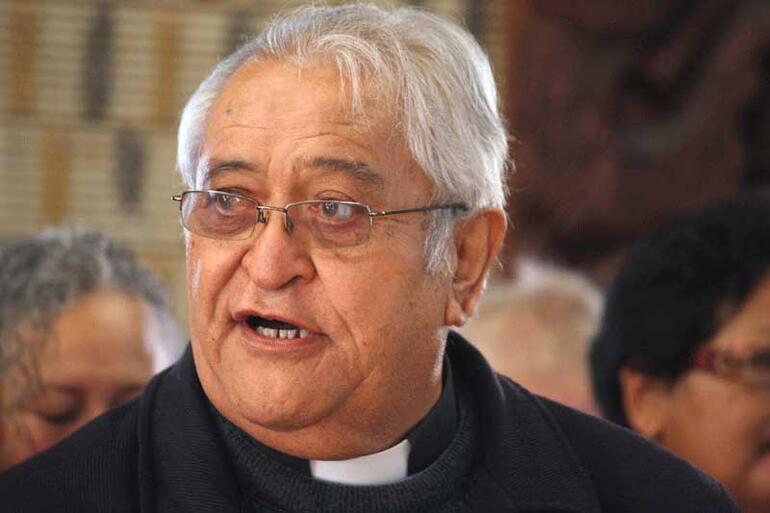 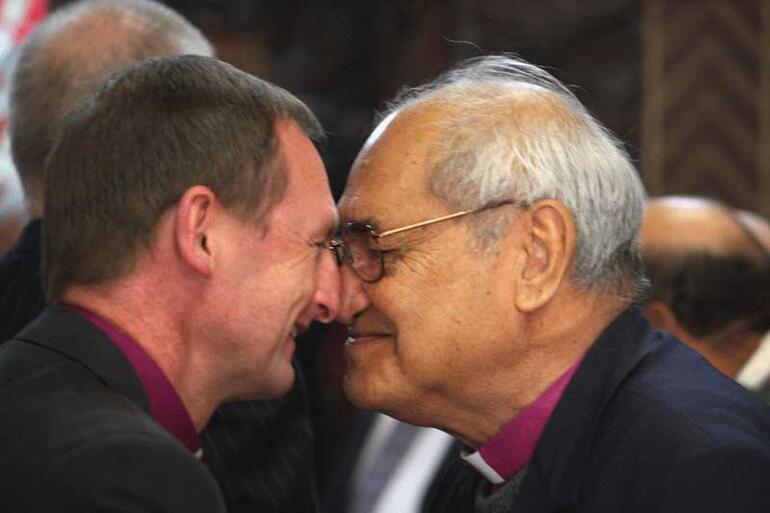 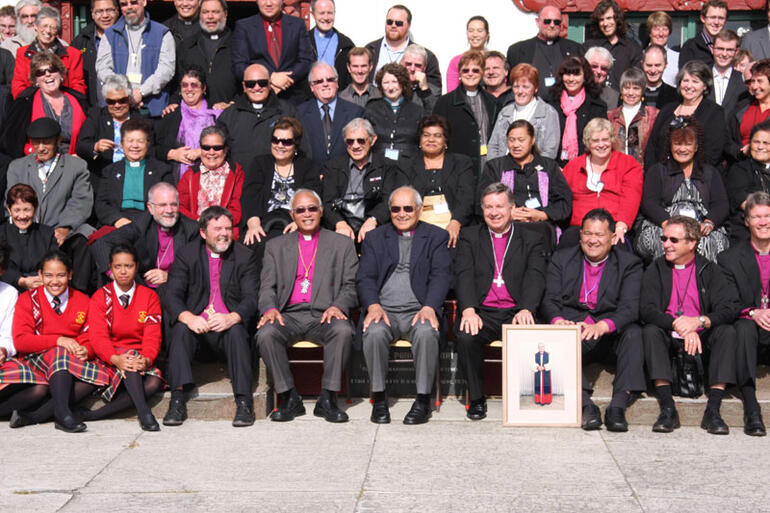 A reverential note underscored the powhiri that launched this year’s General Synod/Te Hinota Whanui in Gisborne.

When the manuhiri were called on to Poho o Rawiri marae they were led by Mrs Lola Koloamatangi, bearing a portrait of her late diocesan bishop, the Rt Rev Jabez Bryce.

She carried the portrait into the wharenui and placed it on fine tapa mats at the end of the house, where it was surrounded by seated Maori women.

It was a moving kawe mate, and in his whaikorero Bishop Winston Halapua thanked Tikanga Maori for the mana they had bestowed on both the Diocese of Polynesia and man who had led the diocese for 35 years.

Bishop Winston said the gesture demonstrated the kotahitanga, or oneness, that is often spoken about in the three-tikanga church, but not so often realized.

He prayed that in the week to come the Spirit of Christ would lead and guide General Synod into a greater unity “under the leadership of Jesus Christ.”

The korero from the paepae touched on some delicate themes. The Ngati Porou leader Api Mahuika, who was ordained as a Hahi Mihinare priest himself, asked how a church with so many bishops was losing so many young people to the evangelical and Pentecostal churches.

Bishop Kito Pikaahu responded for the manuhiri, saying he believed the greatest challenge facing General Synod, and Tikanga Maori in particular, was to proclaim the gospel.

Archdeacon Hone Kaa said the effectiveness of such proclamation often depended on how secure clergy were in their Maoriness, their Anglicaness – and he challenged Api Mahuika to speak to the Tikanga Maori caucus that afternoon.

General Synod representatives met in their tikanga caucuses for the remainder of the day.

The General Synod Eucharist will be held at 9am tomorrow in Holy Trinity Church in the centre of Gisborne.

Tikanga caucusing winds up before lunch – and General Synod get down to business in mid-afternoon, with the Archbishops’ addresses.