The Archbishops and Archbishop-elect of Aotearoa, New Zealand and Polynesia have called for kindness and grace to be our song this Christmas. 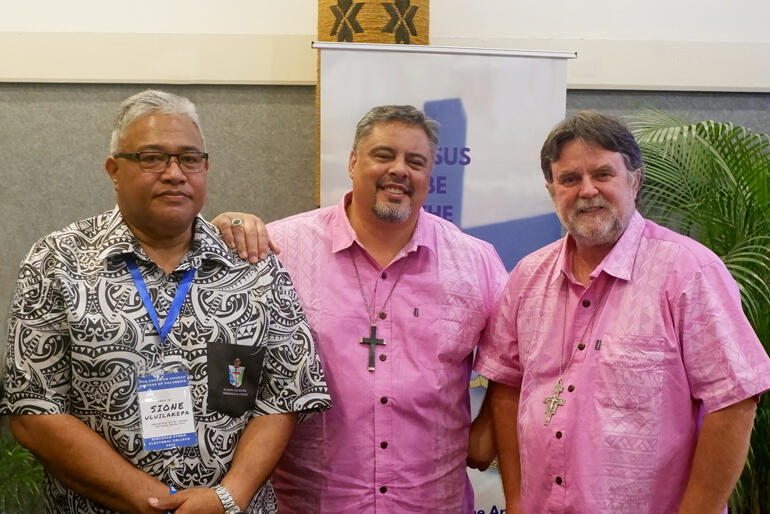 For many of us, Christmas is a time when we return to the story of the birth of Jesus and all the promise and wonder that it holds.

In the Gospel of Luke, the story of the birth of Jesus is surrounded by waiata. While he was still in the womb, his mother Mary visited her cousin Elizabeth who was also with child. At the sound of Mary’s greeting, the child in Elizabeth’s womb ‘leapt’ in recognition of her voice and of their sacred whānau bond. That child would later become John the Baptist, Jesus’ cousin and fellow messenger. In a song now known as the Magnificat, Mary’s words in that moment were:

Elizabeth’s husband, Zechariah, who had been struck silent by a visit from the angel Gabriel who brought prophecy for Zechariah’s own son’s birth, found his tongue freed again following the births of John and Jesus. His words in that moment, now remembered as the Song of Zechariah, were in praise to God: “Blessed be the Lord God of Israel, for he has looked favourably on his people and redeemed them …” (Lk 1:67-79).

Later, when Joseph and Mary took their infant child Jesus to the Temple in Jerusalem, they encountered an aged man called Simeon, who by faith had been waiting for the birth of Jesus all his life. With a depth of unspeakable joy that comes from the fulfilment of a life-long dream, Simeon took up the infant Jesus in his arms as his parents looked on in amazement. His words in that moment, now remembered as the Nunc Dimittis (Song of Simeon), were: “ Now, Oh Lord God, you are allowing me to depart in peace according to your word; For my eyes have seen your salvation!” (Lk 2:29-32).

Of all the waiata connected to the birth of Jesus in the Gospel of Luke, perhaps the most well-known in these islands is the one known as the Angels’ Song, or the Song of the Hosts of Heaven (Lk 2:13-14):

“Glory to God in the highest heaven; let there be peace on earth, and goodwill among all people!

Now as we return to this time of year and remember the story of the birth of Jesus, we arrive knowing all that our own whānau, people, and communities have been through. Many are struggling with the rising cost of living, with the loss of friends and loved ones, and with burdens and challenges that only they will truly ever know. Many more both here and around the world live in communities and nations heavily burdened with unrest and war. Some will find this Christmas season to be hollow and lonely, and a time not worth singing about at all.

That’s why it’s so important for those of us who care, those of us who can, and those of us who are willing, to reach out to others in kindness, and especially to those less fortunate than ourselves. Christmas is a time of giving, and we all have the ability to give, even if it is ‘only’ a smile, a kind word, and a little help along the way. Even the smallest acts of kindness have life-changing potential. That potential grows great when entire communities and peoples act with kindness towards each other. When we act this way, we echo the words of the Angels’ Song – “…. Let there be peace on earth, and goodwill among all people!”

Whatever your year has been, and whatever you have been through, may this Christmas time be one where you find kindness and grace enough to carry on. May you also find the space and opportunity enough to be that kindness and that grace in the lives of others.

May your life, like that of Jesus, become more than words. May your days become ones of knowing peace and goodwill. May your life become a song.