Anglican social service providers are rejoicing in a Government announcement that people working in Christian and other community-based social work roles can now look forward to gaining pay equity with their Government peers. 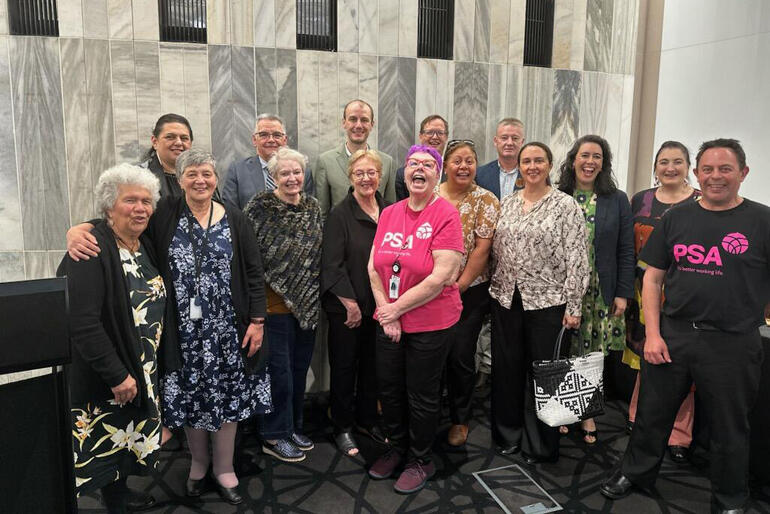 She said the extension of pay equity for all social work kaimahi was a major achievement,

“There was definitely a celebratory feeling in the room, you should have seen the smiles on everyone – they were glowing.”

At the heart of the pay equity deal was the recognition that community social work has been undervalued due to gender bias against it, with a workforce that employs 84% women.

For Dee-Ann Wolferstan, this victory was not only about gaining fair pay – although some people in church and NGO social work roles will see their salaries levelling up by 36%.

“Our social workers had for years been undervalued on salaries 15-20% below the Government pay rates, but after the Oranga Tamariki staff won their pay equity case in 2018, that gap had gone up again. It meant our people were funded 30% less for exactly the same kinds of roles.” said Dee-Ann.

Anglican Trust for Women and Children (ATWC) CEO Judy Matai’a celebrated the win last week and looks forward to the new pay rate for her 85-strong social work team, who comprise 66% Māori and Pasifika women. Many of those are the primary family breadwinner too.

“This pay rise is going to make a huge difference to our staff. It’s a brilliant way to show value for a complex skill set that is underrated in our society.”

Judy will also be happy to farewell the “crazy carousel” she’s seen as new graduates came in to Anglican social services then leave after they reach registration.

Dee-Ann reported the same revolving door problem, but she couldn’t hold back her social workers, knowing that some had so little to spare they’d sometimes used the same foodbanks as their clients.

Mike Williams, who is General Manager of Anglican Family Care in Dunedin says the pay equity will make a huge difference in the south too.

“Compared to the higher Government salaries, many of the church-based providers’ social work staff had been out there supporting vulnerable people, while being somewhat vulnerable themselves.”

Over the last four years since Mike’s been General Manager at Anglican Family Care, he’s seen incremental increases in their funding, but cautions that those have come after years of stagnant Government funding that failed to keep pace with rises in basic costs.

Mike says that levelling up social worker salaries will change how it feels to be involved in the community social services sector,

“Talking to my staff, with this they finally feel valued by the Government for the work that they do  – and it’s long overdue.”

The Government has now set up a pipeline to establish equity for NGO social workers, based on fact-finding that Te Kawa Mataaho (the Public Service Commission) will undertake over the coming months.  The equity deal will also cover staff who carry out social worker equivalent roles in iwi, faith-based and community organisations.

To find out the full story of how the NGO social worker pay equity extension came about, check out the Social Service Providers Aotearoa pay equity page.