Bishop John Paterson has been honoured with the title of "Archbishop Emeritus."
• Auckland bishops' charge to synod 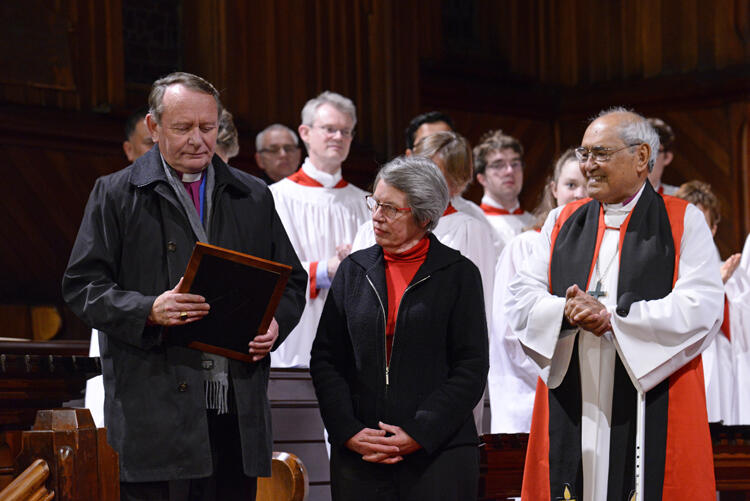 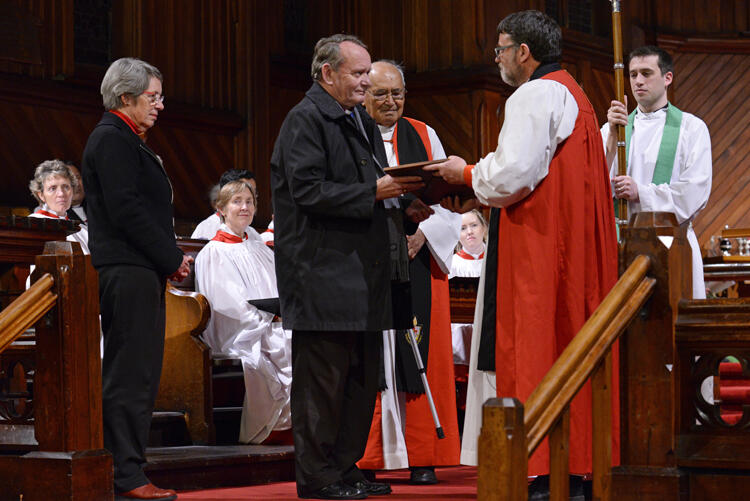 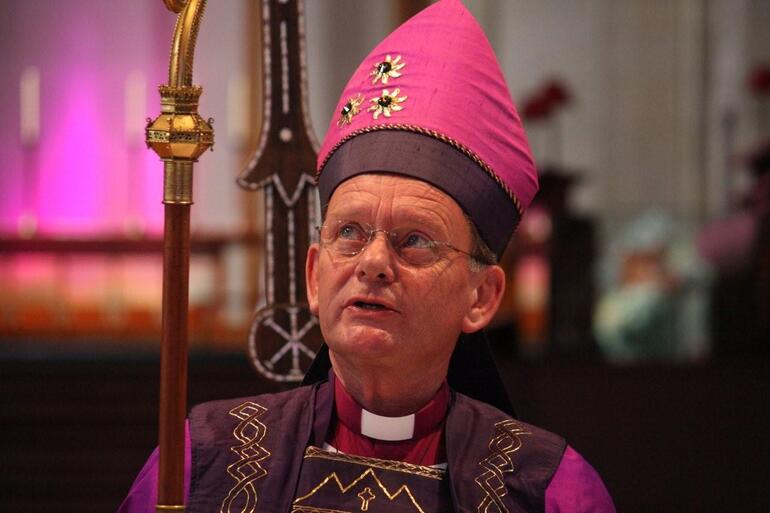 Bishop John Paterson’s leadership of the Anglican Church – both at home and abroad – has been acknowledged with the conferring on him of the title: ‘Archbishop Emeritus’.

Archbishops Philip Richardson and Brown Turei announced this move at the opening service of the Auckland Diocesan Synod.

“I am so pleased,” said Archbishop Philip, “that we have been able to recognise the extraordinary contribution of John Paterson in this way. He continues to support us, with grace and humility, in so many ways.”

The decision to recognize Bishop John as Archbishop-Emeritus has also been applauded by the Secretary-General of the Anglican Consultative Council, Archbishop Josiah Idowu-Fearon. He has extended his “warmest regards and congratulations” to Bishop John, who had served as Chairman of the ACC from 2002-08.

The decision to recognise Bishop John as Archbishop-Emeritus was taken by the General Synod Standing Committee.

Bishop Paterson, who is now 70 and retired, has held a wide range of leadership positions within both the national and international church.

He was elected Bishop of Auckland in 1995, and served in that role for 14 years.

Bishop John’s leadership qualities were further recognized in 1998 when he was chosen as Primate, or overall leader, of the Anglican Church in these islands – and he continued with that ministry until 2004.

In 1996 he was elected Vice-Chair of the Anglican Consultative Council (ACC), one of the four cornerstones (“Instruments of Unity”) of the worldwide Anglican Communion.

During that period, therefore, Bishop John was arguably the second most influential Anglican on the planet, next to the Archbishop of Canterbury.

Bishop John was not, however, the bearer of the title that the leaders of most national Anglican churches have borne since the sixteenth century.

He was Bishop John Paterson, the ‘Primate’ of the Anglican Church of Aotearoa, New Zealand and Polynesia.

But he was not the ‘Archbishop’ of this church.

The church here had gone through major constitutional changes in 1992, which sought to refashion it in keeping with the Treaty of Waitangi.

The new ways of being Anglican in Aotearoa, New Zealand and Polynesia were being bedded in throughout the 1990s – and in 1998, when Bishop John was chosen as Primate, the General Synod didn’t want the traditional title ‘archbishop’ to denote the leader of a new church in a new world.

Times change, though – and the church’s senior governing body believes the time is overdue to honour Bishop John in a way that did not happen 17 years ago.