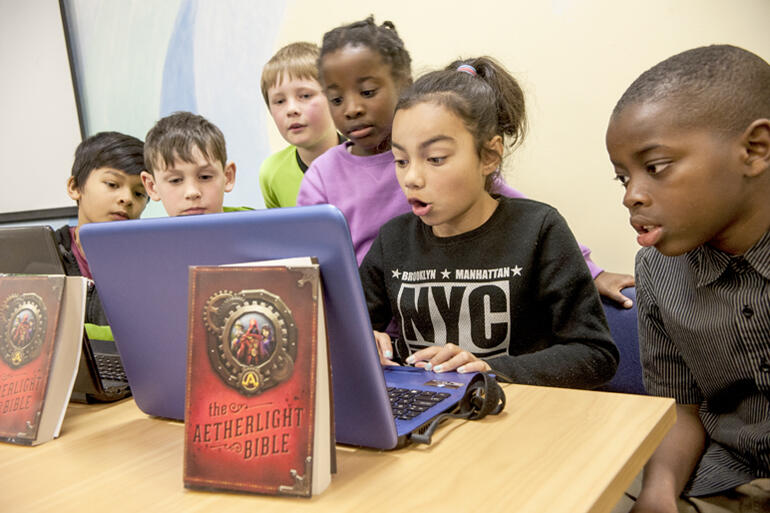 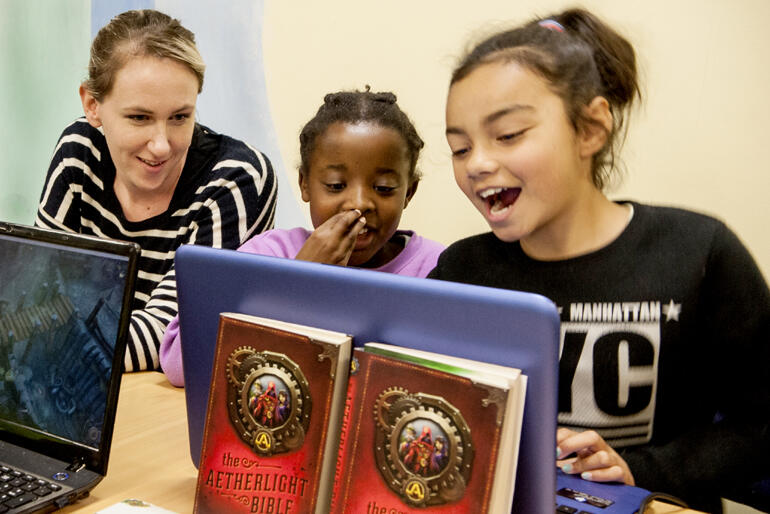 Thousands of kids around the world, including Kiwis, are playing a New Zealand made online Bible game designed to bring the Scriptures alive.

"We love it," was the resounding comment from kids at the Hope Centre Lower Hutt, who recently trialled The Aetherlight: Chronicles of the Resistance. So far, the game has more than 15,000 players across multiple platforms mainly from New Zealand, Australia and the United States, with 400 kids playing the game every day. Game makers Scarlet City in Auckland estimate more than 30,000 hours have been played worldwide.

The game tells a tale paralleling the story of the Bible, reimagining the Bible story as a ’steampunk’ allegory taking characters and stories from the Bible and putting a fresh face on them to connect with kids.  Bible Society is partnering with Scarlet City to help families and churches connect the story kids encounter in the world of Aethasia to the real story of the Bible.

”Reading the Bible for most kids these days is a foreign concept. This is way for them to engage with, and understand the Bible," said Hope Centre Lower Hutt Children's Pastor Sarah Hart.

Episodes are released every few months (episode two, The Resistance Takes Flight was released in July this year).

“By connecting game players to the big story of the Bible, The Aetherlight brings a significant opportunity to help pre-teens understand the Bible’s relevance in their lives," said Stephen Opie, Bible Society Programme Director.  “It really is the ancient art of storytelling for the 21st century.”

Scarlet City game developer and former pastor Paul Dunn said, "We want kids to play the game because we believe that they're engaging with a story that will shape their world for eternity."

The game comes with its own companion Bible, which has just been released in the USA and New Zealand.  The New Living Translation includes two unique codes to unlock exclusive game items.

The Aetherlight is available on PC and Macs, as well as Apple and Android mobile devices. Single episodes cost USD 9.99 (NZD 13.60) for a single player, or USD 19.99 (NZD 27.20) for a 5-person multi-player rate. Visit www.theaetherlight.com for full details or download the game from the app stores.