Aroha is the best way, always.

Archbishop Don Tamihere and Archbishop Philip Richardson celebrate Christ's resurrection, recalling his life as an indigenous man whose call to love, no matter what, challenges us to solidarity with the despised and to confront the powers that be. 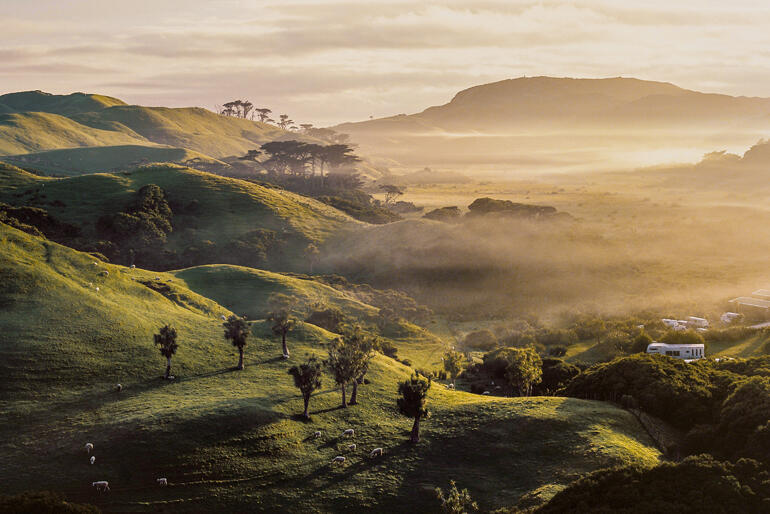 We think we know the story, don’t we? Jesus was born. He lived. He died. He rose again. Simple.
We remember his birth at Christmas. We remember his death and resurrection at Easter. We know that he taught about love and forgiveness. We know that he prayed for the sick and brought about amazing miracles. We know that Jesus came to serve and to save.
We know a little bit more too. We know that Jesus was an indigenous child. He was born to an indigenous family and grew up in the land of his ancestors. He was raised in the teachings of his ancestor prophets, learned ancestral songs and proverbs, read their scriptures, and worshipped in the synagogues and in the temple that his people had first built almost 1000 years before he was born.
Jesus was raised in a time of brutal colonisation, when his people were oppressed by a foreign power. He chose to live his life as a servant of the people, and to challenge the powerful. He stood alongside the hated and the marginalised of society, the poor, the sick, the prostitute, the Roman-employed tax collector, the migrant, and the widow.
He loved his family and friends. He pushed them to think and to live and to love. He demanded that they be the very best that they could be, morally and spiritually. He was unafraid to critique the failings of his own culture and the belief systems of his people. He believed that love was a better way, always.
Jesus took on those who held position and authority. He challenged the Pharisees, who were the priests, elders and educated leaders of his time. He had low tolerance for their pride and self-interest. He held them accountable for the way they treated others and exposed their hypocrisy.
Jesus challenged the colonising powers of his day, and the puppet rulers that they installed. This made Jesus unpopular amongst the rulers of the age. They grew to hate him,  and so much so that they sought to have him killed. They initiated proceedings, brought him before a court of their own making, and handed him over to the Roman authorities.
And so it was that Jesus was killed by Roman hand. Nailed to a cross, and left to die.
And, as the story tells us, after three days God raised Jesus from the dead. God saw something within Jesus that was worthy of eternity.
To follow Jesus is to live as he lived, and to do as he did.
In an age where we struggle still with the brutal legacies of colonisation, of pandemic, and of war, we are called by the Christ to live as humble servants and to challenge the powers that be. We are called to stand alongside the hated, the despised, and the marginalised, until they are hated and despised and marginalised no more.
We are called to continually demand the best of ourselves and of those that we love. We must be unafraid to critique and change our own whakapono and our own tikanga. We must call each other to aroha, because aroha is the better way, always.
When we do these things, we become the resurrection that Jesus experienced. We become new life in a world that desperately needs it.
And so, this Easter season, may the story of Jesus be resurrected in you. May you live like Jesus lived, serve like Jesus served, and love like Jesus loved. May you live a resurrected life.
Nā māua nei i runga i te aroha,
In love,