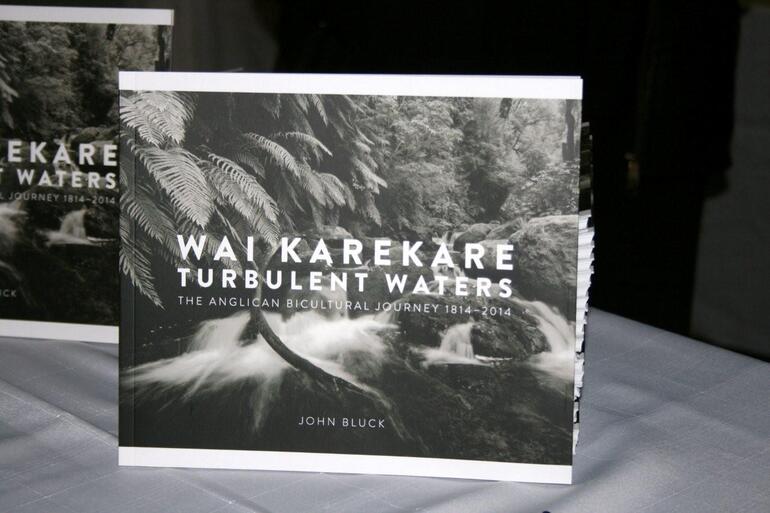 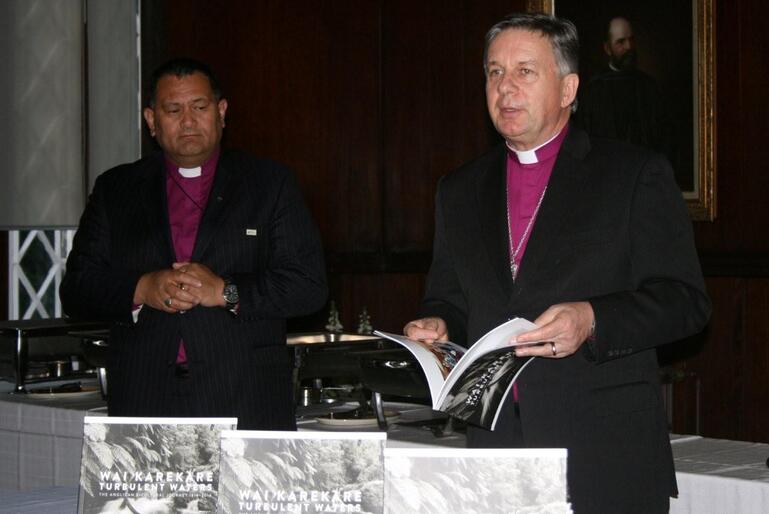 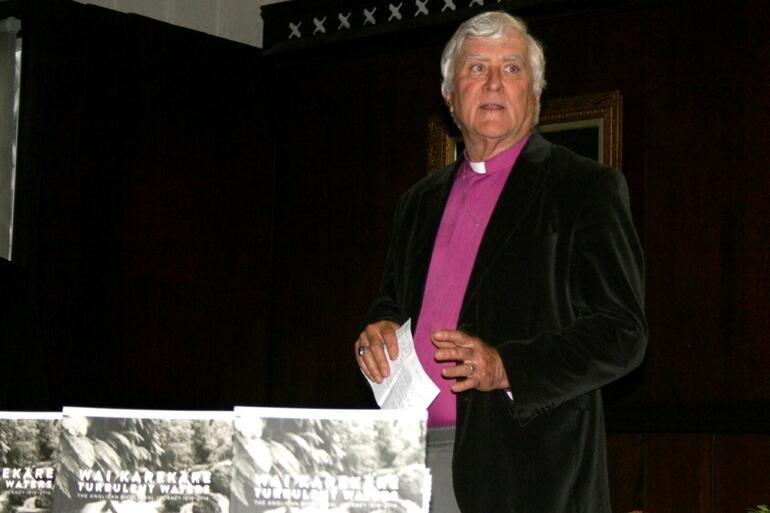 A new book charting the 200-year Anglican bicultural journey in New Zealand has been launched.

Wai Karekare – Turbulent Waters was briefly aired in Fiji at the General Synod, when it was presented to Tikanga Pasefika leaders, but last night it was sent out into the world with due ceremony at this month's meeting of Te Kotahitanga.

The 80-page book, which was written by John Bluck, the former Bishop of Waiapu, and produced by Anglican Taonga designer Marcus Thomas, is in easy-to-read short sections held together by the central image of a braided river.

The river’s graphic strands wind through the publication, linking milestone stories and photographs of Maori and Pakeha. Bishop Bluck describes the history of that bicultural relationship in a succinct phrase: “mostly separate, sometimes together, rarely easily, often in collision.”

Bishop Bluck also honoured the many people who had supported the project, especially Marcus Thomas, whose design makes the book so visually appealing.

He also paid tribute to the late Canon Hone Kaa, who supplied the book's title "Wai Karekare - turbulent waters" to describe the often conflicted story of Anglicans in Aotearoa.

Wai Karekare – Turbulent Waters was commissioned by the General Synod Standing Committee as a resource to help mark the church’s bicentennary in 2014.

It supercedes the booklet Te Kaupapa Tikanga Rua – bicultural development, which was published shortly before the three-tikanga constitution came into being 20 years ago.

Copies of Wai Karekare – Turbulent Waters are available now for $10 each, plus post and packaging, from Tuia, the General Synod Office in Auckland.

To get your copy, email Marissa Alix on gensec@ang.org.nz or call her on (09) 521-4439. The books will be dispatched with invoices.

The book will also be distributed around the country, and people will soon be able to buy copies direct from their diocese or hui amorangi.