Quake brings out the hero in us

We’re all called to be heroes, even when we think there’s nothing particularly special or outstanding about us, says the preacher at the open-air Eucharist in Cathedral Square. 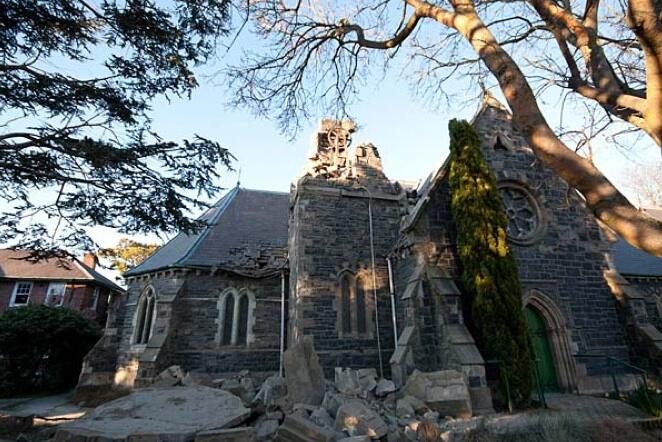 At five o’clock last Saturday morning, I found myself standing outside my house in my pyjamas, barefoot and wearing the first thing I’d grabbed on the way out – an orange bobble hat.

The street was full of people looking slightly dazed, and kids clutching their favourite toys, a lot of dogs and an unconcerned rabbit in a cage.

And I had a conversation with one of my neighbours – in boxer shorts and gumboots – for what I think was the first time ever.

“That was a bit of a shock, eh?” he said. “But we got up and counted the kids. They were all there. Every glass in the house is broken, and the chimney’s come down through the roof, but it could’ve been worse. She’ll be right.”

For the next hour or so, neighbours with flashlights checked on each other. In the days since, volunteers have jammed into relief centers. University students have turned up on random streets, shovels in hand, to help the homeowners clean up.

Christchurch has come into its own.

It’s a very Kiwi sort of heroism. It’s unassuming and unobtrusive, and it struggles to keep things ordinary in the most extraordinary of times.

You could see it last Sunday morning with the police on the roadblocks in the city centre, so tired they were almost swaying – but they were still there, quitely getting on with it.

You can see it in the people working tirelessly at the emergency operations centre in the Art Gallery.

You can see it in the ordinary Christchurch people who made soup for everyone in a street, or showed up to dig the neighbours’ rose bushes out of the silt.

In the last eight days we have rediscovered in ourselves the possibility of that kind of courage.

This morning’s reading from 1 Corinthians 13 is about heroism. St Paul calls it love, which makes us think about soft-focus romantic cliché.

But he means something much more practical. It’s about looking out for somebody else even at a cost to yourself.

You can’t fall into it like a soft job, without dirtying your hands. It takes muscle and guts. It’s the kind of love that builds and rebuilds communities.

In the language of insurance policies, the Canterbury quake was "an act of God". And I suppose that’s true for some people, who see God micro-managing every single thing that happens, like a paranoid stage director.

Maybe, we think, the quake meant that God was punishing us, so we rack our brains to think what we’ve done

Or maybe we say, God’s looking out specially for us because we got through the quake without any loss of life. I suppose there might be something comforting about thinking that our fate is beyond our control.

We have a God who believes in new life, life in all its fullness. We don’t avert our eyes when things go wrong in the world, or whistle cheerfully and pretend that nothing’s happened.

The first place to look for God is always in the facts, the way things are. All the neat explanations for why things happen as they do are just so many words,

We’re all called to be heroes, even when we think there’s nothing particularly special or outstanding about us.

We all have our faults and our failings and our particular delusions of competence.

Our heroism doesn’t have to be flashy and impressive. It just means giving up our habits of self-defence, and the illusion that we can live on our own resources.

To be a hero is nothing more than to live an undefended life. It is to be open to whatever God has in store for us, wherever that might be, however it might cost us to get there.

And it starts when we pause for just for a moment and then  join with God in remaking the world.