Mission: 'our mode of existence' 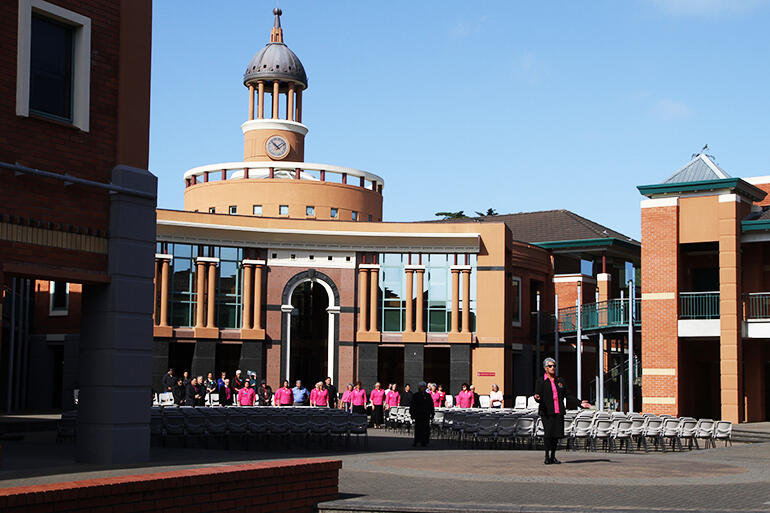 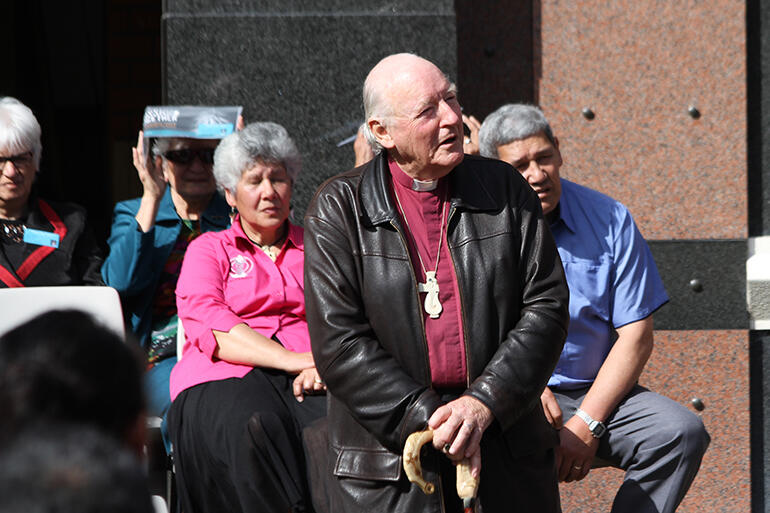 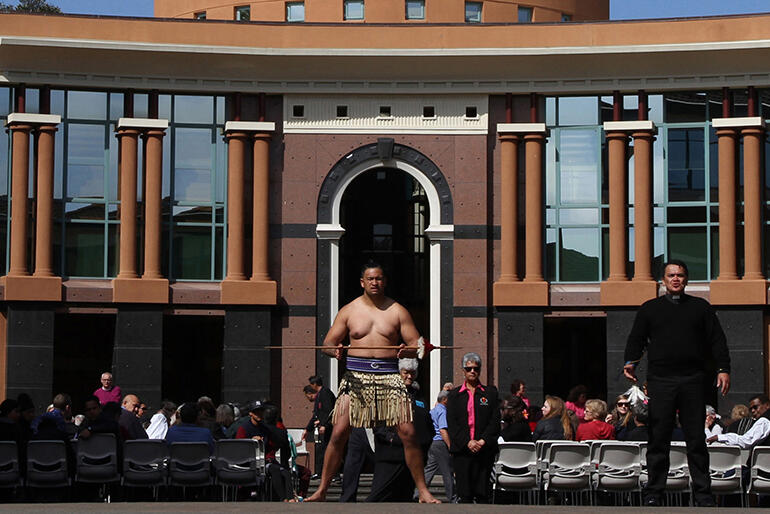 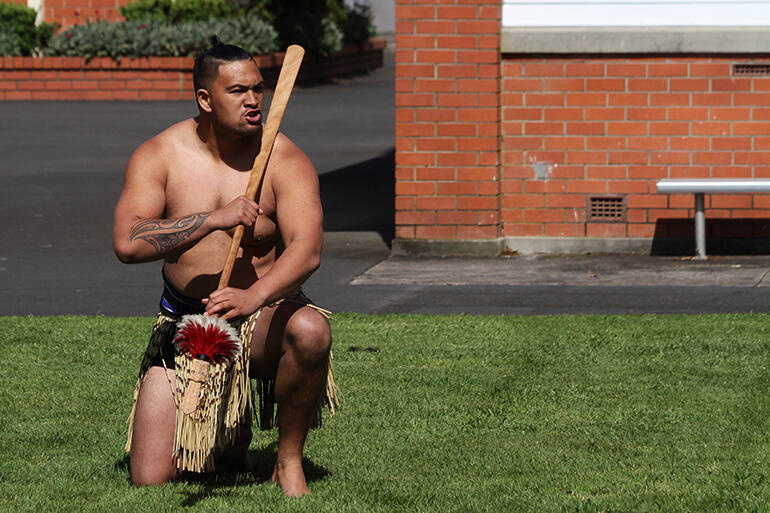 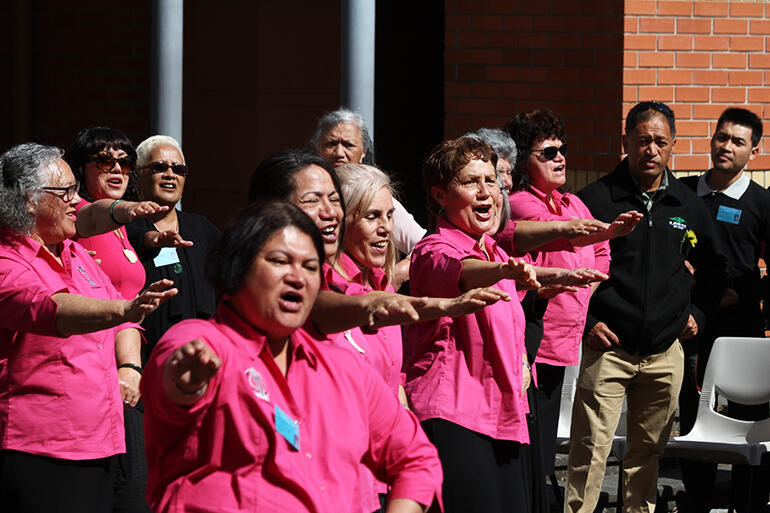 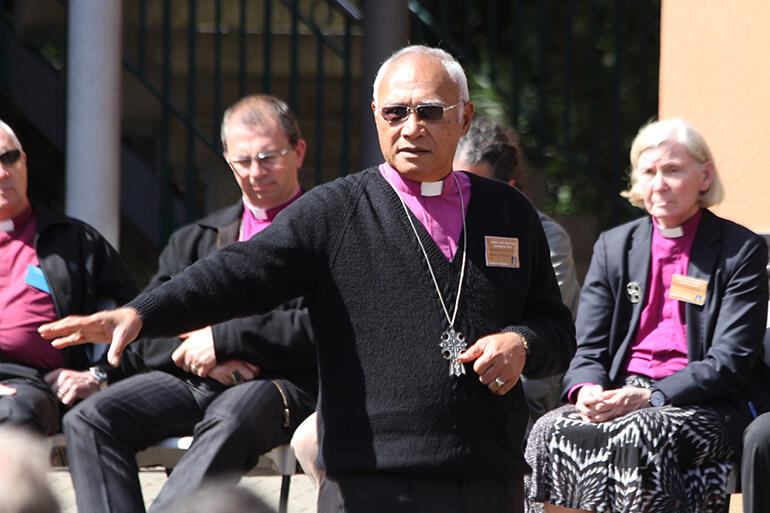 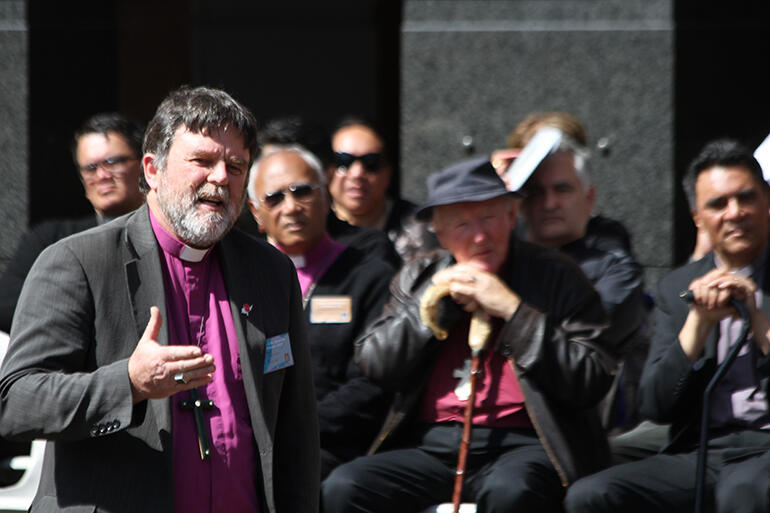 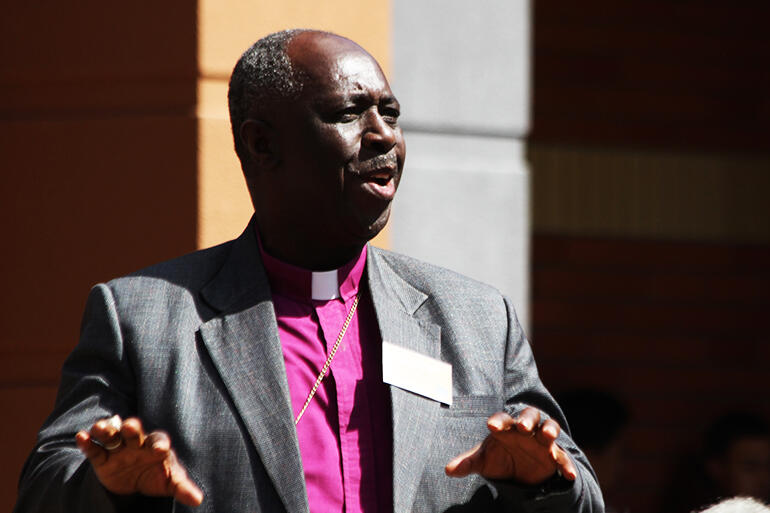 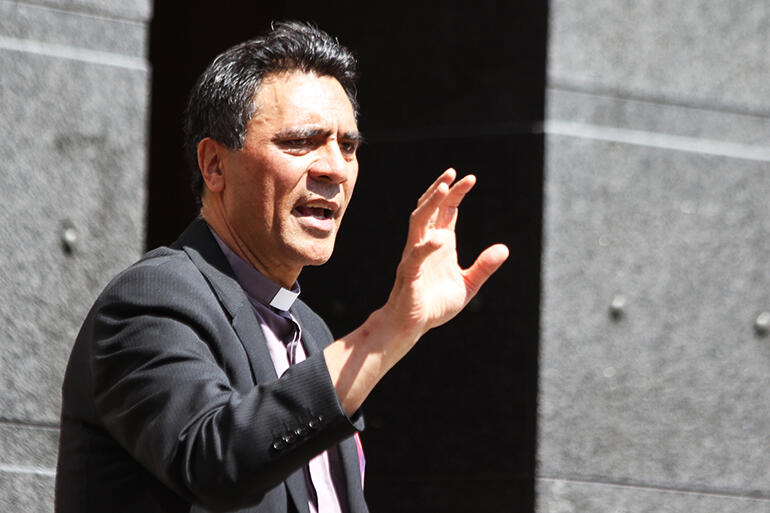 Almost 400 people jammed into the arena which is at the heart of King’s College Otahuhu yesterday for the powhiri that launched the 2015 Common Life Missions Conference.

They came from all walks, and from all corners – including Africa, Australia, England and the Middle East – to reaffirm their convictions that mission involving every person in the Communion, is at the heart of Anglicanism.

Or, as the conference’s keynote speaker, the Rev Dr Chris Wright, later put it: “It’s not so much the case that God has a mission for the church, to be carried out by a few church-paid professionals – as that God has a church for his mission.”

The morning’s powhiri was conducted in two stages – a welcome first to the larger group, the conference-goers from within the church in Aotearoa, New Zealand and Polynesia, and then a welcome to the overseas guests, speakers and workshop presenters.

No one - and no thing - should be forgotten

Perhaps the most poignant moment of the morning’s ceremonies came when Archbishop Winston Halapua, the Bishop of the Diocese of Polynesia – who therefore has a responsibility for tiny island nations scattered across the southern Pacific Ocean – pleaded that “no name known before God should ever be left behind or eradicated”.

He recalled how, when he was a theological student in Britain in the 1970s, he would join with his fellow students in singing the chorus: This is the day that the Lord has made.

That chorus, Archbishop Winston reminded his hearers, had been sung around the globe for decades – but its Fijian author, to whom acknowledgment and royalties were due, had never been named or honoured.

Archbishop Winston then named the tiny island nations of Kiribas, Tuvalu and the Marshall Islands which, he said, were in imminent danger of sinking beneath the waves of the Pacific Ocean.

Those islands, he said, were precious to God and should not be left to sink beneath apathy about climate change.

Care of Creation - the Biblical mandate

Archbishop Winston’s plea for Creation was echoed by Dr Chris Wright in the first of his four keynote addresses.

He spoke first on the Anglican Communion’s Five Marks of Mission which, he said, “were a remarkably comprehensive and holistic list that can be shown to have deep roots in the whole Bible.”

He then dwelt on each of the five marks (the full text is here), finishing his survey with some observations about the care of creation:

“The Great Commission does not begin with a command but with an affirmation, ‘All authority in heaven and earth is given to me.’  That combination ‘heaven and earth’ is the typical scriptural way of referring to the whole of creation. It’s not only where Jesus starts, it's also where the Bible starts (Genesis 1:1), and where the Bible ends (with a new heaven and new earth  - the new creation, of Revelation 21-22).  The whole mission of God in the Bible story runs from creation to new creation, and Jesus stands at the the centre of it, claiming to be Lord over it all. Jesus is not just ‘up in heaven’. Jesus is Lord of heaven and earth.”

“He is the landlord and we are his tenants. The earth is his property and we are stewards of it, accountable to him for what we do on and with it...

“The whole universe, including our planet Earth, was created by and for Christ, is sustained in existence by Christ, belongs to Christ as his inheritance, and has been redeemed by Christ through the cross."

Would you trash His property?

Dr Wright went on to express his frustration that some Christians, who are happy to acknowledge the lordship of Jesus Christ in matters of personal salvation are, by blithe neglect of their responsibilities where the care of Creation is concerned, complicit in “trashing His property.”

“It is baffling to me that there are so many Christians, including sadly (and especially) those who claim to be evangelicals, for whom this matter of creation-care, or ecological concern and action, is weak and neglected at best, and even rejected with hostile prejudice at worst.”

“Praise God, I believe that too.

“But the Bible has a much bigger story, the story of the whole creation, within which my personal salvation fits. And the Lordship of Christ spans the whole story. So I need to see him as Lord of my physical environment as well as my spiritual salvation, and behave as his disciple in relation to both.”

Lord of the streets and the skies

Dr Wright wrapped up his survey with three conclusions:

First, that “God’s whole mission”, he said, “is for God’s whole church.”

Secondly, that the whole church’s mission includes every church member.

“If the whole church exists for God’s mission, then so do all its members... We need to radically challenge the mistaken paradigm that only some members are ‘mission partners’.  What does that make the rest of us? Non-mission partners?  Sleeping partners?”

Finally, that there is no secular-sacred divide.

“Jesus,” said Dr Wright, “is Lord of the workplace and the family, Lord of the streets and the skies, Lord of schools and slums, Lord of hospitals and housing, Lord of governments, business, academia, sport and culture, Lord of all time and space.

“So the discipleship and mission that Jesus calls us into is for the whole of life. If Jesus is Lord of heaven and earth then there is no place, no job, no vocation, no day or night, no part of life at all, that is exempt from the rest of what he says in the Great Commission and all that it refers back to in the rest of the Gospel.

“Mission is not an agenda, to be tackled by people assigned to ‘do it for the rest of us’.  Mission is the mode of existence for the whole life of every member of the whole church.”

Yesterday’s other events included the delivery of the first of some 30-odd mission workshops, Dr Wright’s second keynote address in the evening – his exegesis of Genesis 18:18-21 (see attached) – and a Tikanga Maori celebration of mission.