The Decade of Mission Commission died, was buried - and in its place a new Anglican mission move appears to be growing and flourishing. 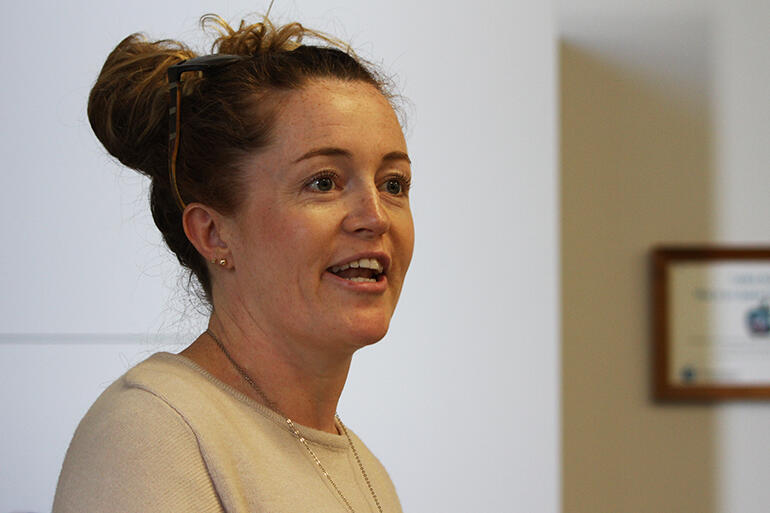 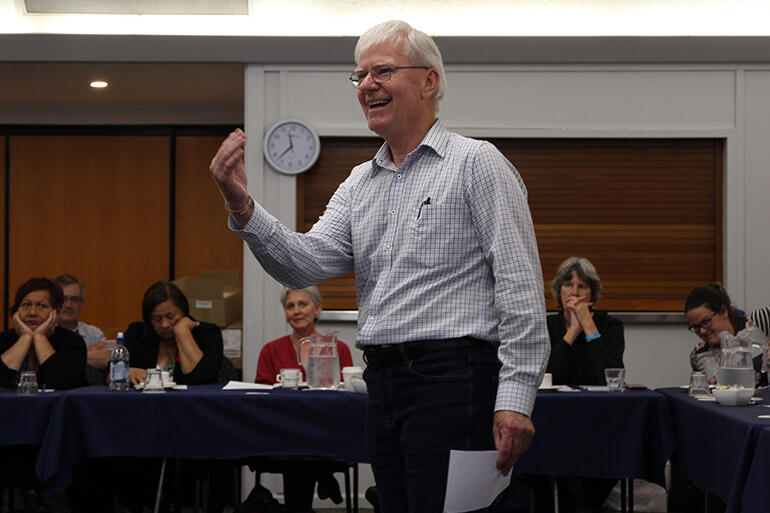 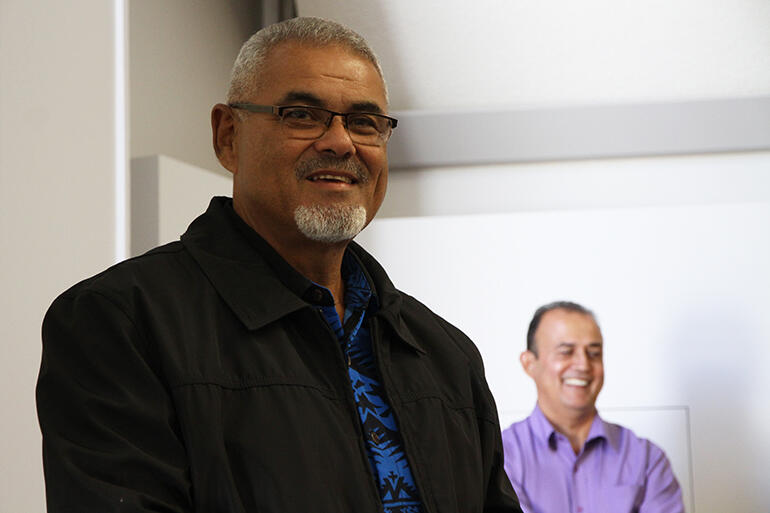 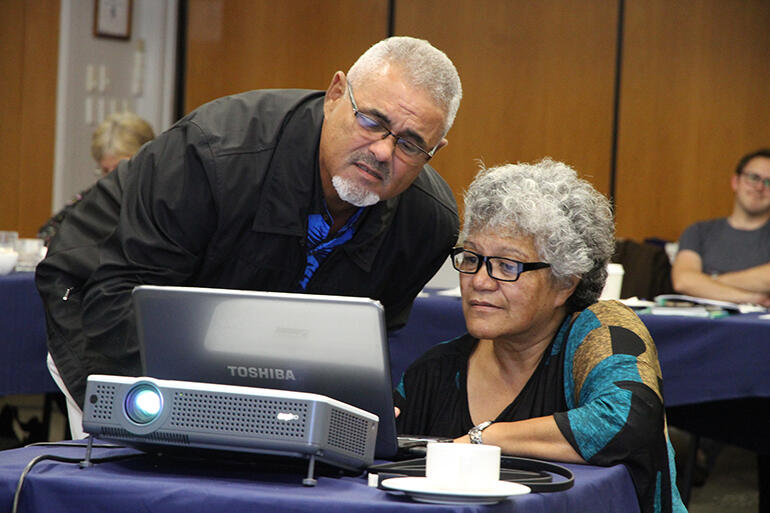 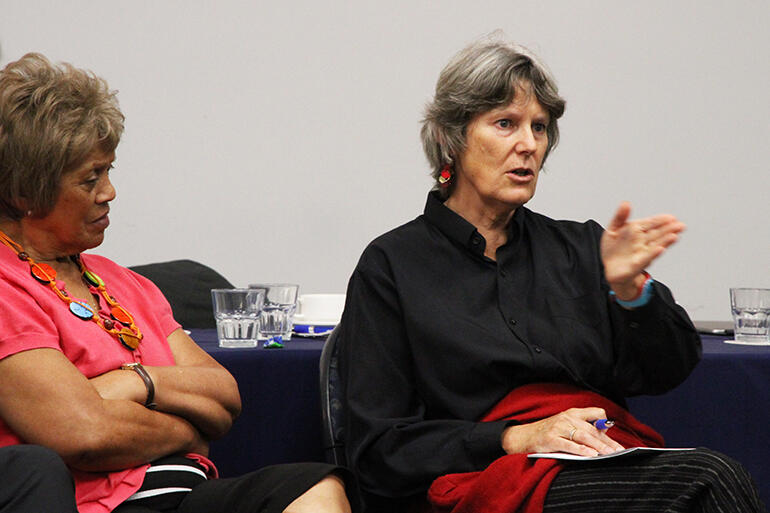 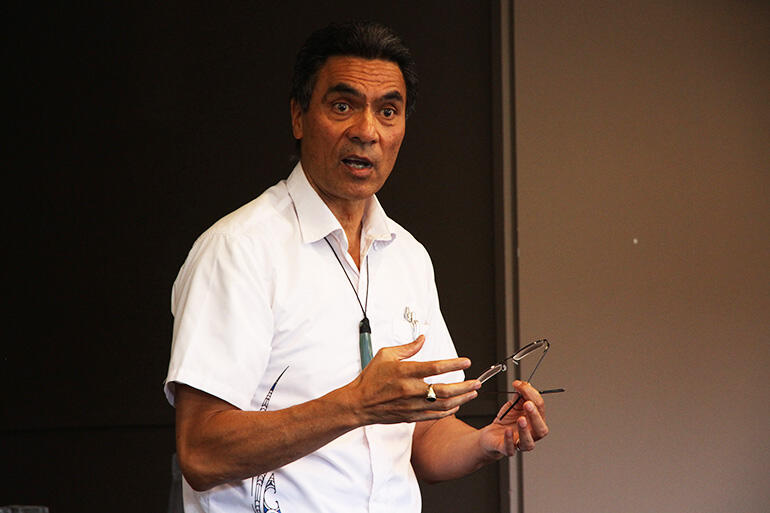 Last Saturday's Decade of Mission hui in Wellington just may have been a "Houston" moment in the life of the church.

That's the view of the Rev Jacynthia Murphy (Nga Puhi, Ngati Kaharau), who played a kaikorero role during the day – helper, fixer, encourager, MC, speaker-into-the-day – and who has since been reflecting on what she saw, heard and felt.

"I think," she says, "that we've taken some giant leaps.

"It's kinda that Houston thing. 'One small step – but one giant leap.'

Archbishop Philip Richardson, who was also present, puts it another way:

What he saw unfolding, he says, "is deeply encouraging for the health of the church."

That's all the more remarkable given that the original Decade of Mission Commission, which was launched at the 2014 General Synod, was going nowhere.

That overweight jalopy – it was carrying 18 three tikanga officers and office holders – sank up to its axles in the mud, and no amount of gunning the motor would jerk it free.

It dumped the 18-member Commission. Replaced it with a five-member group, with each member responsible for a specific mission thrust.

But that didn't get traction either.

Then two of those chair persons walked.

They called Archbishop Philip and General Secretary into their mix – and together they hit upon a missional formula which seems to work.

Jettisoning any attempt to invent or impose a top-down national programme (which is what the first Commission had tried to do) and starting again from the ground up. So, getting people to share their stories about what they are already doing at local level. Then, connecting those people. And seeing where that might lead.

In November last year, they trialled this turned-on-its-head thinking.

About 25 people turned up to that first hui – and if energy generated was anything to go by, that was a runaway success.

But there was a feeling too, particularly from people at the progressive end of the spectrum, that people needed not just to hear about the necessity of proclaiming faith – but also about putting faith into action.

So, the hui organisers tinkered with the settings – and the Decade of Mission Hui, Mark 2, held in Wellington on Saturday, seemed to get it about right.

For a start, where 25 had turned up to the first hui – more than 40 showed up this time. Good news travels well, apparently.

The Mark 2 DOM hui began, as before, with people sharing their stories in small groups.

And in the plenary feedback from those groups we heard of the quite extraordinary range of mission that Anglicans are involved in: from Minita a Whanau (which is spreading like wildfire in Tikanga Maori), through Messy Church, through Alpha, addiction counselling, suicide prevention, kapa haka as mission, men's groups… through at least 20 more things besides.

The reporting back of those stories was followed by some plenary inputs – from Aimee Mai, who is the CEO of CAP (Christians against Poverty), and who is remarkably effective in "holding a room."

Aimee said it straight: poverty is demonic. The thief seeks "to steal, kill and destroy" and one in four of the people who seek CAP's help have contemplated suicide.

CAP works with the local church to "bring good news to the poor" – helping its clients both to work their way out of debt (in part, by going in to bat for them with their creditors) and to find new life in Christ.

Then it was the turn of Bishops Henry Bull and Gabriel Sharma from the Diocese of Polynesia.

Bishop Henry encouraged the hui goers "to have confidence in the Gospel – for it is the power of God to change lives," and he finished with this exhortation:

"But everyone can love."

While Bishop Gabriel concluded his contribution by delivering, in full, a sermon apparently delivered by a recent St John's College ordinand:

"In the name of the Father, Son and Holy Ghost:

"Go out and tell those who don't know.

After lunch there were breakout workshop sessions to explore prayer, discipleship, structural change in the church (to identify roadblocks to mission), through 'Care by Creation' (led by Rod Oram) and "Evangelism and the Common Good" – which was a workshop, led by Bishop Richard Randerson, whose subtitle was: How western socio-economic ideologies are choking gospel values and how the Church can respond.

So, the day was a success. A big success.

"I'm thrilled," he said. "There was an enormous amount of energy throughout the whole day.

"I think we have actually, finally, found the right balance of engagement with what people bring from their own contexts – with really good, high quality input.

"The other thing I would say is that we have here happily accepted a very broad and diverse definition of mission.

"So, for example, there seems to be a real appreciation that evangelism needs to be understood in an individual, a family and societal sense. Those are each critical components.

"And actually, evangelism and social justice are not two siloed, competing priorities. They are utterly interdependent.

"I think there was a much higher level of acceptance and engagement with that basic proposition that we've seen or heard before.

"So, this is deeply encouraging for the health of the church."

So where to from here, then?

It's too soon to say, of course. That will have to wait at least until the planning group does a debrief.

But Archbishop Philip already has one idea he's going to toss into the mix:

"Could we ripple this kind of gathering out on a regional basis?

"Could we replicate this on a region-by-region basis?

"So we offer people from the individual dioceses and amorangi the opportunity of really listening across the tikanga – which we don't do well at a regional and local level?

"Just imagine the encouragement and energy the episcopal units and their bishops would gather from something like this?"

"One of the things I heard a lot was: change:

"I heard that word in every room. Change.

"People want change. They desire change. They see that change is needed. How do we bring about change? How do we go from being to doing? That's through change.

"And one of those changes is that the older generation needs to hand over control.

"And let (the younger generations) do mission in the way they want to.

"I want to be part of making that happen.

Jacynthia says her own thinking about ministry has changed, significantly, over the past year.

"I don't want," she says, "to do the maintenance thing any more.

"I did that for 15 years... but I'm more radical and confident now.