The Common Life Liturgical Commission has released a new revised edition of A New Zealand Prayer Book - He Karakia Mihinare o Aotearoa that comes after many years of specialist work from experts across the Province. 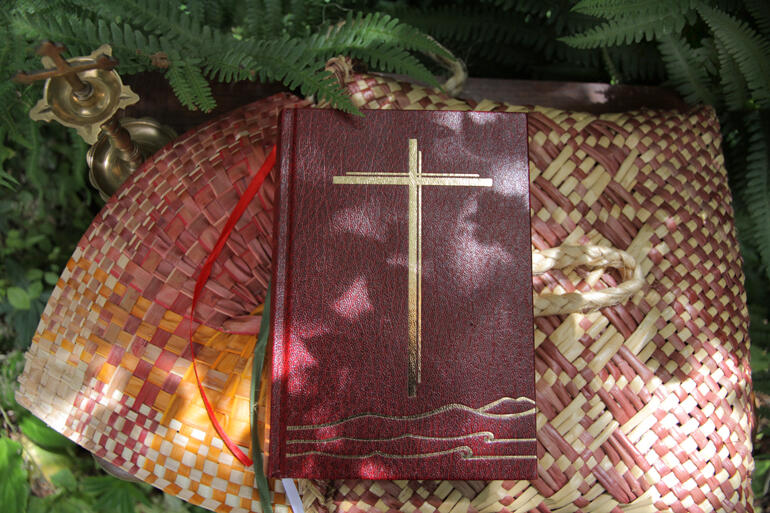 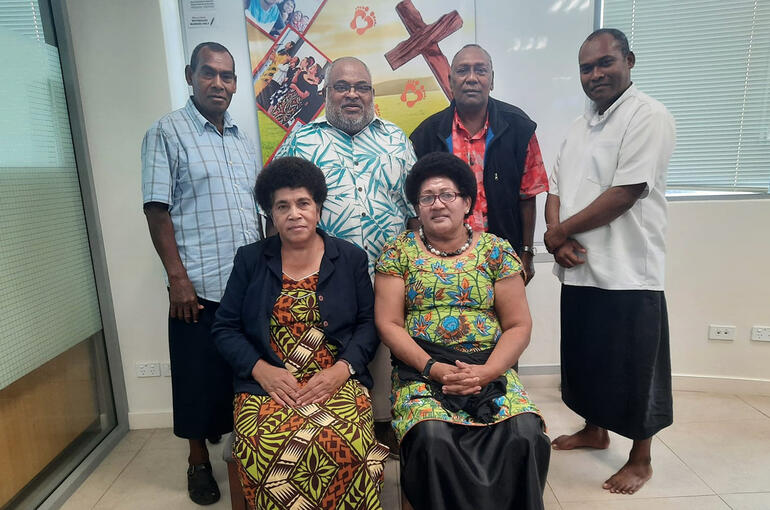 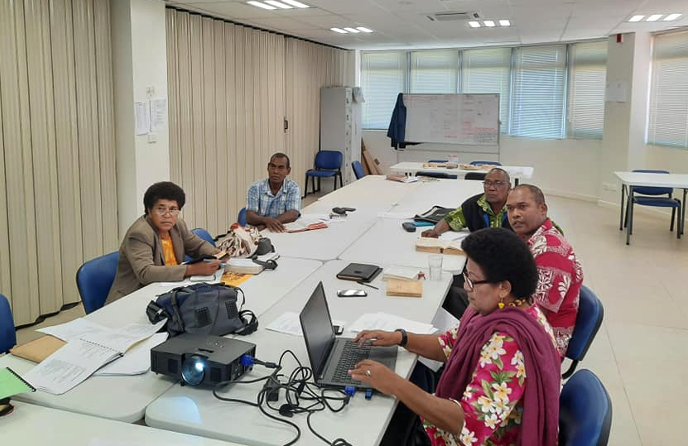 The Common Life Liturgical Commission of the Anglican Church in Aotearoa, New Zealand and Polynesia has launched a newly revised version of ‘A New Zealand Prayer Book He Karakia Mihinare o Aotearoa’. This expanded 2020 publication comes as the culmination of work carried out over two decades by more than 25 translators, theologians, proof-readers and scribes.

In the 2020 edition are four revised Page 404 Liturgies of the Eucharist in Fijian, Hindi, Samoan and Tongan, as well as a newly translated Page 476 Eucharistic liturgy in Samoan.

Also new in this edition are a full schema of sentences and collects in te reo Māori that establish the gospel theme for each Sunday in the three-year lectionary cycle. These new texts are for use whenever Eucharistic liturgies are celebrated in te reo Māori. The Page 499 Liturgy of the Eucharist in te reo Māori has been 'relined' for ease of use.

The latest revisions are the fruits of work put in by more than 25 translators across Tikanga Maori and Tikanga Pasifika, working across the five main languages now in the new edition, but also drawing on the insights contributors have brought to the task from many different dialects, including many linguistic differences across Tikanga Māori and at least seven distinct dialects in use in Fijian Anglican churches alone.

A further 26 pages of new content in English has been added to the final pages of the Prayer Book, which include Alternate Great Thanksgiving prayers, including for use in worship with children. Also in this section are two new service formats: an alternate Form for Ordering of the Eucharist and a Form for Ordering a Service of the Word. The new material in English starts on Page 949.

Liturgies of the Eucharist in Fijian and Samoan

Archbishop Fereimi Cama said this week that the Diocese of Polynesia will greatly benefit from the ability to pray in one voice using the new Eucharistic liturgies for each language in the diocese.

“The great joy for us is that we are able to use the new Prayer Book which includes all the different languages available in our Province and wherever we worship, we can follow the service in our own language.”

Archbishop Fereimi worked on the Fijian translation team over the five-year period it took from first translation, to its trial around the parishes and finally its blessing for use. He knows as well as anyone how much work it has taken to draw together one liturgy that will work for people worshipping across the seven main Fijian dialect groups spoken in parishes in Fiji.

Archbishop Fereimi has inherited the oversight of the diocese’s work on translation revision from Archbishop Jabez Bryce who initiated the project almost 20 years ago, and in turn from Archbishop Winston Halapua, who led work on key revisions during his time as Bishop of Polynesia.

Since 2012 Principal of St John the Baptist Theological College in Suva, Rev Sione Uluilakepa  has been the Prayer Book revision coordinator for the Diocese of Polynesia, working with translation teams to keep momentum on the task alongside their primary roles in day-to-day ministry.

Retired clergy have made a significant contribution to the work, particularly the late Rev William Sanegar for the Fijian, Rev Edward Subramani for the Hindi, Archdeacon Taimalelagi Tuatagaloa Matalavea for the Samoan and Rev Epalahame Vea for the Tongan, with help from the late Rev Viliami Tohi.

When Archbishop Jaybez Bryce initiated the programme to develop new liturgies in the languages spoken in churches of the diocese, they were to hold the same place in regular Anglican Sunday worship as the ‘Page 404’ did in English. In the new edition the liturgies in Polynesian languages are listed as Page 404 with a letter denoting which language, ie. F404 for Fijian.

While the first edition of the Prayer Book already held Eucharistic liturgies, the balance of language, dialect and theological nuance meant that despite much work by individual priests and the diocese as a whole, many of the churches were regularly using liturgies with major differences.

The 2020 edition has solved a range of language and theological issues in the original liturgies, which mean that the Diocese of Polynesia now has crafted a book which is a resource for common prayer in each of the diocese’s main languages.

A brief overview on the translation story of the liturgies of the Eucharist in Fijian and Samoan follow below.

Before the Fijian translators set out, they needed to navigate a wide range of dialects to be able to anchor the liturgy in a single published text.

“If you speak the local dialect in Vanua Levu and you go over to the Eastern side, you can hear people speaking in front of you and have no idea what they are saying.” said Fr Sione of the differences in dialect. “So you talk about dialect, but some of these are really different languages.”

To find a common text, the Prayer Book translators turned to Bauan, a bridging language used by the chiefs in political power at the time that early missionaries sought a common point at which to find a written form for Fiji’s oral languages. Today Bauan has evolved, as people from across the Fiji Islands have added words from different iTaukei dialects.

Fr Sione reports that when used in worship, Bauan contains words that lead to different meanings, depending on which dialect group people hear it from.

“In the former Prayer Book liturgy there were words that sounded inappropriate in some dialects, so the priests were often editing the texts as they spoke, correcting them for the local dialect every time they celebrated.” said Fr Sione.

So although the new Fijian translation is hosted by one iTaukei dialect, it had to be tested by people from across seven different dialects commonly used in Fiji’s Anglican churches.

That meant testing the changes word by word, line by line, for how it read in every dialect.

Translations coordinator Rev Sione Uluilakepa says that now that complicated piece of work has been done for the Eucharistic liturgy, it has created a platform that translations of the pastoral liturgies in Fijian will be able to spring from.

New translations are underway for the Daily Prayers for use by small groups as well as for liturgies marking major life events including baptisms, weddings and funerals. The schema of sentences and collects have already been written, and are currently being trialled by Fijian speaking church communities.

The Eucharistic liturgy in Samoan had an international journey which traversed three different countries – each with different emphases they hoped the revised liturgy would capture when shaped into Samoan.

The revised Eucharist in Samoan was translated and approved in Samoa, where Anglican worship is commonly held in English.

Not so in Auckland, where the Samoan Anglican community choose to worship primarily in Samoan. The Samoan Aucklanders then revised the service to shift the language from word choices sent from Apia.

Next the revised translation went to American Samoa, where another round of changes shifted the liturgy once again.

After making thorough rounds of the three countries for revision and discussion, the final version of the primary Anglican Eucharistic liturgy in Samoan was accepted for trial and met approval in all three places in time for inclusion in the 2020 edition.

In addition to the work on Page 404, Rev Dr Frank Smith and Archdeacon Taimalelagi Tuatagaloa Matalavea led the translation of the Samoan page 476 liturgy. The page 476 version took a speedier route through the trial process and was approved in 2019, making it the first Samoan version of that service to be published in the Prayer Book.

Read more about the revised Hindi Liturgy of the Eucharist

Read more about the revised Tongan Liturgy of the Eucharist